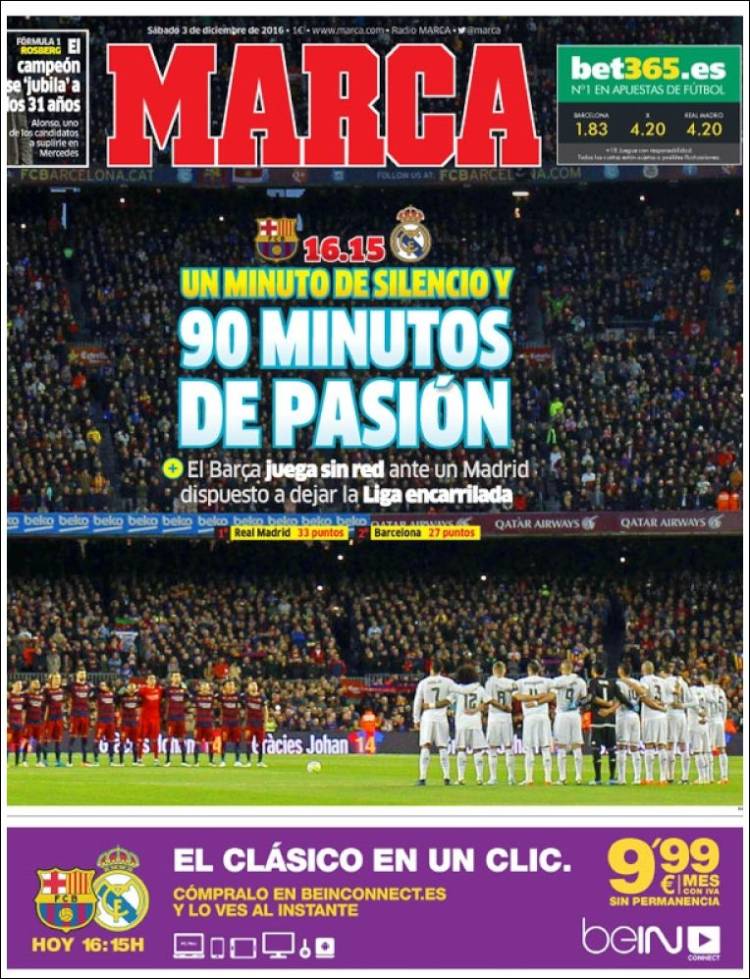 One minute of silence and 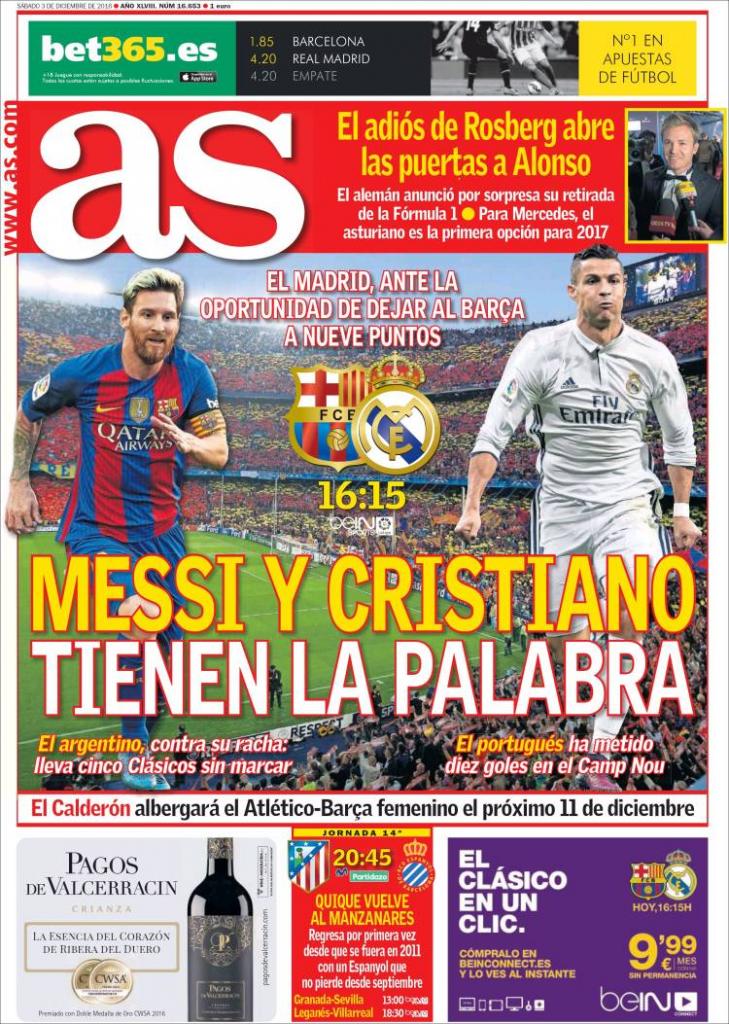 Take to the floor

Madrid have the chance to leave Barca nine points behind

The Argentine, despite his run, has gone five Clasicos without scoring

The Portuguese has scored 10 goals at Camp Nou 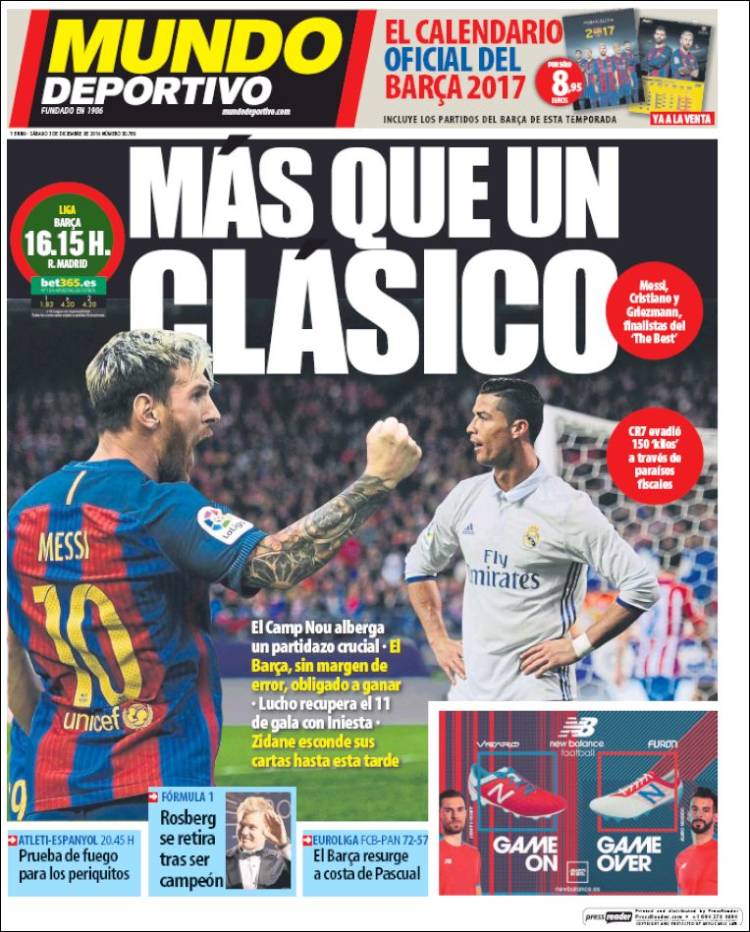 More than a Clasico

Barca, without margin of error, are forced to win

Lucho has Iniesta back

Zidane keeps his cards close to his chest

Messi, Cristiano and Griezmann, finalists for ‘The Best’