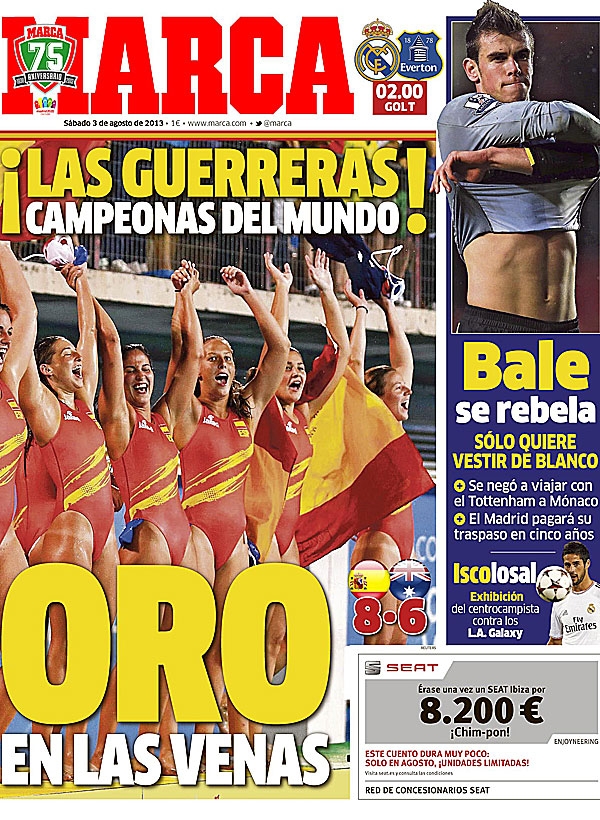 Isco: He puts on a exhibition against LA Galaxy 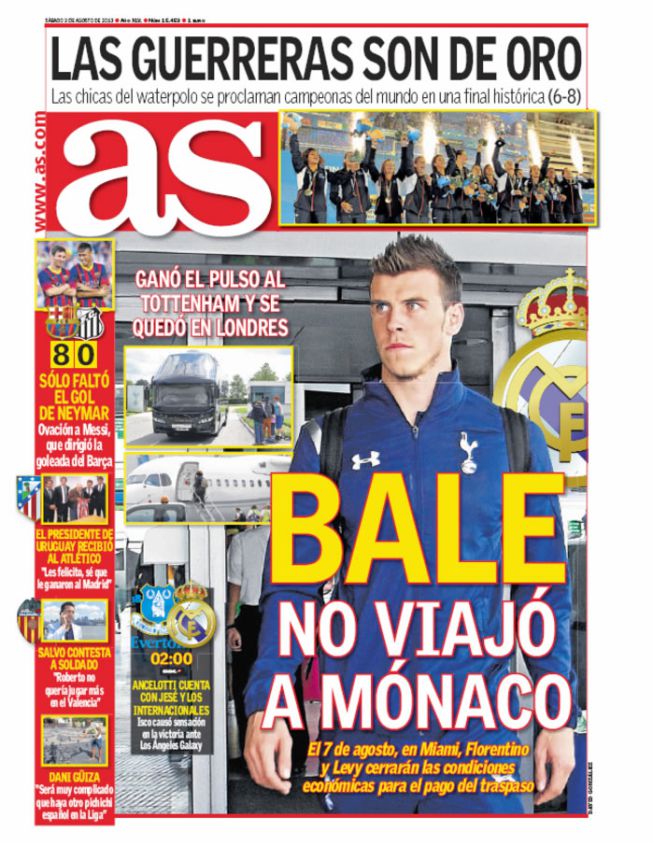 Bale does not travel to Monaco
On the 7th August. in Miami, Florentino and Levy are to close out the deal  for his transfer
He remains in London while his team leaves
Ancelotti counting on Jese and the internationals
Isco the sensation in the win against LA Galaxy
Barcelona 8-0 Santos: Only a goal from Neymar was missing
An ovation for Messi, who directed the goal the goal-feast from Barcelona
The President of Uruguay welcomes Atletico: "We congratulate them on beating Madrid"
Salvo answers for Soldado: "Roberto did not to play any more for Valencia"
Dani Guiza: "It is hard to see another Spanish player becoming Pichichi"
The warriors of gold
The girls waterpolo team become champions of the world after an historic final 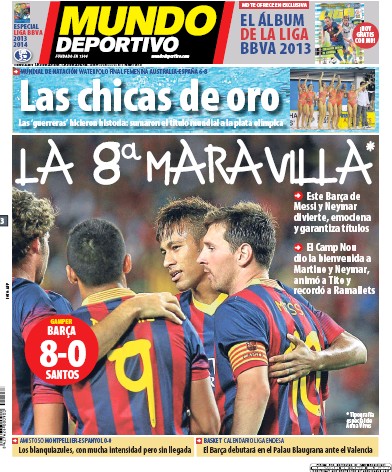 A marvelous 8
This Barca of Neymar and Messi were fun, exciting and should guarantee titles
Camp Nou gave a big welcome to Martino and Neymar while giving support to Tito and remembering Ramallets
The girls of gold
The warriors make history: They had the world title to their silver at the Olympics
Moto GP: Pol for Espargaro
Basketball: Barca will debut in the Palau Blaugrana against Valencia