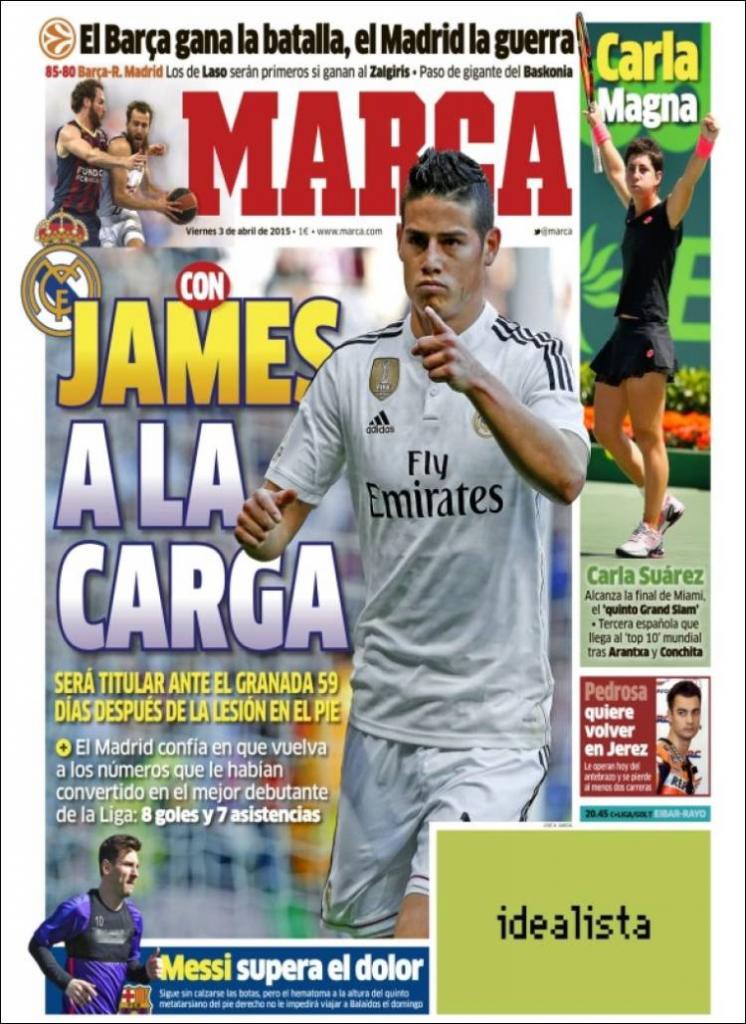 With James loaded up

Madrid are banking on him returning to the figures that made him the best La Liga debutant: eight goals and seven assists

Messi overcomes the pain. He still can’t put his boot on although the pain in his fifth metatarsal will not prevent him travelling to Balaidos on Sunday 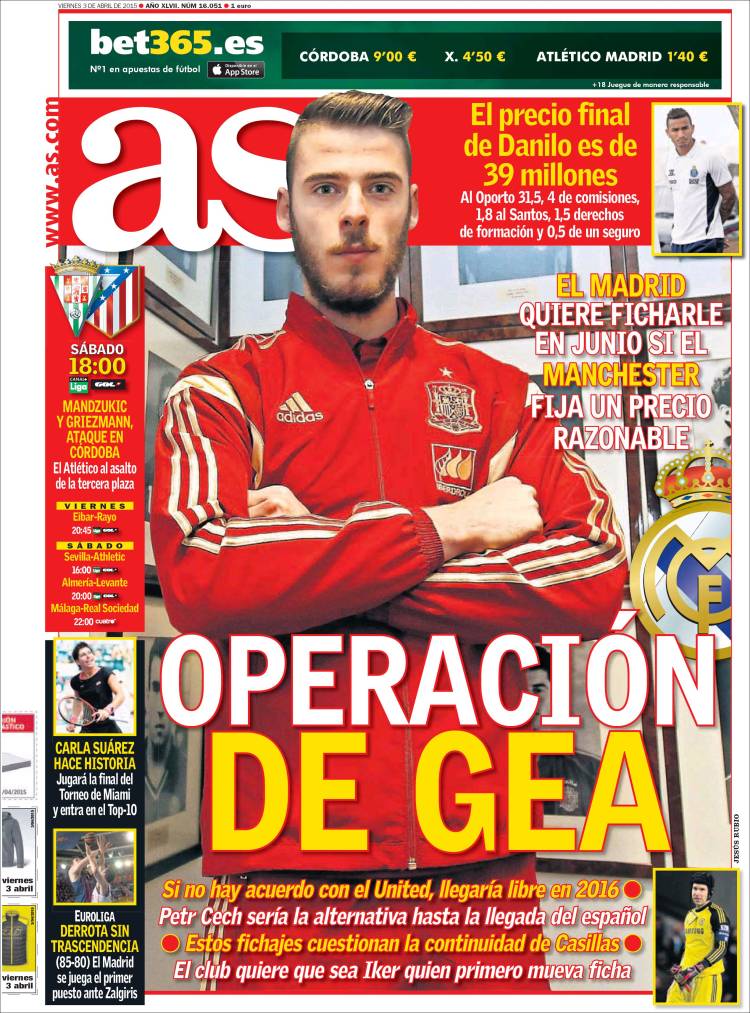 Petr Cech would be the alternative until the Spaniard arrives

These signings put a question mark over Casillas’ continuity

The club want Iker to make the first move

Mandzukic and Griezmann, the attack in Cordoba 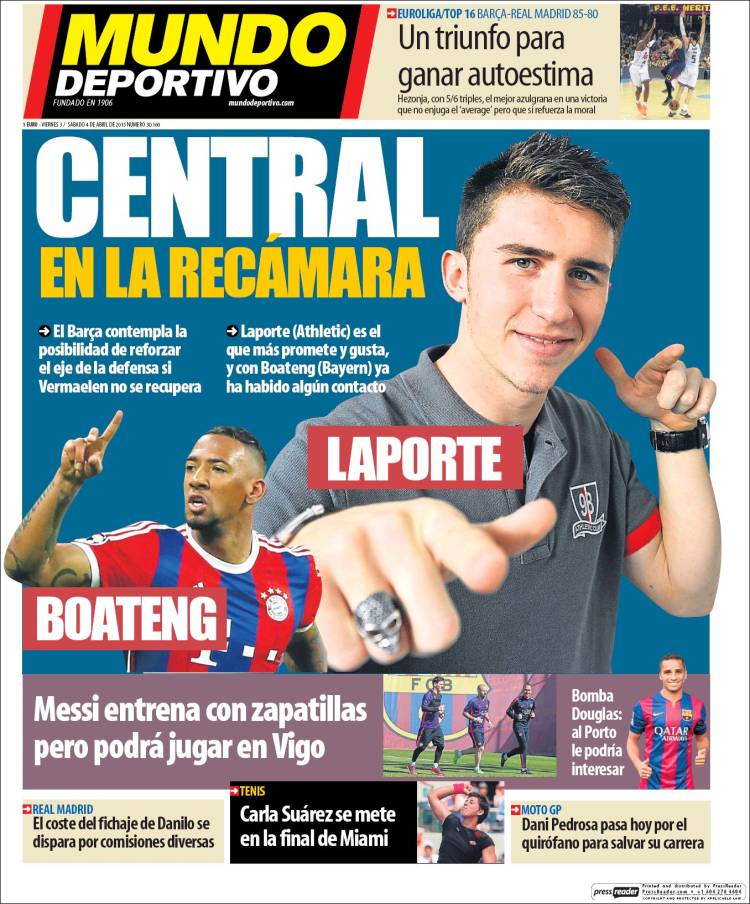 Central defender in the pipeline

Laporte (Athletic) is the most promising and the most liked, while there has already been contact with Boateng (Bayern)

Real Madrid: the cost of signing Danilo shoots up due to various commissions