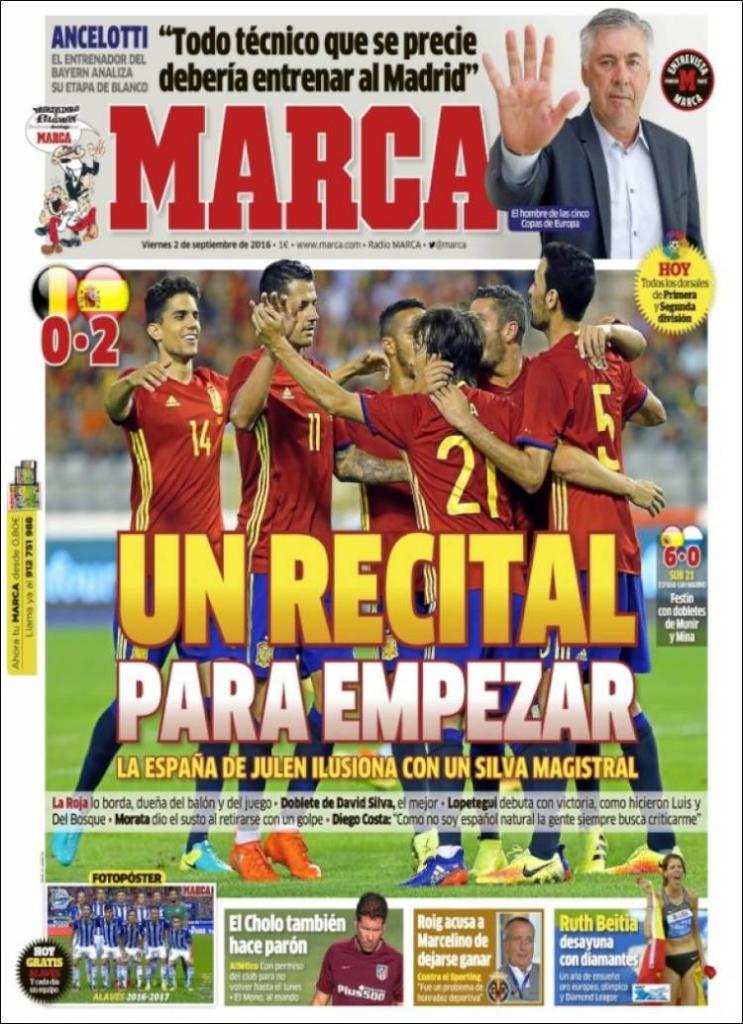 A concert to begin

Lopetegui's Spain with Silva as orchestrator

Spain owns the ball and the game, a great David Silva double, Lopetegui begins with a victory like Del Bosque and Aragones, Morata withdrawn after picking up an injury, Diego Costa: 'As I'm not naturally Spanish, people look to criticise me'

Ancelotti: 'All self-respecting managers should want to manage Madrid'

The man of 5 European Cups

Simeone has also stopped - returns to training on Monday 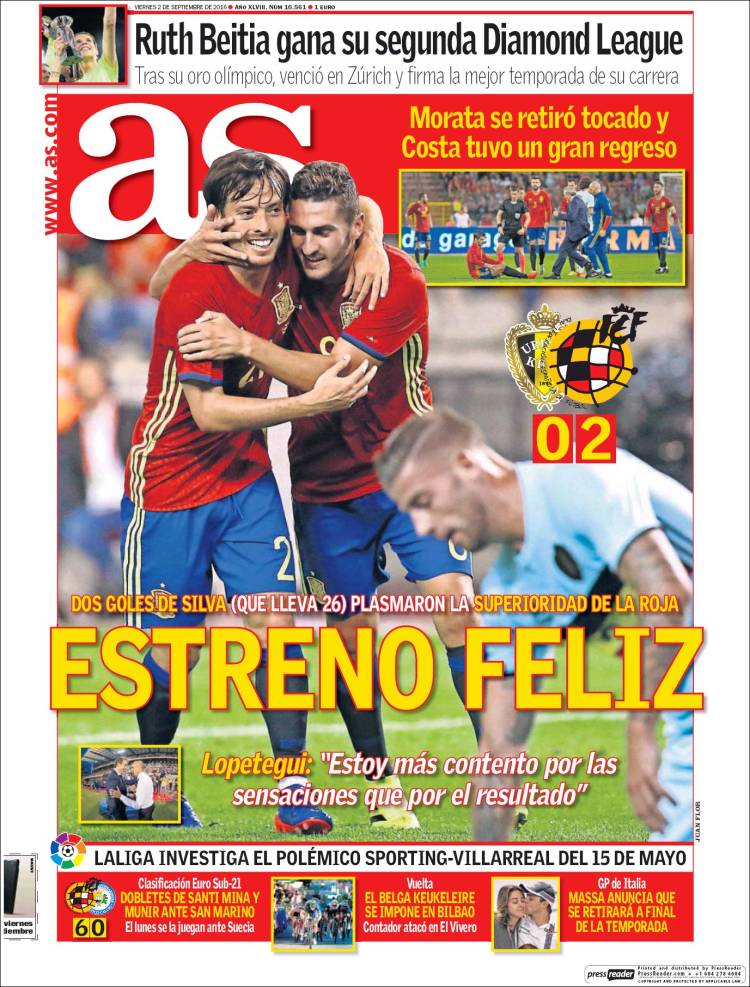 Lopetegui: 'I am very happy with the feeling of this result'

Morata came off earlier and Costa made a great comeback

LaLiga is investigating the controversial Villarreal v Sporting Gijon match of 15 May, 2016 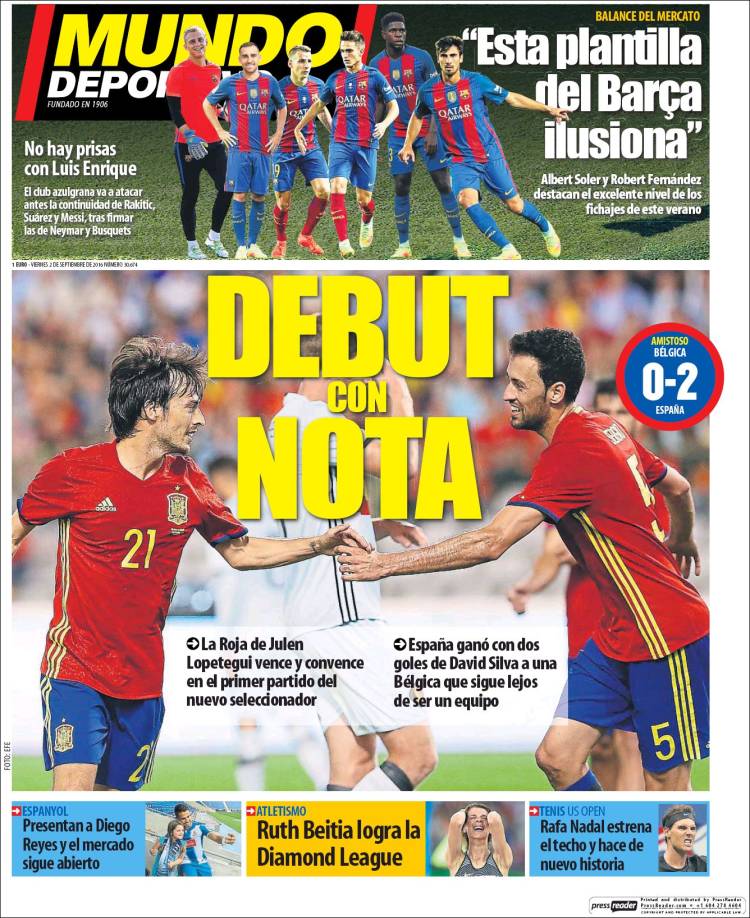 Lopetegui's Spain wins convincingly in his first match as manager

Spain won with two goals from David Silva against Belgium

There are no prizes with Luis Enrique - Barcelona will continue with Rakitic, Suarez Messi, sign on Busquets and Neymar

Espanyol present Diego Reyes and the market is still open