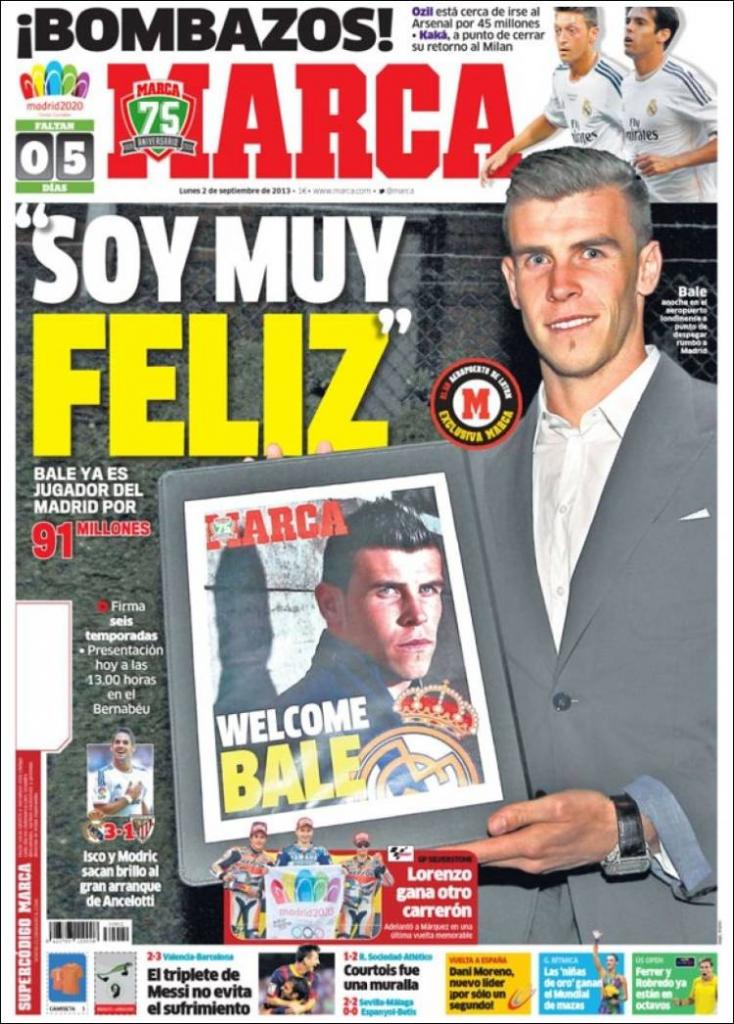 Bale is a Real Madrid player for €91m

He signs for six seasons

His presentation will be today at 1300 at the Bernabeu

Ozil close to a move to Arsenal for €45m

Kaka is about to move back to Milan

Takes over Marquez in the last memorable lap

Valencia 2-3 Barcelona: A hat-trick for Messi but they still suffer

La Vuelta of Spain: Dani Moreno, the new leader by only a second

Ferrer and Robredo in the quarters 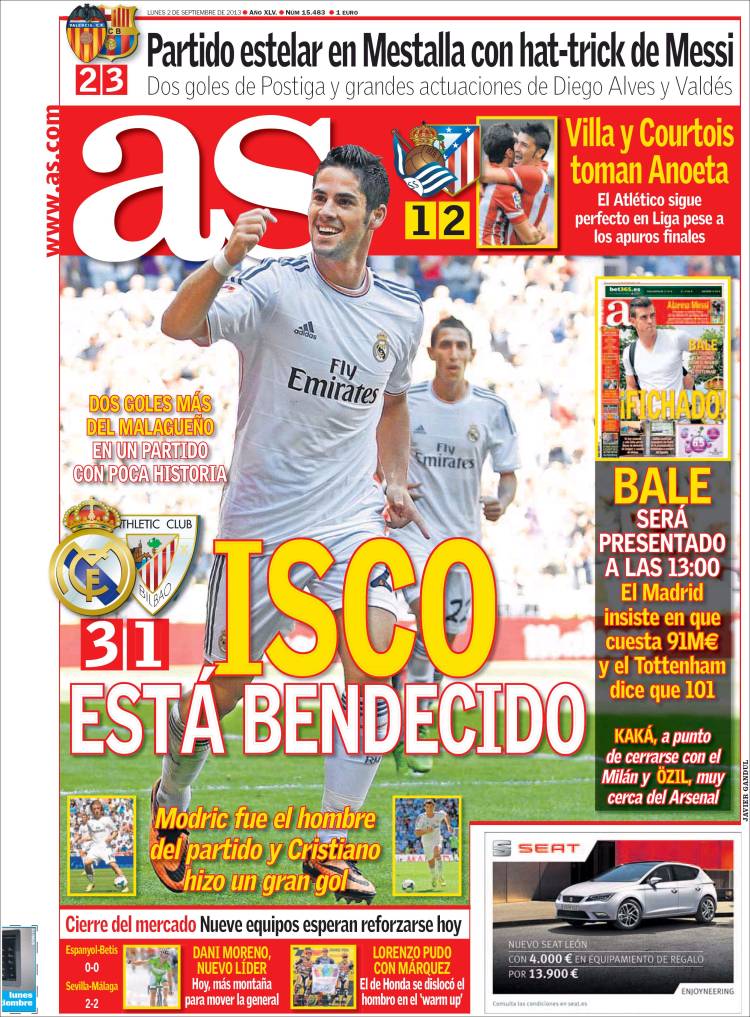 A great game at the Mestalla and a Messi hat-trick

Villa and Courtois take over the Anoeta

Bale will be presented today at 1300

Madrid insist they have only played €91m, but, Tottenham say it was for €101m

Kaka, close to a move back to Milan and Ozil very close to Arsenal move

The close of the transfer market: Nine teams hoping to bring in reinforcements today

Dani Moreno, the new leader in the Vuelta of Spain 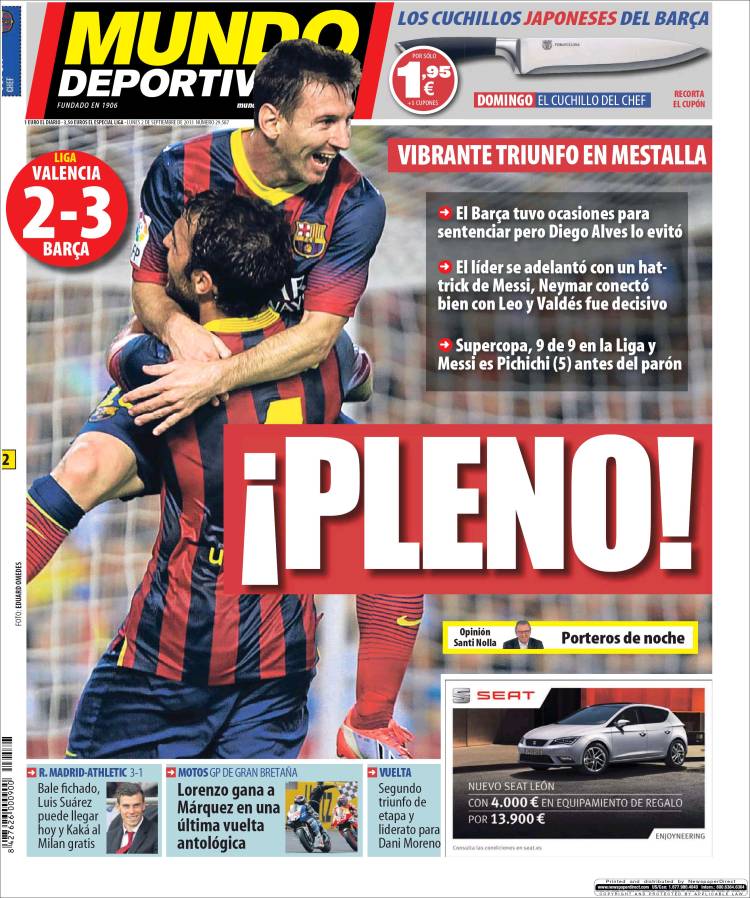 A vibrant game at the Mestalla

Messi now leads the scoring with his hat-trick, Neymar worked well with Messi and Valdes was decisive

Super Cup, nine from nine in La Liga and Messi is the Pichiichi

Real Madrid 3-1 Athletic: Bale is signed, Luis Suarez could arrive and Kaka to Milan for free

Vuelta of Spain: A second triumph of the stage and Dani Moreno now leads