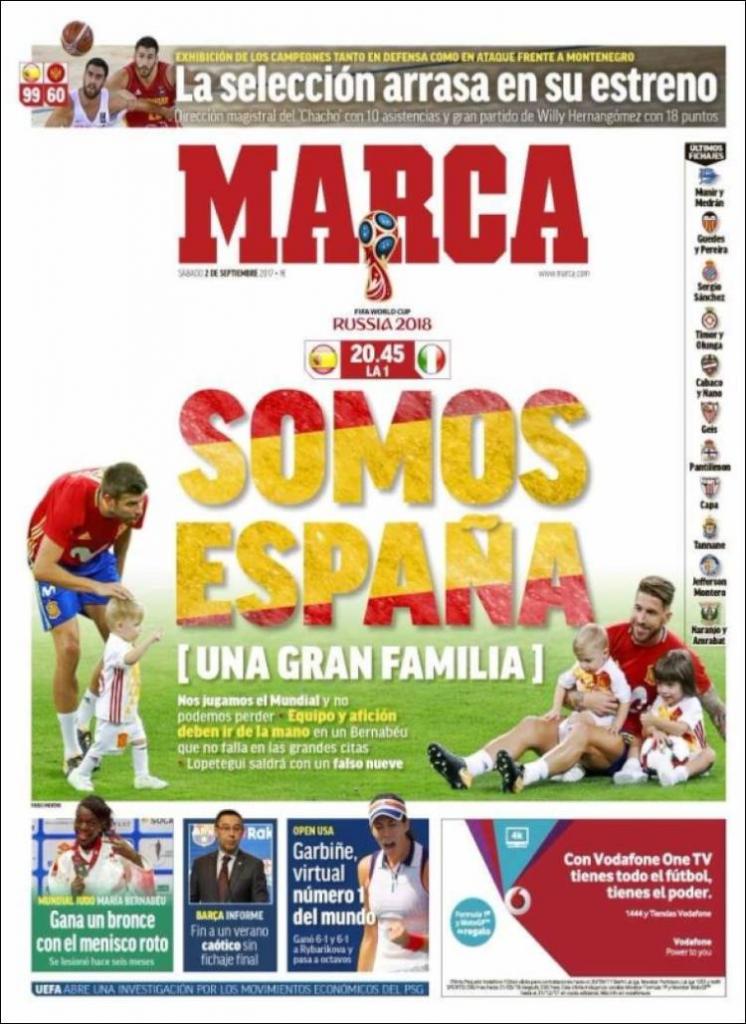 We are playing for the World Cup and we cannot lose

Lopetegu will go with a false 9

Munir and Medran to Alaves

Guedes and Pereira to Valencia

Timor and Olunga to Girona

Naranjo and Amrabat to Leganes

A chaotic summer ends without any late signings 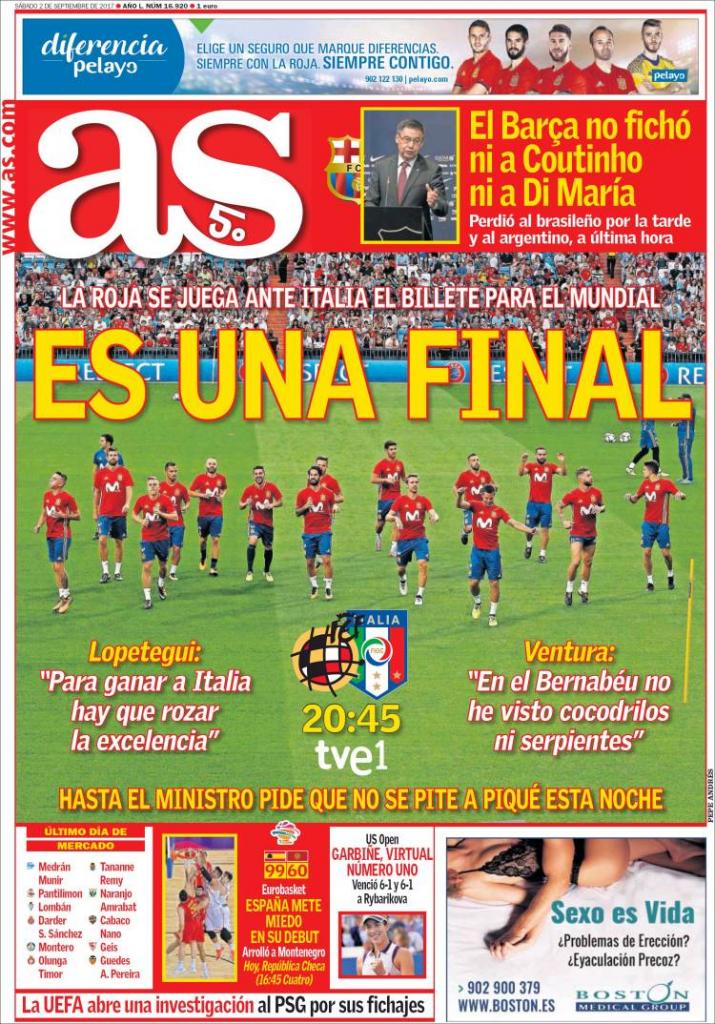 It is a final

Lopetegui: "In order to beat Italy, we must verge on excellence"

Ventura: "At the Bernabeu, I haven't seen any crocodiles or snakes"

Even the minister asks for Pique not to be whistled tonight

They lost the Brazilian in the afternoon and the Argentine, at the last moment 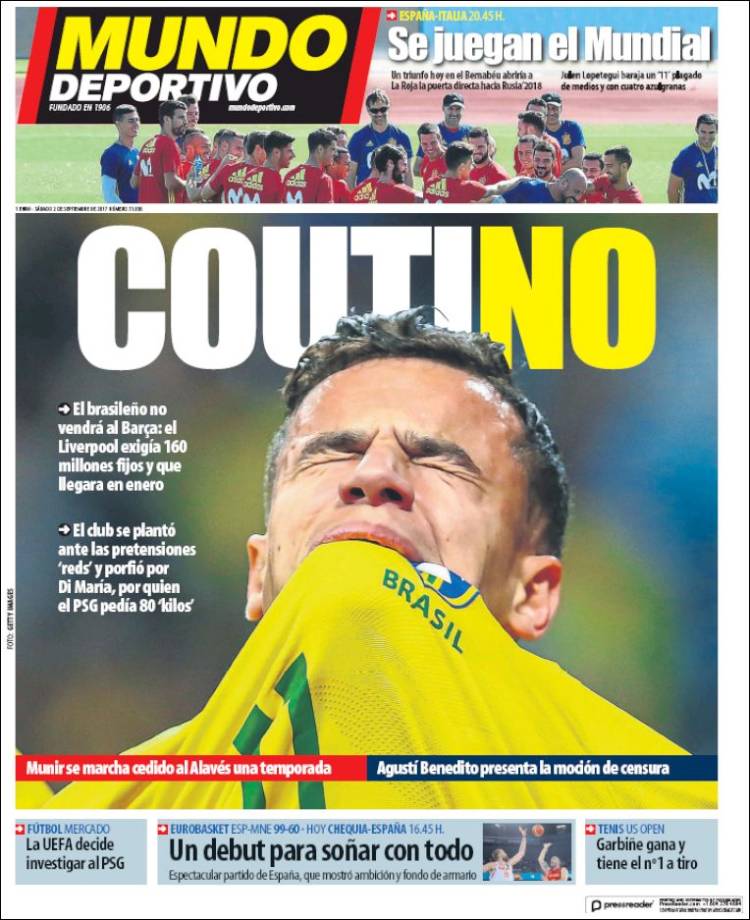 The Brazilian was not sold to Barca: Liverpool demanded €160m and that he would leave in January

The club stood up to the Reds' demands and pushed for Di Maria, but PSG asked for €80m

Munir goes on loan to Alaves for a season

Agusti Benedito presents a vote of no confidence

They are playing for the World Cup