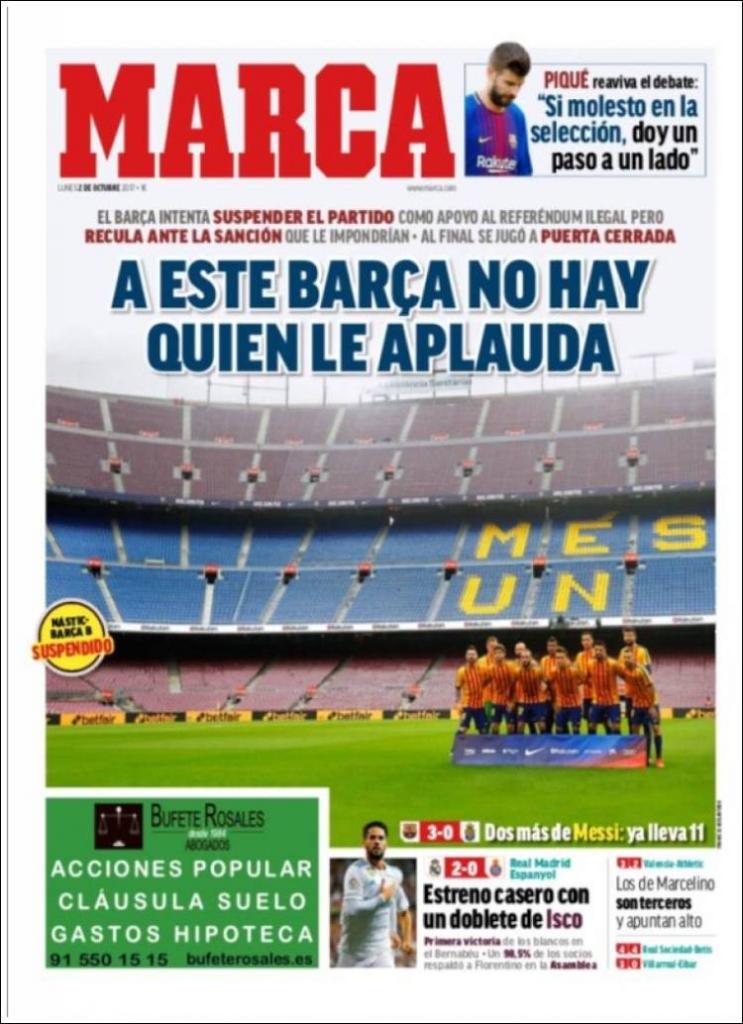 There is no applause for this Barca

Barcelona wanted to suspend the game to help the illegal referendum but the game went ahead due to threat of sanction, played behind closer doors

Two more for Messi, already on 11

Pique revives debate: If the national team are upset, I'll step aside 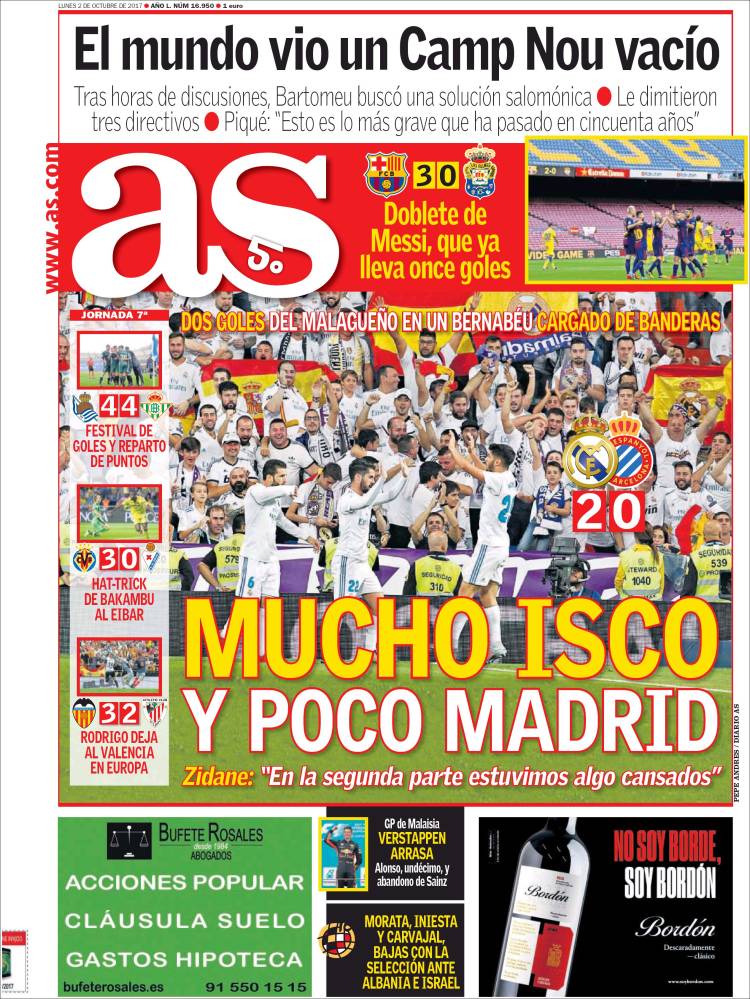 Lots of Isco and not much Madrid

Zidane: In the second half we were a little tired

The world saw an empty Camp Nou - after hours of discussions, Bartomeu searched for a fair solution, three resignations, Pique: This is the worst thing to happen in 50 years

Double for Messi, who is now on 11 goals

Festival of goals and shared points in San Sebastian 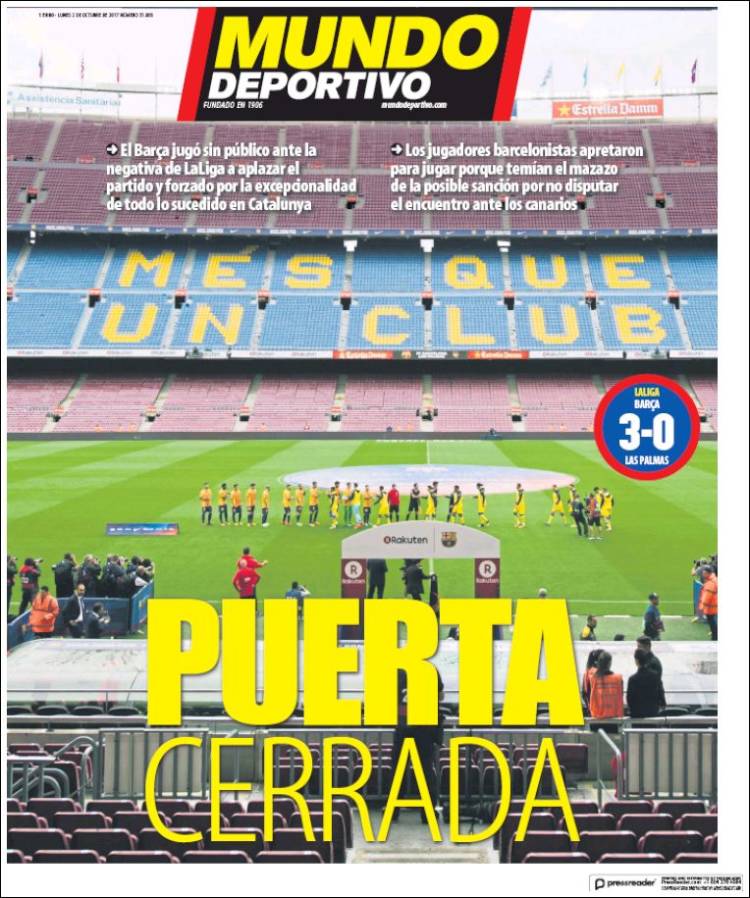 Barca play with no fans after La Liga refuse to postpone game, forced by exceptional events in Catalonia, fear of sanction forced them to play