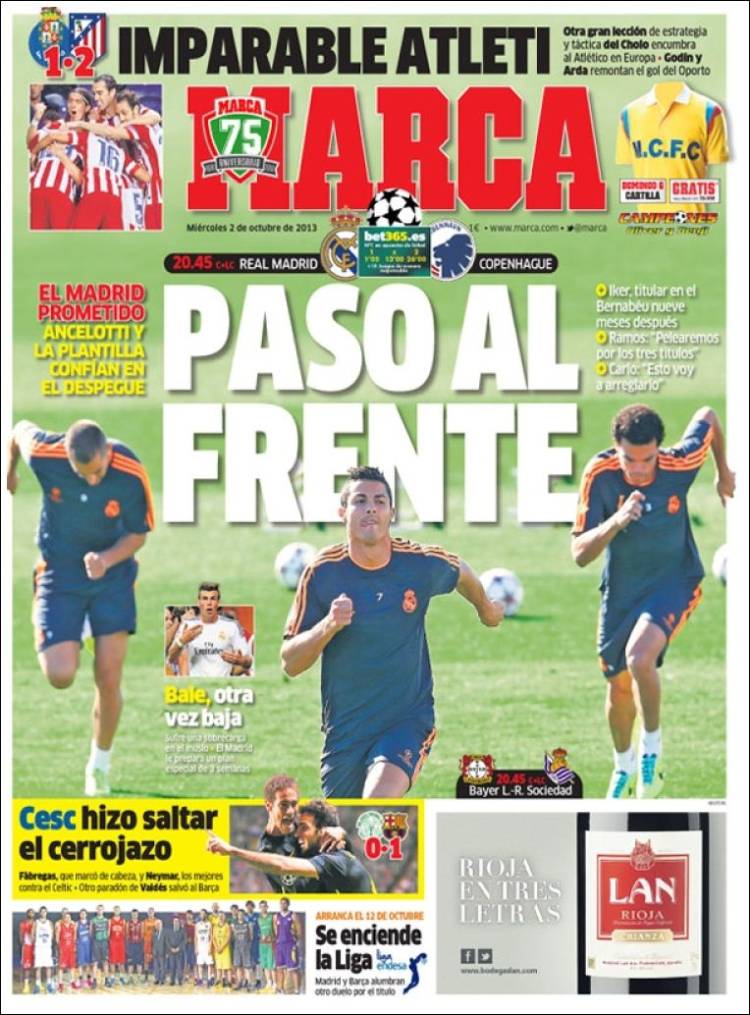 Ramos: "We will fight for all three titles"

Carlo: "This I will fix"

Cesc jumps and does the unexpected

Fabregas scores with his head and Neymar, one of the best

Another great save from Valdes

Madrid and Barca start their duel again for the title 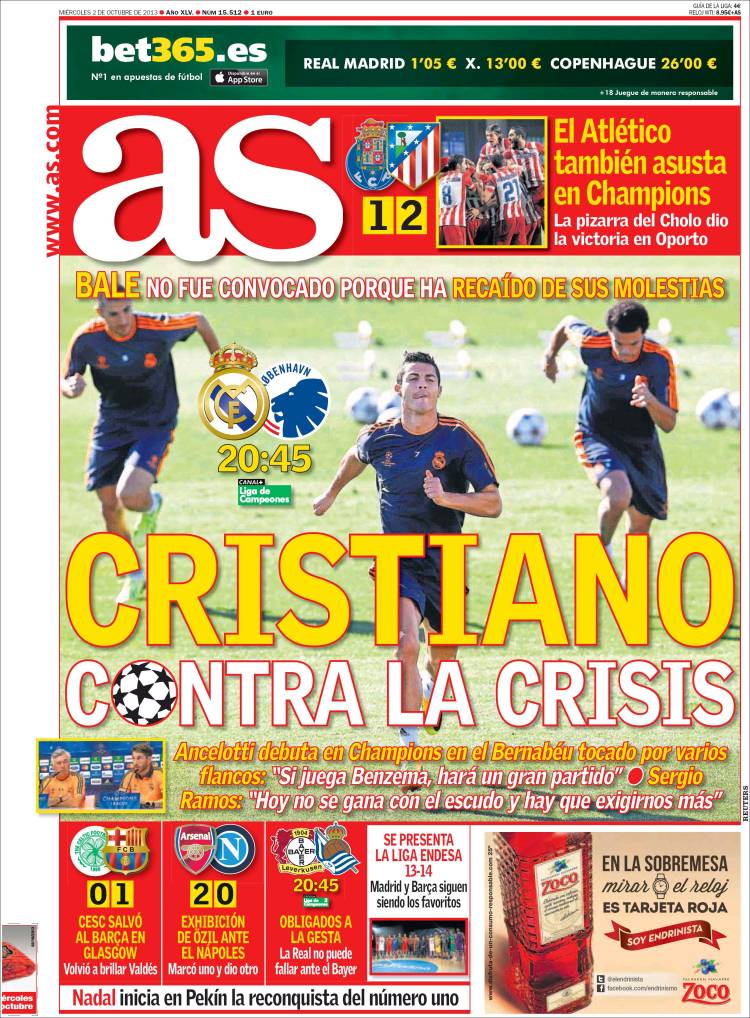 Cristiano against the crisis

Bale not called up because of a recurrence of his injuries

"If Benzema plays, he will do well"

Sergio Ramos: "Today if we do not win we will have to demand much more from ourselves"

Exhibition from Ozil against Napoli

He scores and makes another

They need to win

Nadal starts his reconquest of the number one spot in Beijing 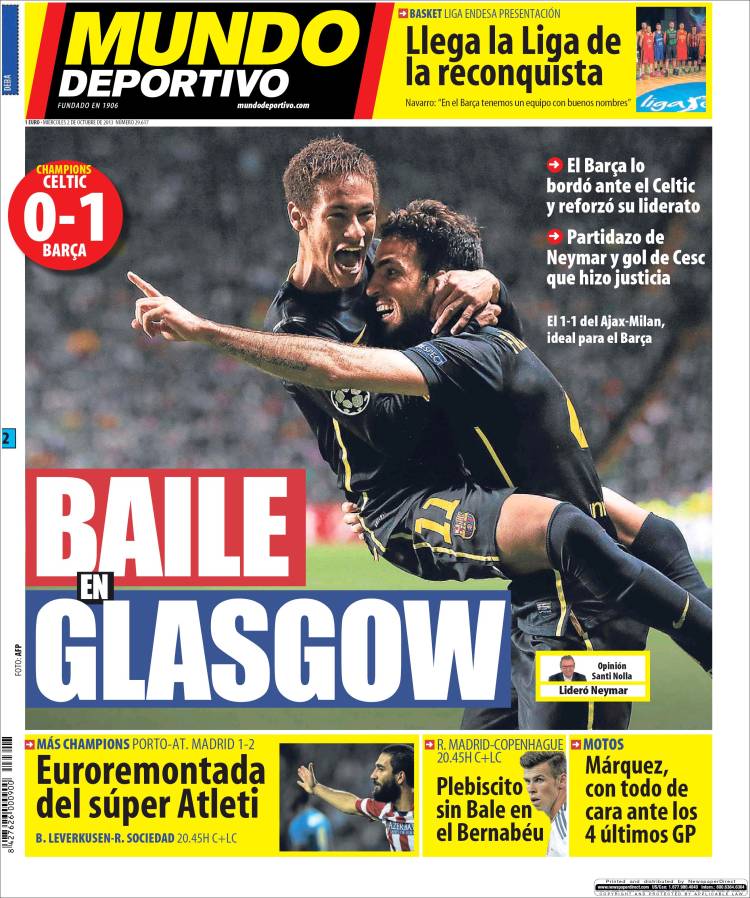 A dance in Glasgow

Barca overcome Celtic and maintain their lead in the group

A great game from Neymar and Cesc makes the difference

A comeback in Europe for super Atleti

Basketball: Time to reconquer the league