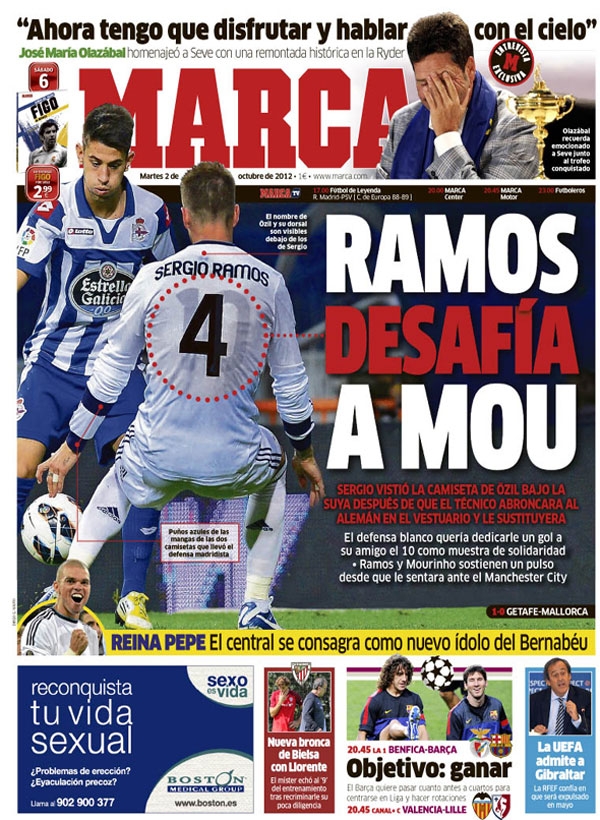 Olazbal: Now I have to enjoy this and have a chat with heaven

Sergio wore the shirt of Ozil under his own after Mourinho gave the German a dressing down and substituted him.

Pepe Rules: The defender has established himself as a new idol of the Bernabeu

Athletic: Another argument between Llorente and Bielsa. The Coach threw the No 9 out of training

Objective: To win. Barca want to qualify from the group stages as soon as possible so they can concentrate on the league and can rotate.

UEFA accept Gibraltar: RFEF are confident that they will be expelled in May 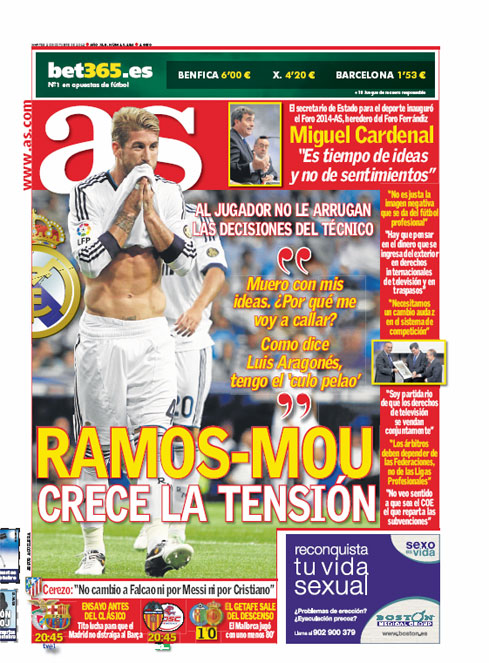 Ramos: I am dying with my ideas, why would I shut up?

As Luis Aragones said, I am a smart arse

Cerezo: I wouldn’t change Falcao for Messi or Cristiano

Getafe out of the relegation zone, Mallorca play 80 minutes with 10 men. 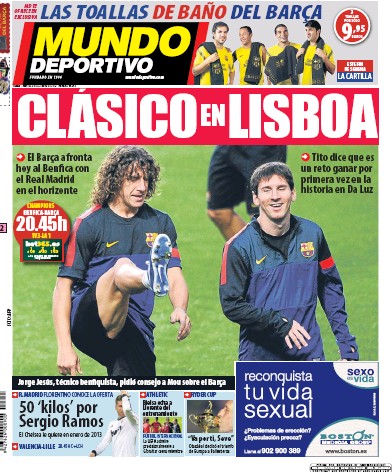 Barca face Benfica today with Real Madrid on the horizon