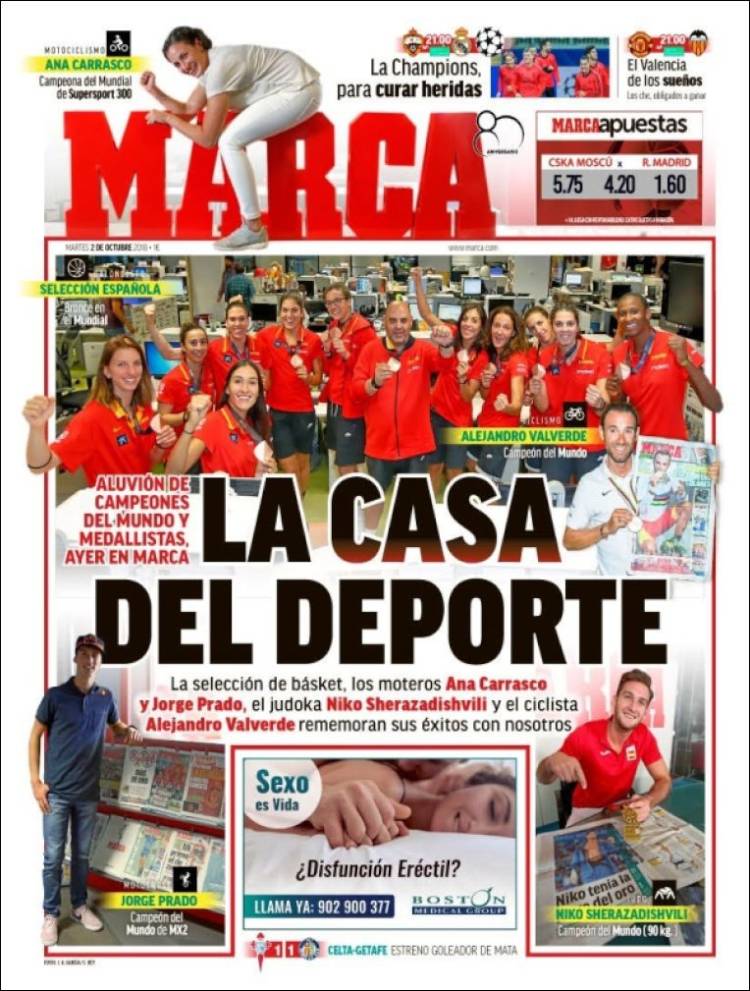 The Champions League, to treat wounds

The home of sport 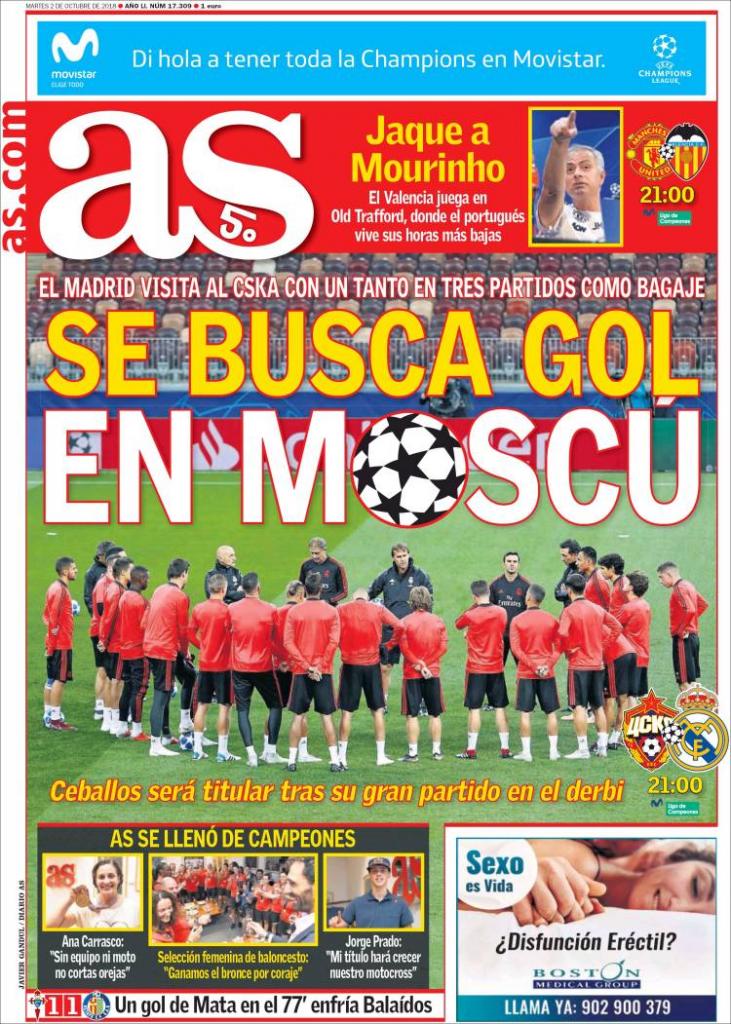 Valencia play at Old Trafford, where the Portuguese is living his lowest hours

They look for goals in Moscow

Ceballos will start after his great Derbi performance 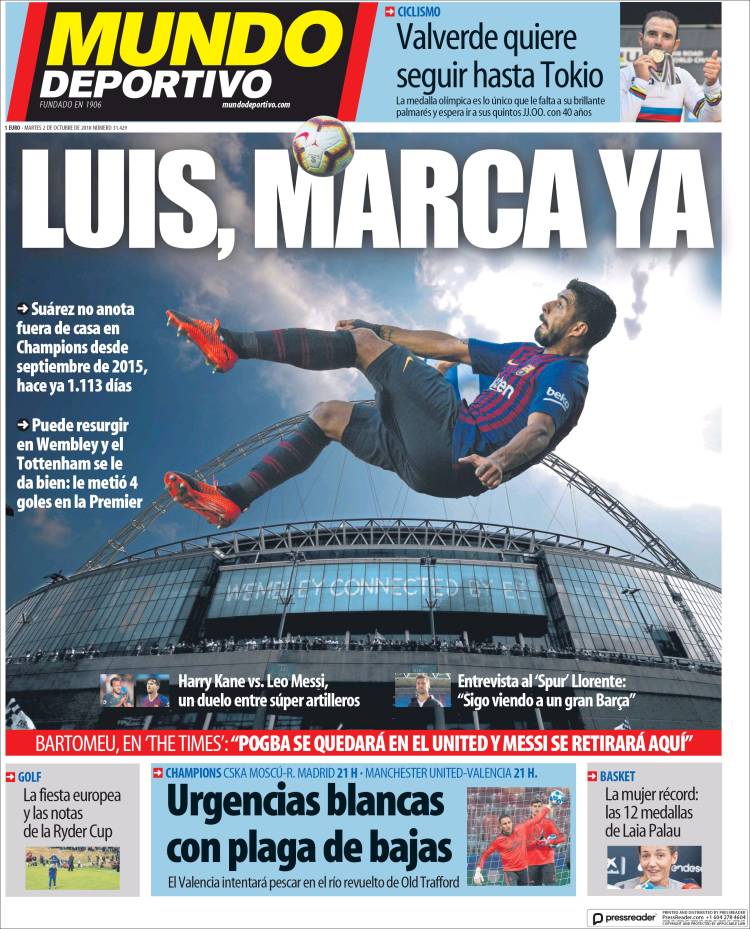 Suarez has not netted away from home in the Champions League since September 2015, 1,113 days ago

He can recover at Wembley and has done well against Tottenham, scoring four goals against them in the Premier League

Interview with the 'Spur' Llorente

"I keep seeing a great Barca"

Bartomeu in The Times: "Pogba will stay at United and Messi will retire here"

Blanco emergency with a plague of absences