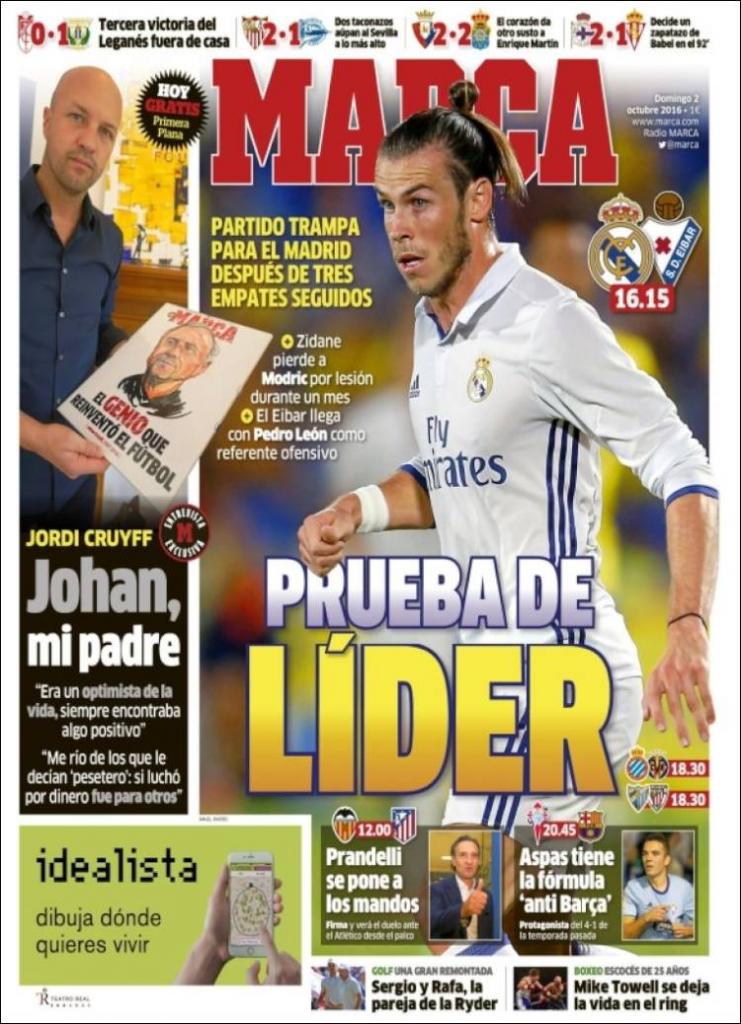 Test for the leaders

Zidane loses Modric to injury for a month

Eibar arrives with Pedro Leon as an attacking reference

Prandelli is put in charge

Aspas has the ‘anti-Barca’ formula

“He had an optimistic view of life, he always found the positive in things”

“I laugh at those who said he was ‘stingy’, if he fought for money, it was for others”

Third victory away from home for Leganes

Two backheels win it for Sevilla at the death

The heart gives another scare to Enrique Martin

Decided by Babel’s piledriver in the 92nd 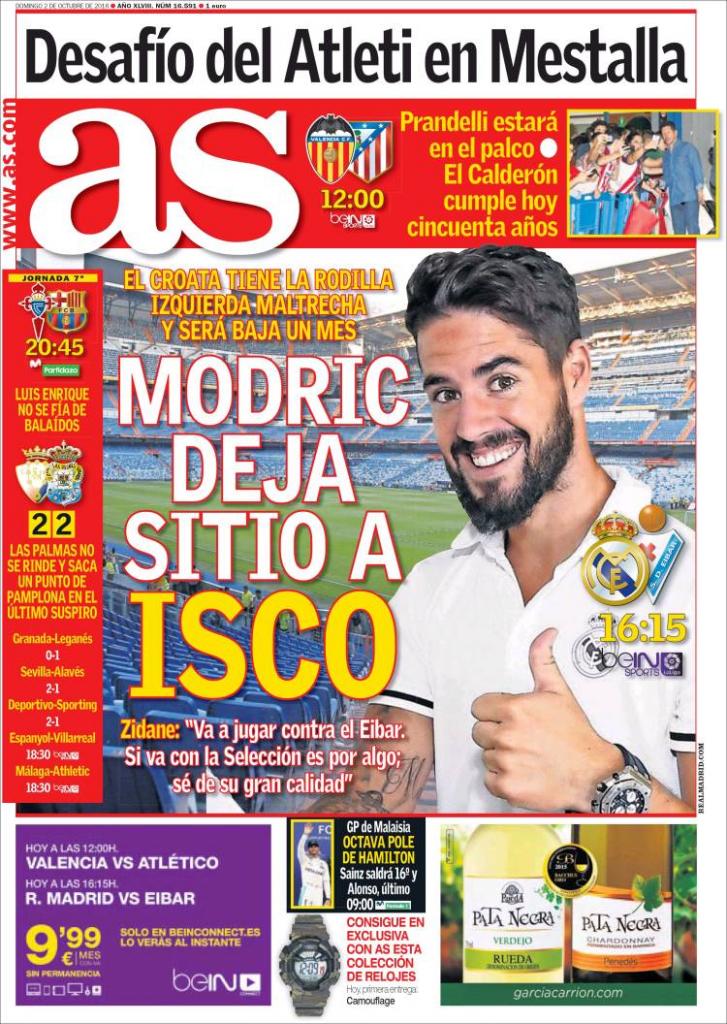 Zidane: “He’ll play against Eibar. If he’s gone with the national team then it’s for something, I know his quality.”

Challenge for Atleti at Mestalla

Prandelli will be in the box

The Calderon is 50 years old today

Luis Enrique does not trust Balaidos 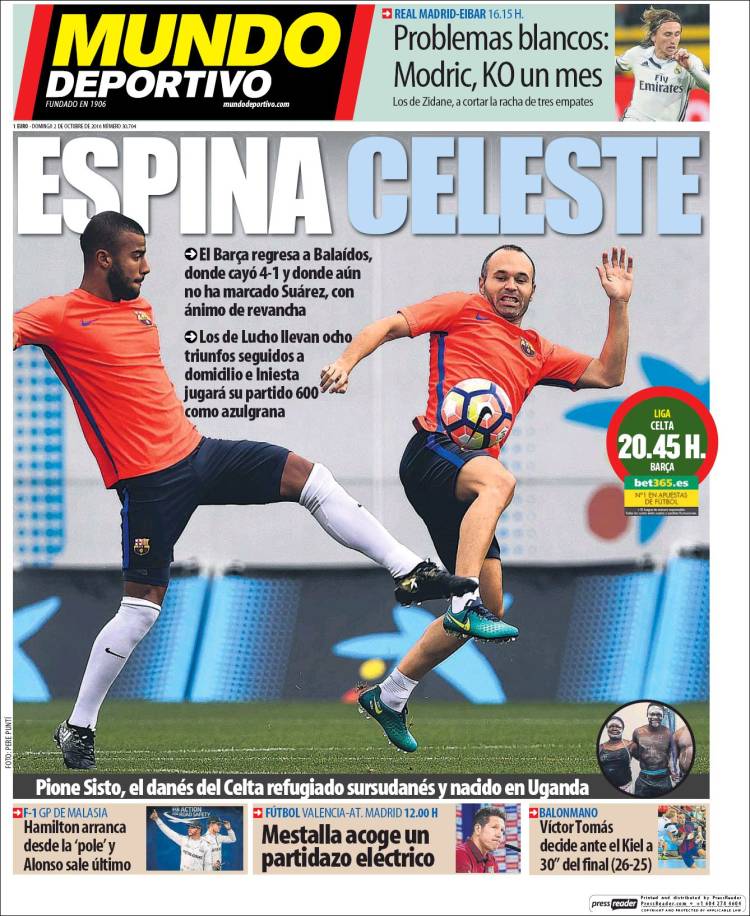 Barca back at Balaidos, where they lost 4-1 and where Suarez has yet to score, with the spirit of revenge

Zidane’s side must cut their run of three draws