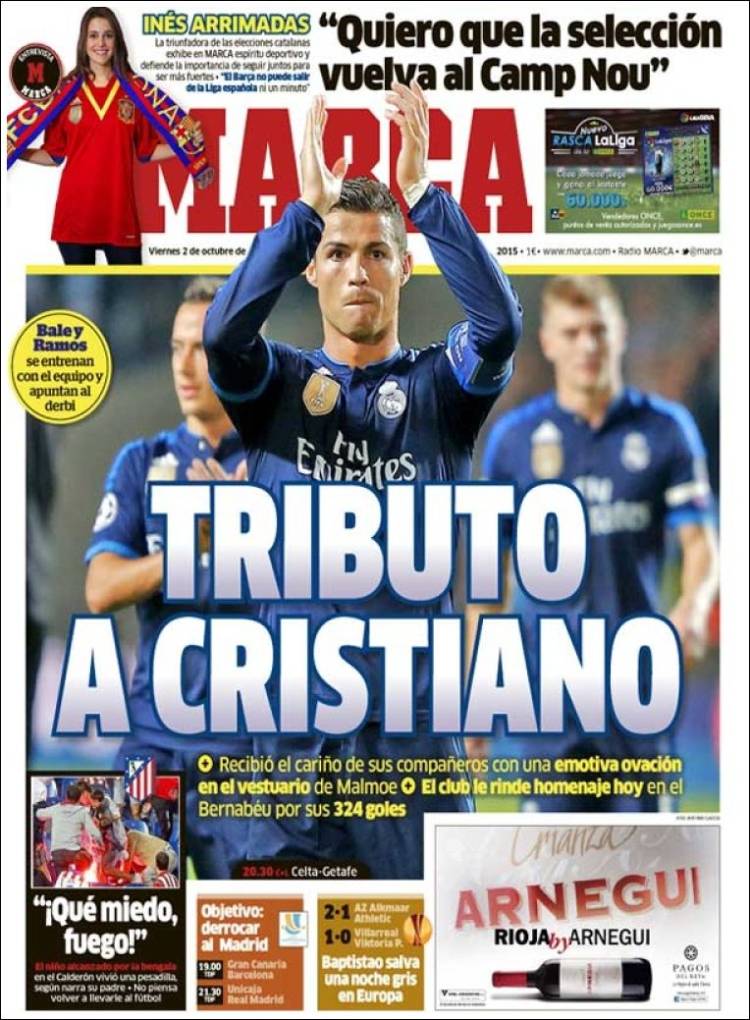 A tribute to Cristiano

Received his teammates' affection in an emotional ovation at Malmo

Bale and Ramos train with the team and target the derby

“I want Spain to return to Camp Nou”

"Barca cannot leave La Liga, not even for a minute” 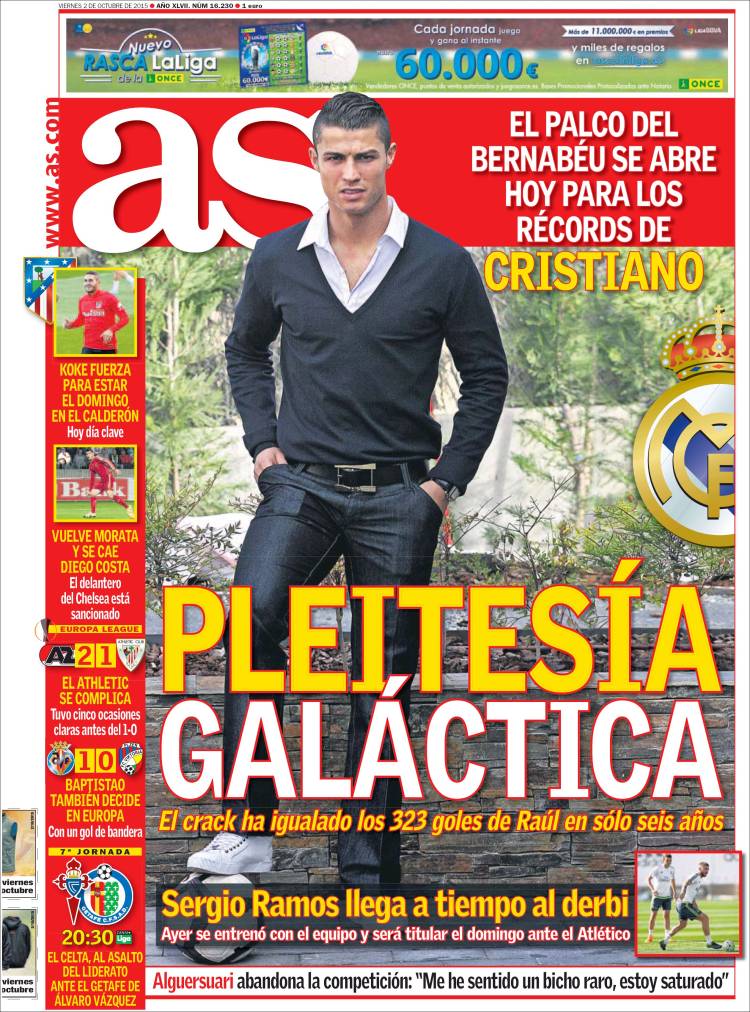 The 'crack' has equalled Raul's 323 goals in just six years

Sergio Ramos back in time for the derby

Koke tries to force his return at the Calderon

The Chelsea striker is banned

They had five clear chances before going 1-0 down

With a wonder goal

Celta, the assault of the leaders against Alvaro Vazquez's Getafe 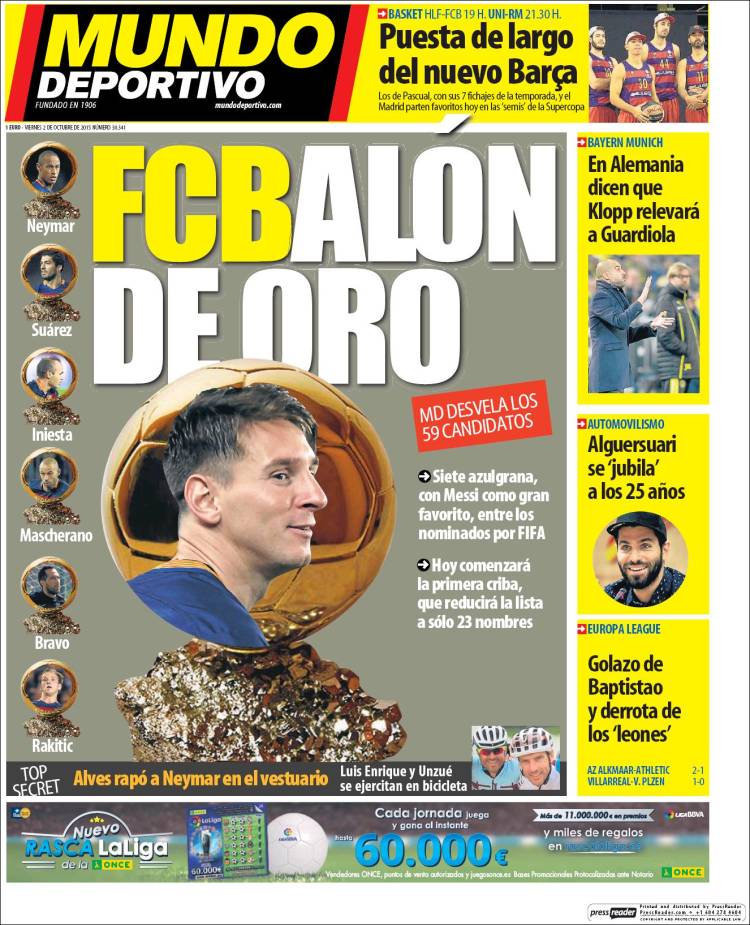 The 59 candidates are revealed

Seven Blaugrana players are included, with Messi the favourite among the nominees

Today will see the list reduced to just 23 names

In Germany, they say Klopp will replace Guardiola