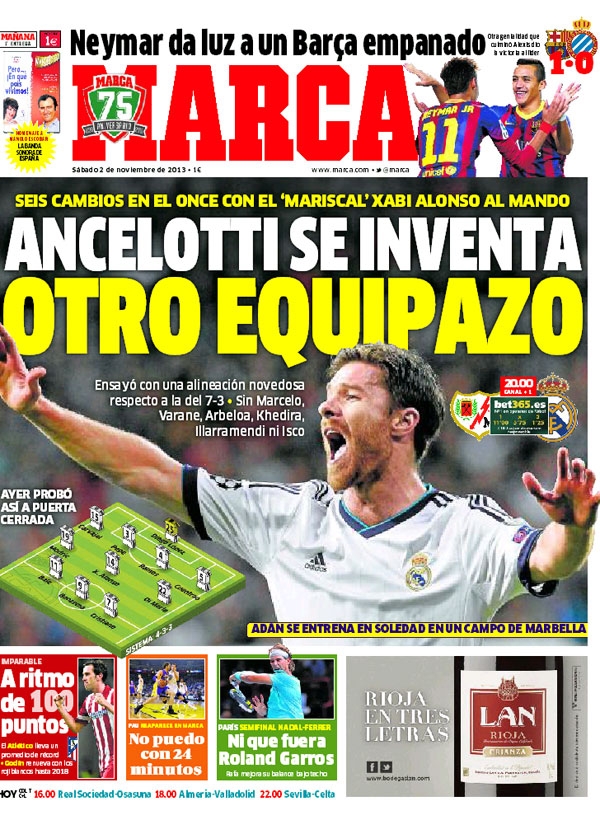 Ancelotti invents another great side
Six changes to the eleven with 'El Mariscal' Xabi Alonso to lead
Yesterday he tried a new team behind closed doors
Ancelotti contemplating a novel team
Without Marcelo, Arbeloa, Khedira, Illarramendi nor Isco
Adan is training by himself in a field in Marbella
Neymar lights up a dull Barcelona
Unstoppable: Atletico Madrid heading for 100 points
Atletico have already made a new record

Godin renews with Los Rojiblancos until 2018 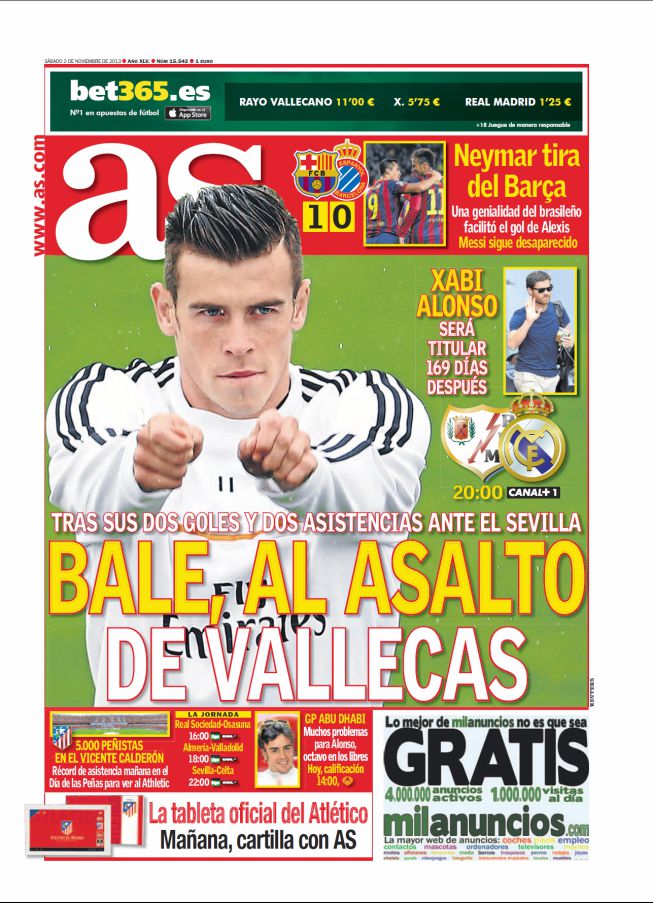 After his two goals and two assists against Sevilla, Bale now to assault Vallecas
Xabi Alonso will be in the starting eleven for the first time in 169 days
Neymar does it for Barca
A piece of genius from the Brazilian made the goal for Alexis
Messi again was nowhere to be seen
5000 club members at the Vicente Calderon
A record attendance for club members' day to see Athletic

GP Abu Dhabi: Many problems for Alonso, eighth in the free run 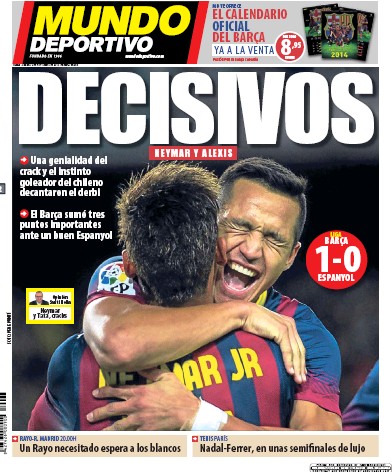 Decisive
A piece of genius from the Brazilian and the Chilean's goal instinct was enough to see of Espanyol
Barca collected three important points against an good Espanyol side
Real Madrid: A Ray(o) of hope needed for Los Blancos