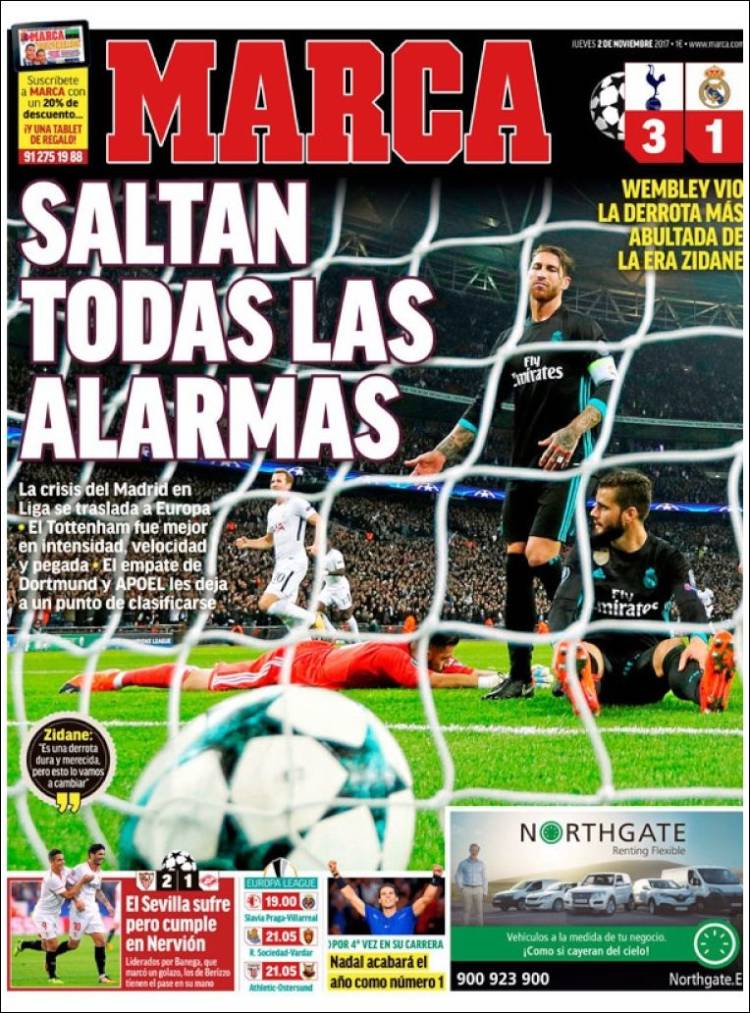 All alarms go off

Zidane: It's a tough defeat but this is going to change

Sevilla suffer but win in Nervion 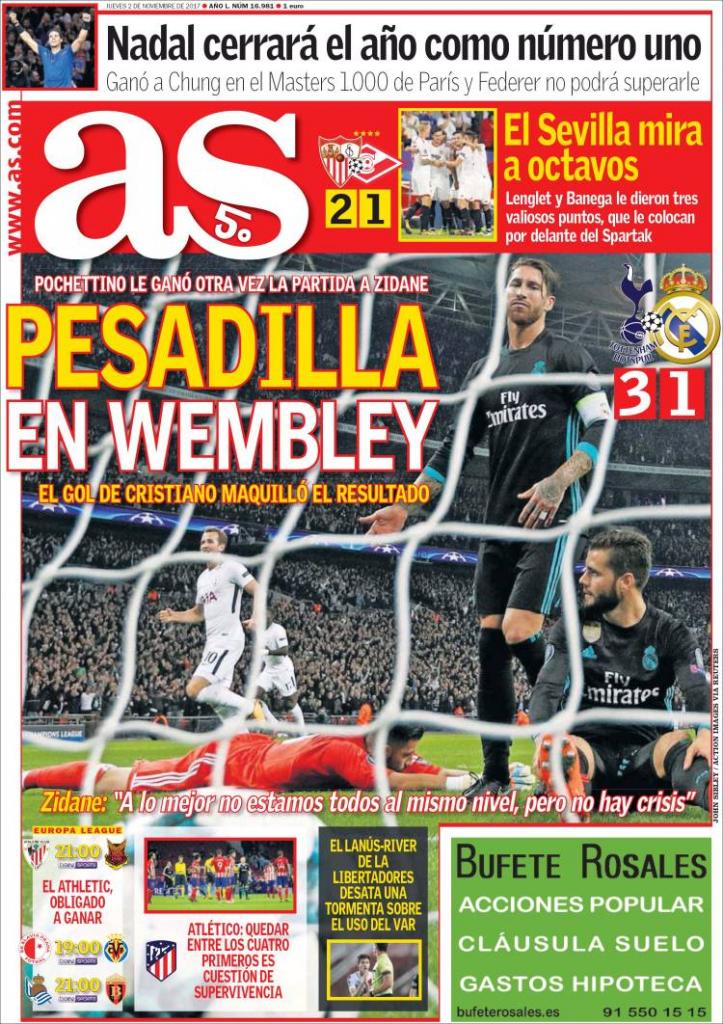 Zidane: Maybe we aren't all at the same level, but there's no crisis

Atletico: Survival to be among the top four 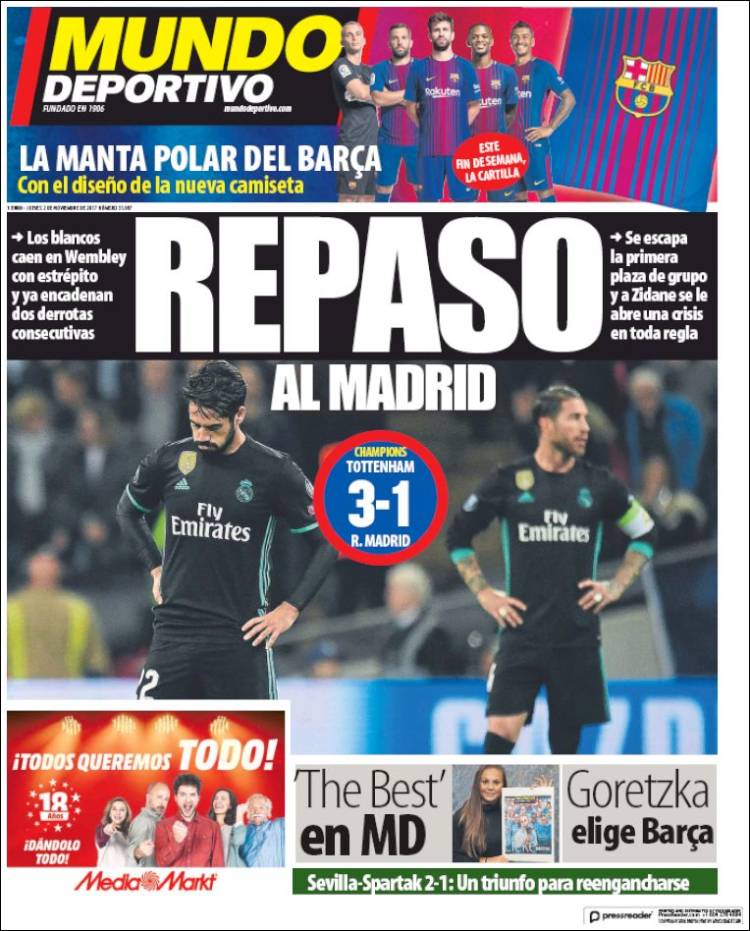 Madrid fall at Wembley with a loud crash and lose second consecutive game, lose sight of first place and Zidane opens a crisis

Sevilla: A triumph to re-engage