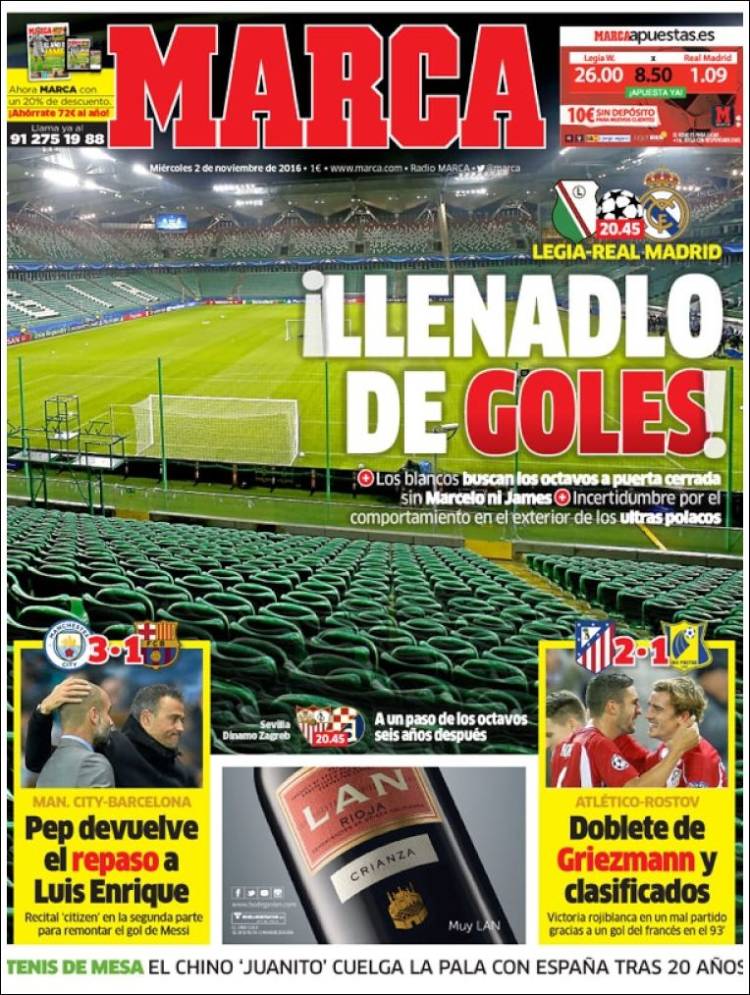 Real Madrid aiming to seal qualification for next round in Poland, but are without James and Marcelo.

Uncertainty remains over the behaviour of the Polish ultras.

Double of Griezmann and qualification - progression after 93rd minute winner 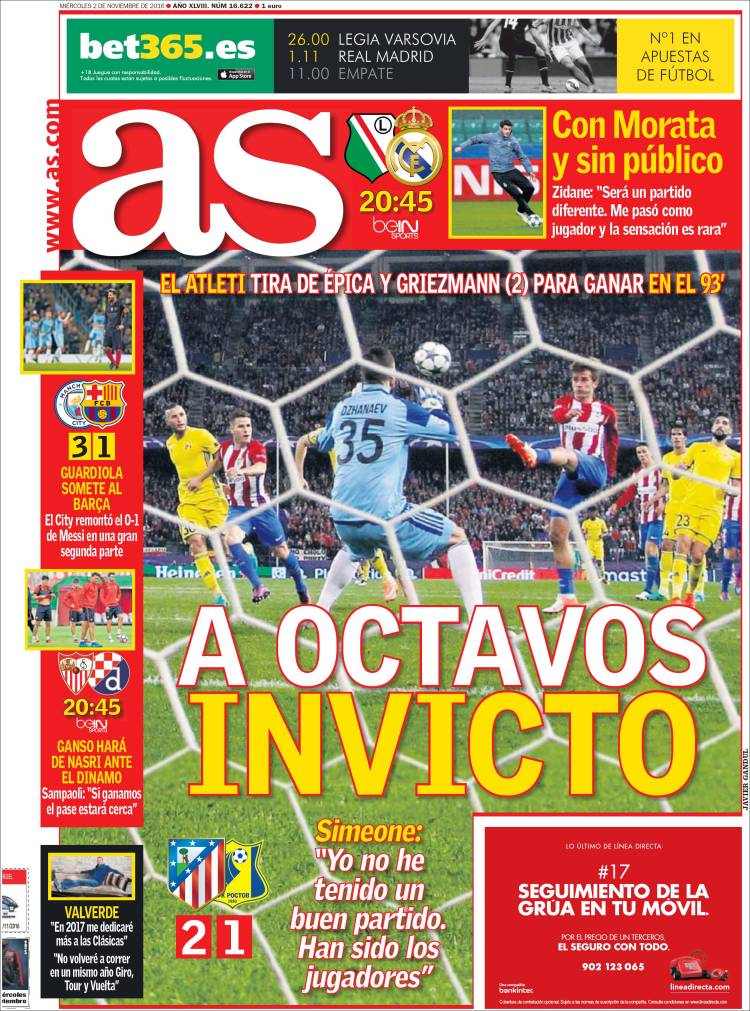 Unbeaten into the next round

Griezmann's winner in the 93rd minute

Simeone: I did not have a good game, the players did.

With Morata but without the fans - Zidane: It will be different for us but it changes nothing

Ganso will play in place of Nasri against Dinamo

Sampaoli: If we win, qualification will be close 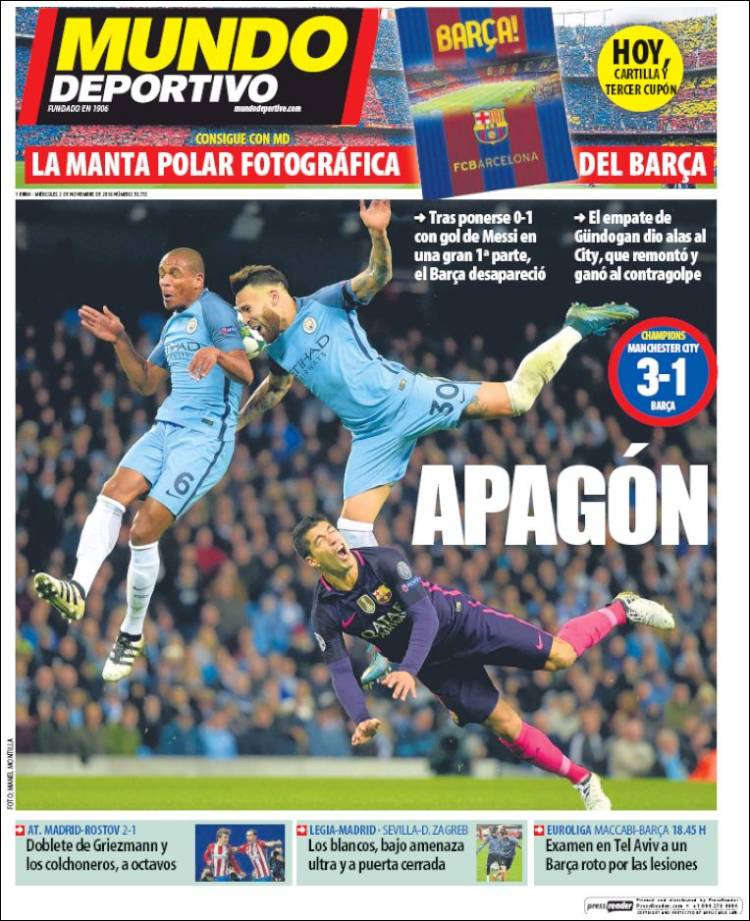 After Messi puts Barca a goal up, they fall apart

Real Madrid, under threat from Ultras and closed doors