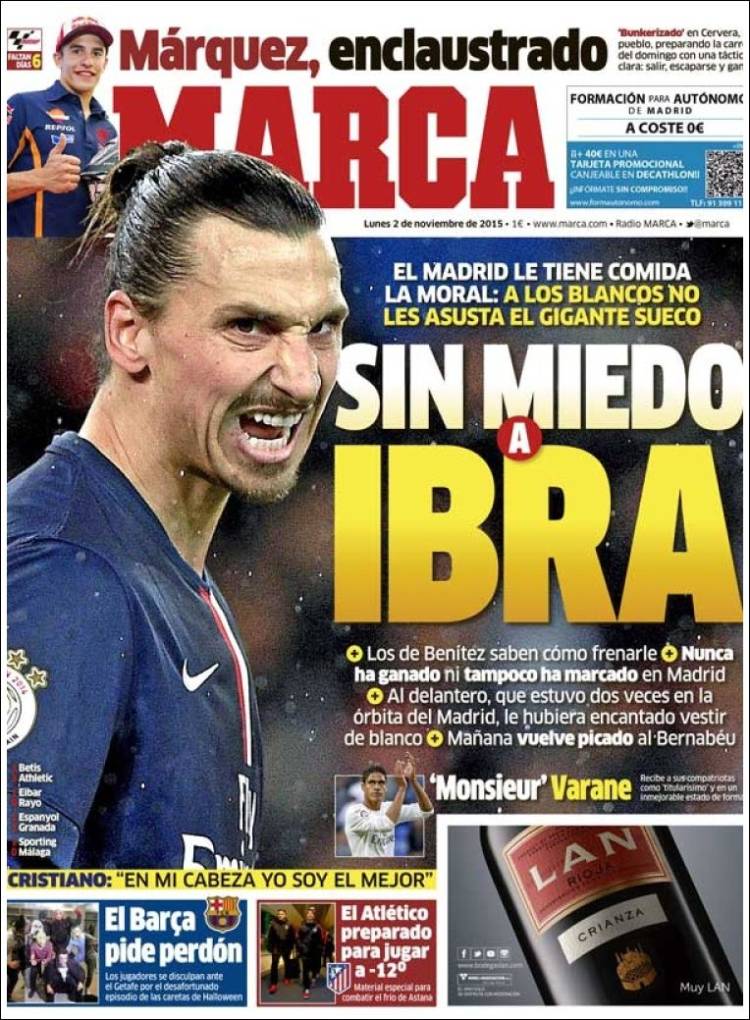 No fear of Ibra

Los Blancos are not afraid of the giant Swede

Benitez teams know how to stop him

He has never won or scored in Madrid

The striker, who was twice in Madrid’s orbit, would have loved to wear Los Blancos’ jersey

Welcomes his countrymen as a definite starter and in excellent form

Ronaldo: “In my mind I am the best”

Players apologise to Getafe for the unfortunate episode of Halloween masks

Atletico ready to play in -12°C

Special equipment needed to fight the cold in Astana 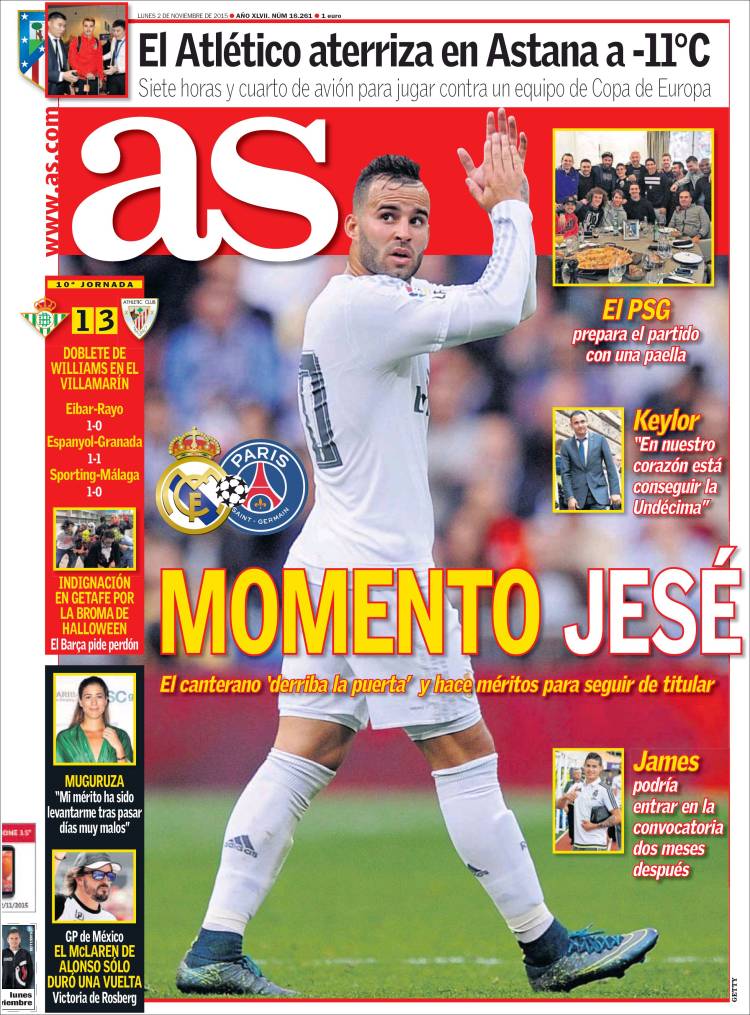 PSG prepare for the match with paella

Keylor: “Winning Undecima is in our hearts” 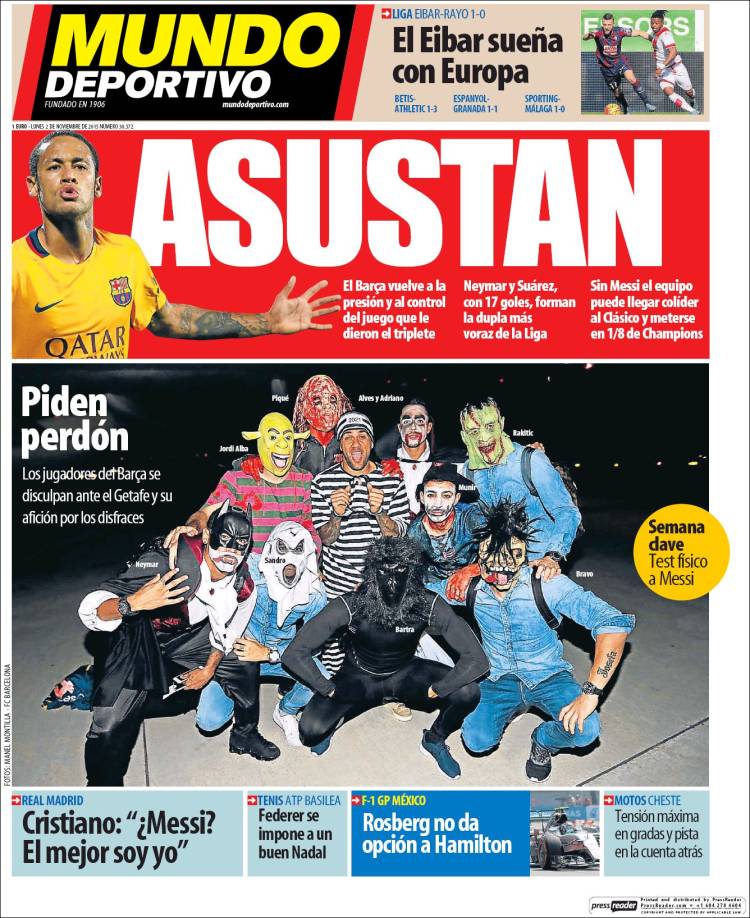 Neymar and Suarez, with 17 goals, are the most prolific pair in La Liga

Without Messi, the team can approach the Clasico as joint-leaders and qualify for the Champions League knockout stages

Barca players apologise to Getafe for their Halloween stunt