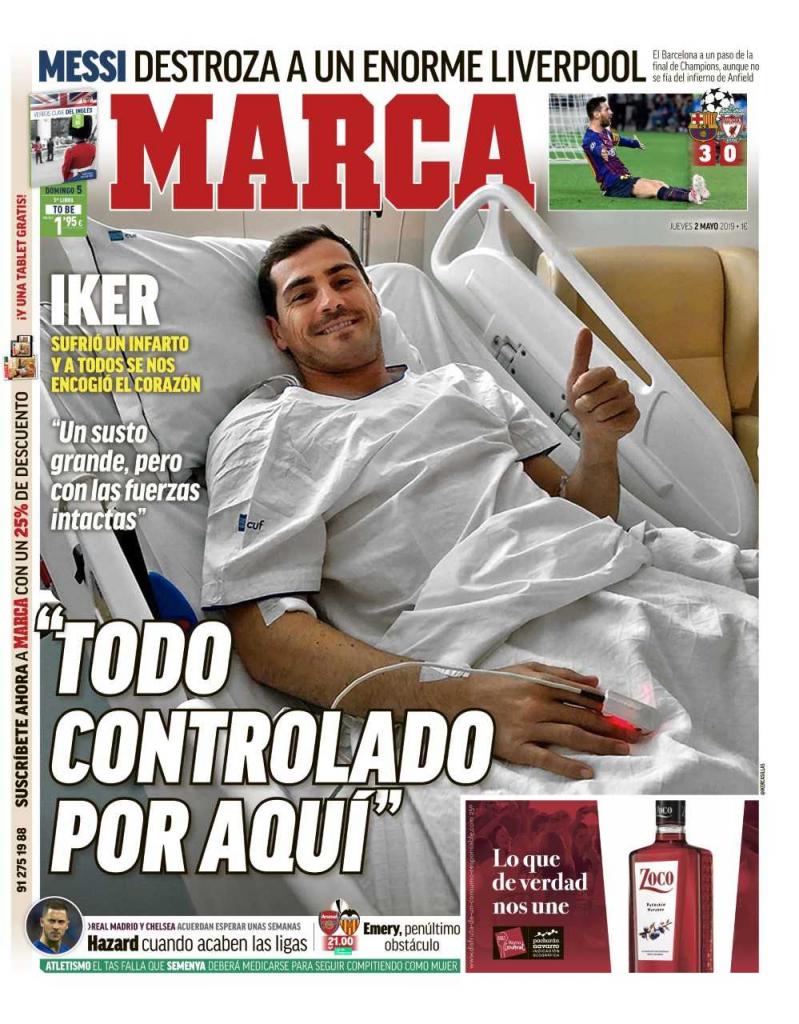 REAL MADRID: Iker Casillas Latest -'He suffered a heart attack, and everyone shows their love for him' - 'A big scare, but he is recovering and everything is under control'.

BARCELONA: Messi Destroys Liverpool - Barcelona are on step away from the Champions League final, although they face a difficult second leg at Anfield next week. 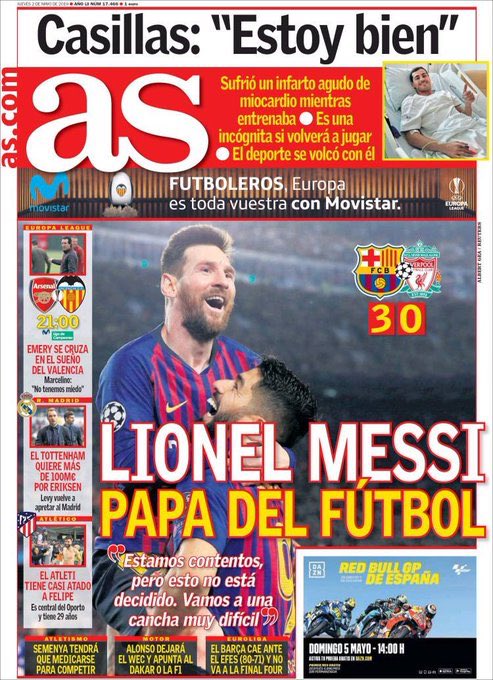 BARCELONA: Lionel Messi - The Father of Football. The are happy with the result, but it is not decided as we know we must go to a difficult ground next week.

REAL MADRID: Iker Casillas Latest - 'He suffered a heart attack during training, but it not yet known if he will return to playing as the footballing world sends their best wishes'. 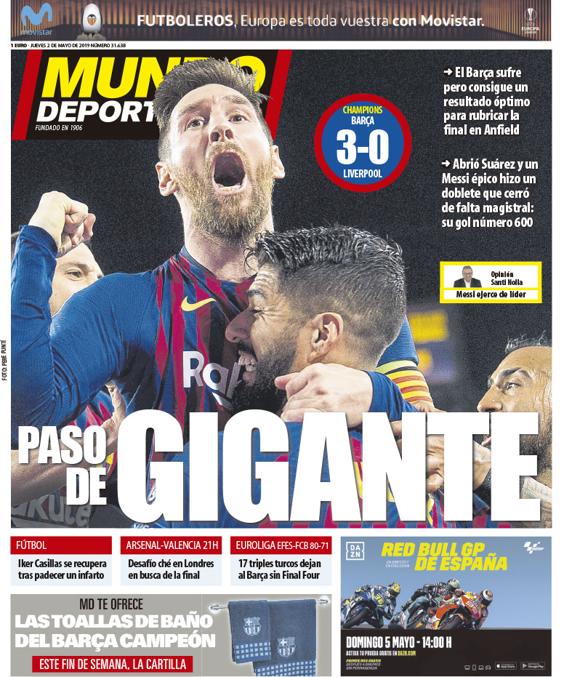 BARCELONA: A Giant Step - Barcelona suffer but gain the maximum result ahead of the return leg at Anfield next week. Suarez opened the scoring for Ernesto Valverde's side, before Lionel Messi's double - bringing his Barcelona total up to 600.