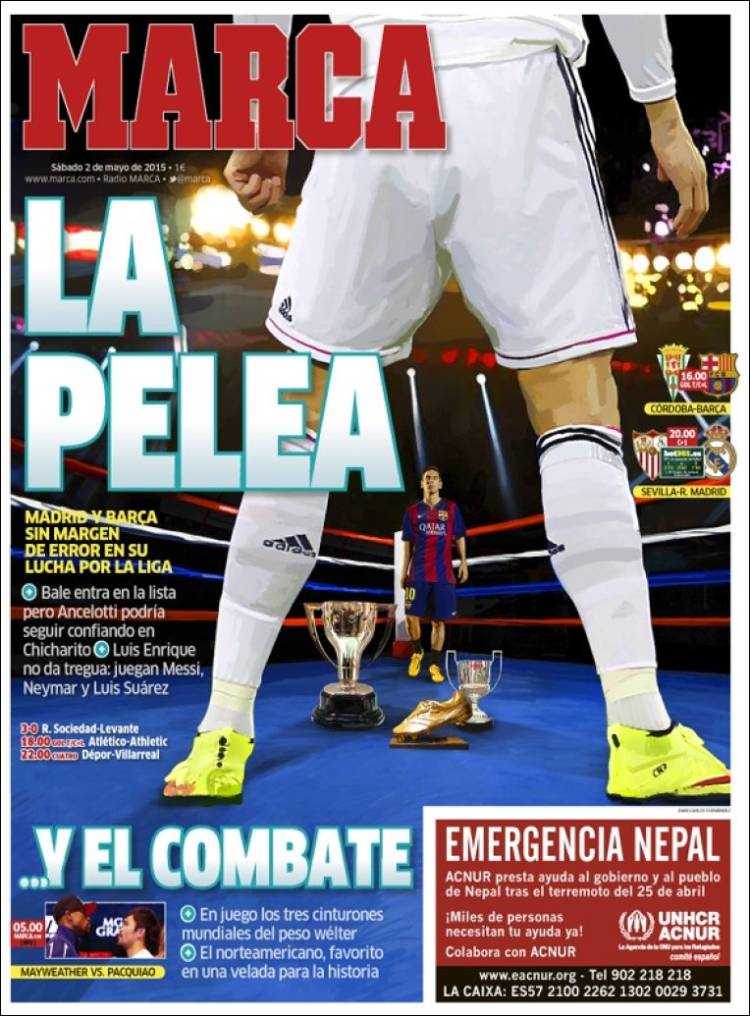 Bale enters the list but Ancelotti could still trust in Chicharito 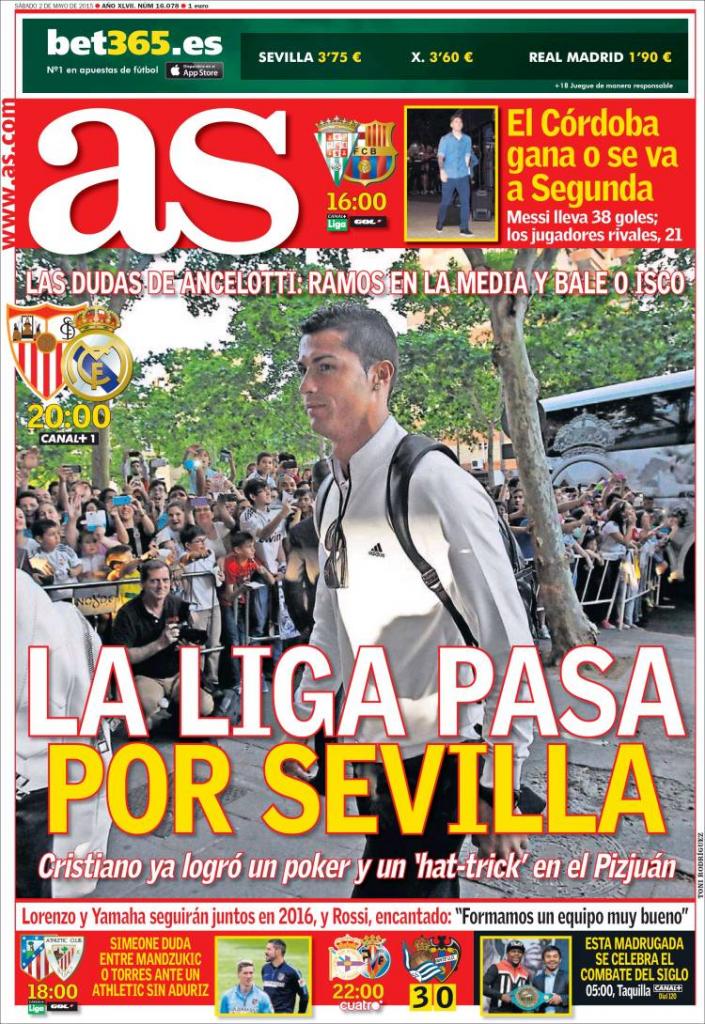 Ancelotti’s doubts: Ramos in midfield and Bale or Isco

Cordoba must win or they go to La Segunda 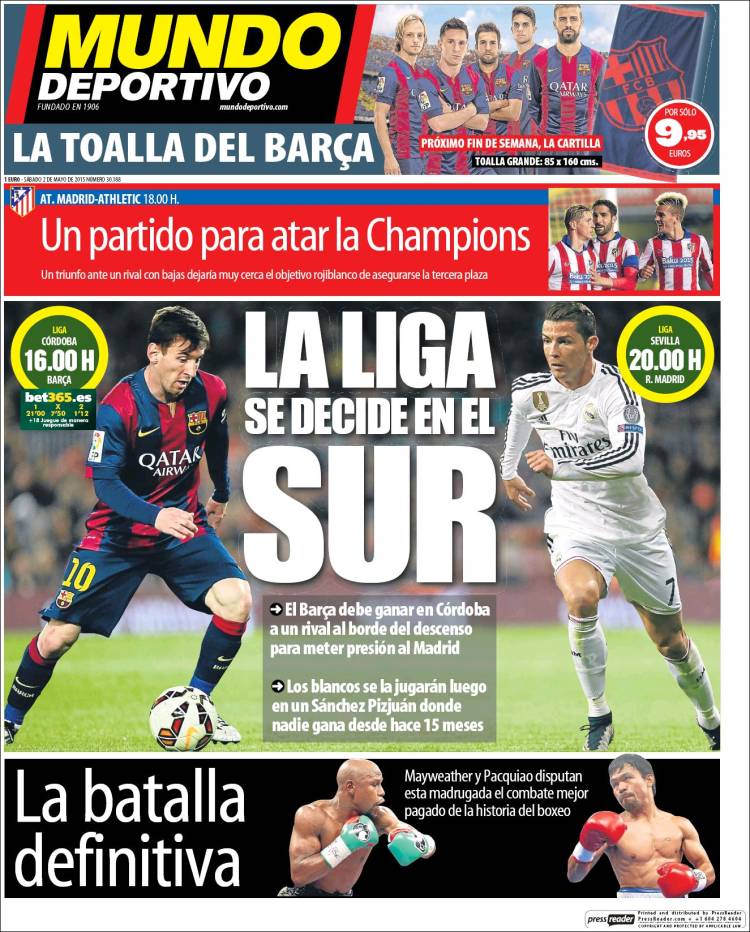 La Liga will be decided in the south

Barca must beat Cordoba, a rival on the verge of relegation, to put pressure on Madrid

Los Blancos will play later in the Sanchez Pizjuan, where nobody has won for 15 months

A match to tie up a Champions League place