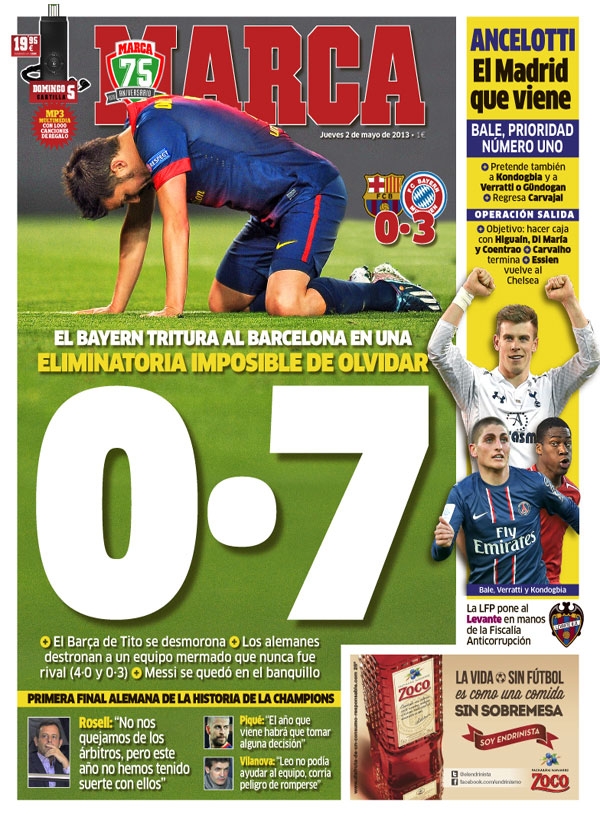 Bayern crush Barcelona in a tie impossible to forget

Messi left on the bench

The first all-German final in the European Cup

Rosell: "We are not complaining about the referees, but, this year we have not had any luck with them"

Pique: "In the year to come a decision will have to be made"

Vilanova: "Leo could not help the team"

To come at Madrid, Ancelotti and Bale, the first priority

Operation exit: To cash in on Coentrao, Di Maria and Higuain, Essien to return to Chelsea

LFP put Levante in the hands of financial anti-corruption commission 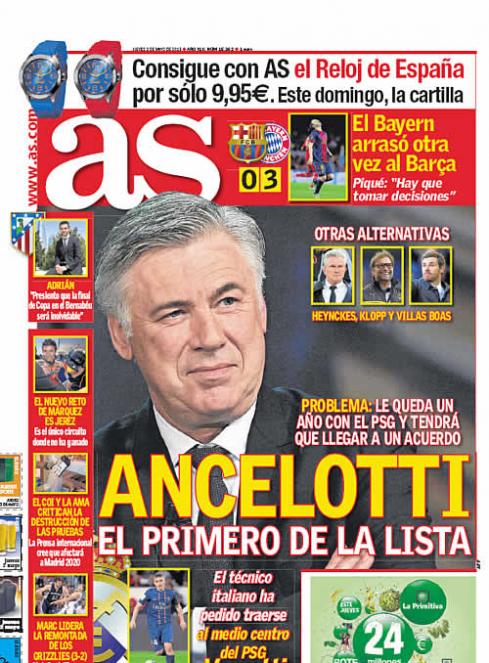 The Italian boss has asked to bring PSG midfielder Verratti

Problem: If he leaves PSG after one year he has to come to an agreement

Pique: "Decisions need to be made"

Adrian: "I have a feeling that the Copa final will be unforgettable"

The new challenge for Marquez in Jerez

The only circuit where he has not won

The IOC criticise the destruction of the trials

Marc leads the comeback for the Grizzlies (3-2) 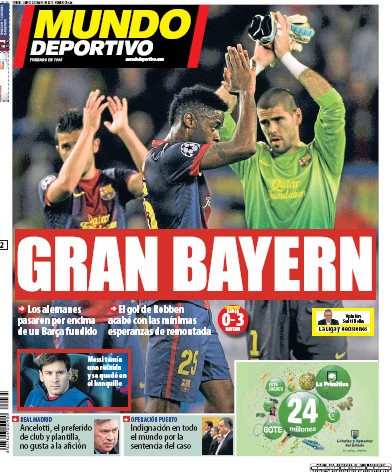 The Germans progress past a broken Barca

Messi feared a relapse and was left on the bench

Real Madrid: Ancelotti, he likes the club and the team but not the fans