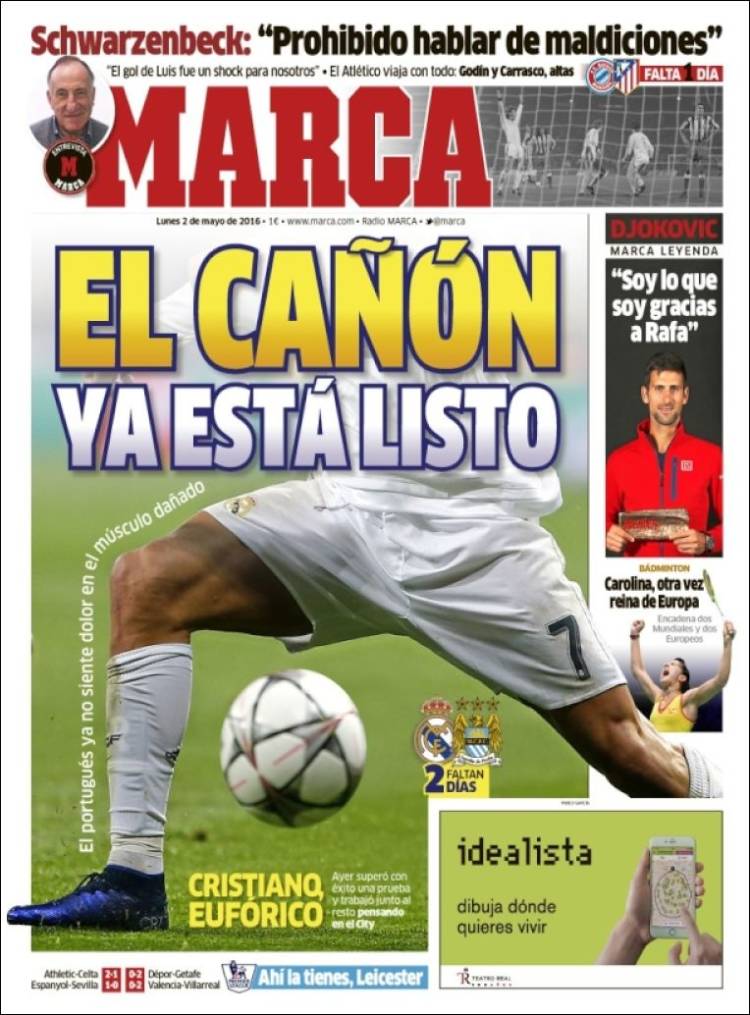 The cannon is ready

The Portuguese no longer feels pain in his muscle

He successfully passed a fitness test yesterday and trained with the rest of the squad, thinking about City

Schwarzenbeck: “No talk of curses”

“Luis [Aragones’] goal was a shock for us”

Atletico travel with everyone: Godin and Carrasco, fit

There you have it, Leicester 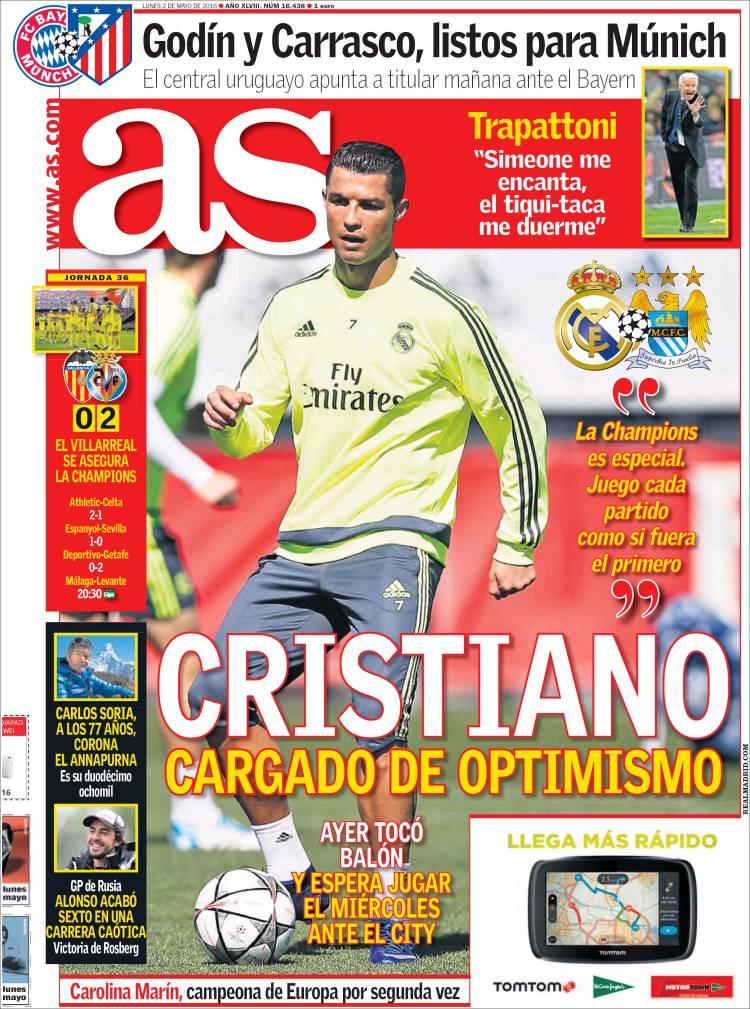 “The Champions League is special. I play each game as if it were my first”

Yesterday he played with the ball, and he expects to play on Wednesday against City

Trapattoni: “I love Simeone, tiki-taka puts me to sleep”

Godin and Carrasco, ready for Munich

The Uruguayan centre-back aims to start against Bayern tomorrow 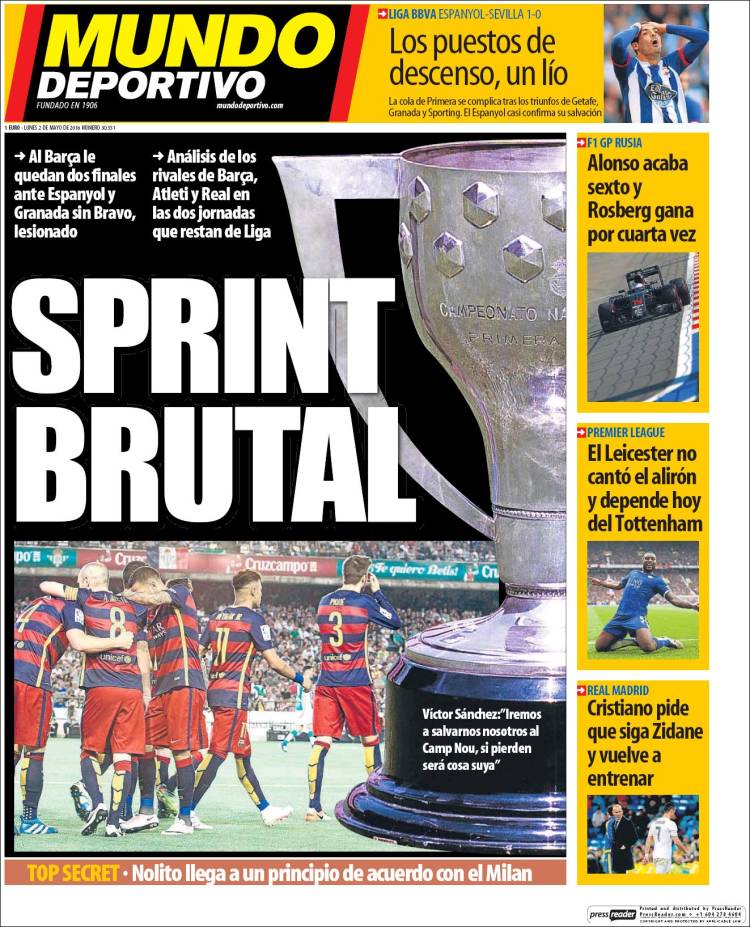 Barca have two more finals against Espanyol and Granada without Bravo, who is injured

Victor Sanchez: “We’ll go to Camp Nou to save ourselves, if they lose it’ll be their problem”

Nolito reaches an agreement in principle with Milan

The relegation zone, a mess

The queue to stay in La Primera is made complicated after wins for Getafe, Granada and Sporting

Leicester did not sing the victory song, they depend on Tottenham tonight

Cristiano asks for Zidane to stay and returns to training