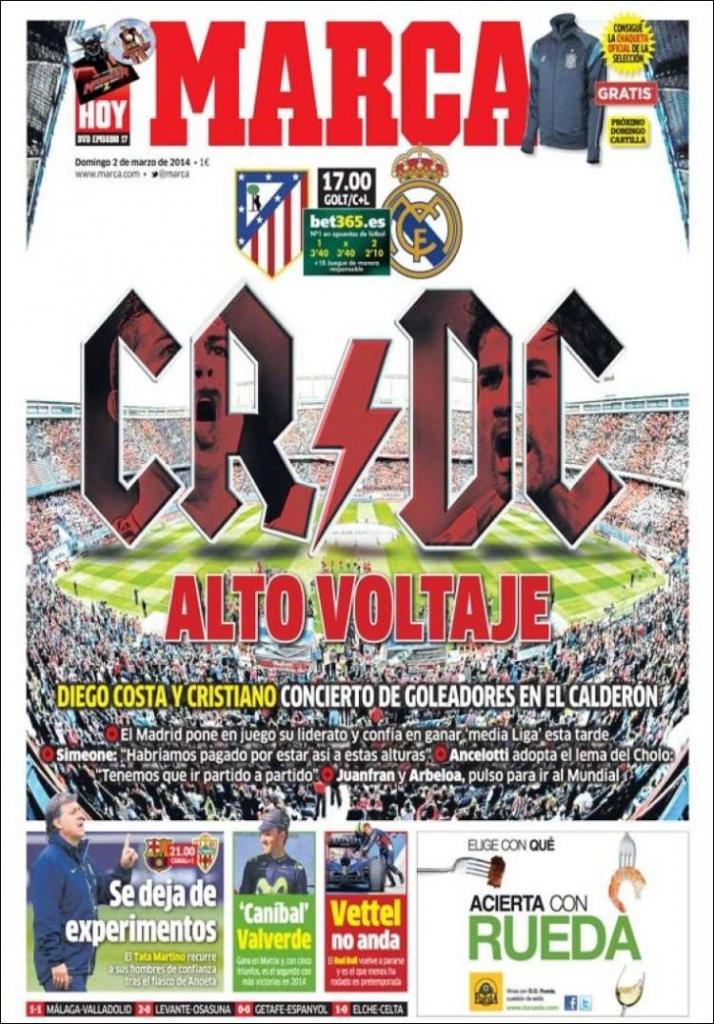 Simeone: "We would have paid to be where we are today"

Ancelotti adopts El Cholo's philosophy: "We have to take it game by game"

Juanfran and Arbeloa competing for a World Cup place

No experiments this time 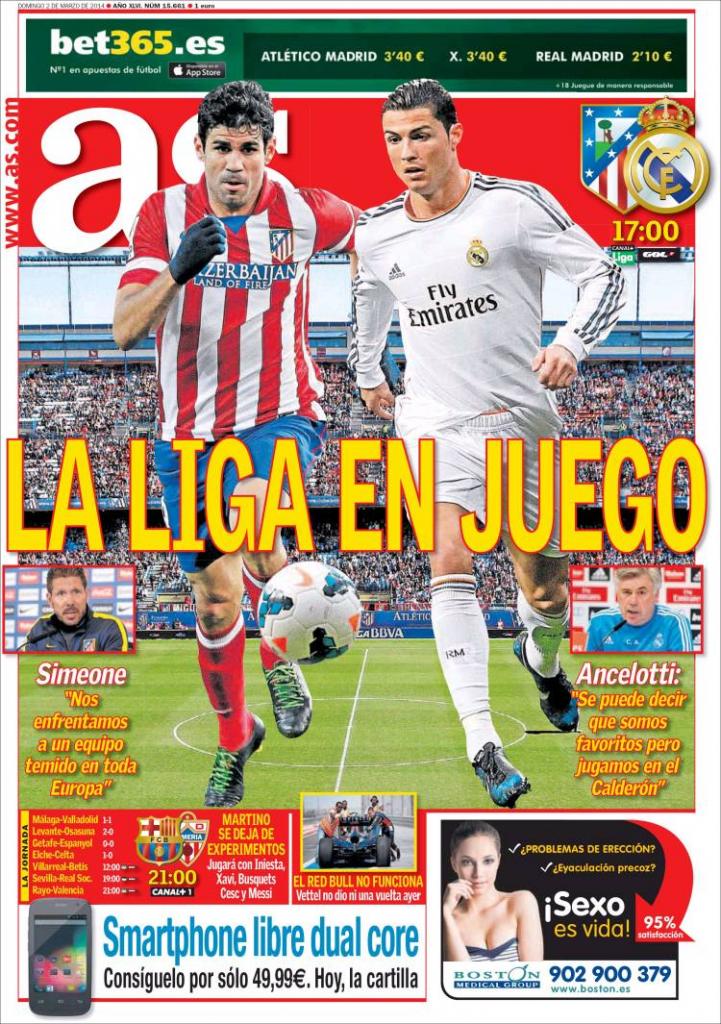 Simeone: "We are meeting the best team in all of Europe"

Ancelotti: "We may be favourites but we are playing at the Calderon"

Martino is not experimenting this time

He will play Iniesta, Xavi, Busquets, Cesc and Messi 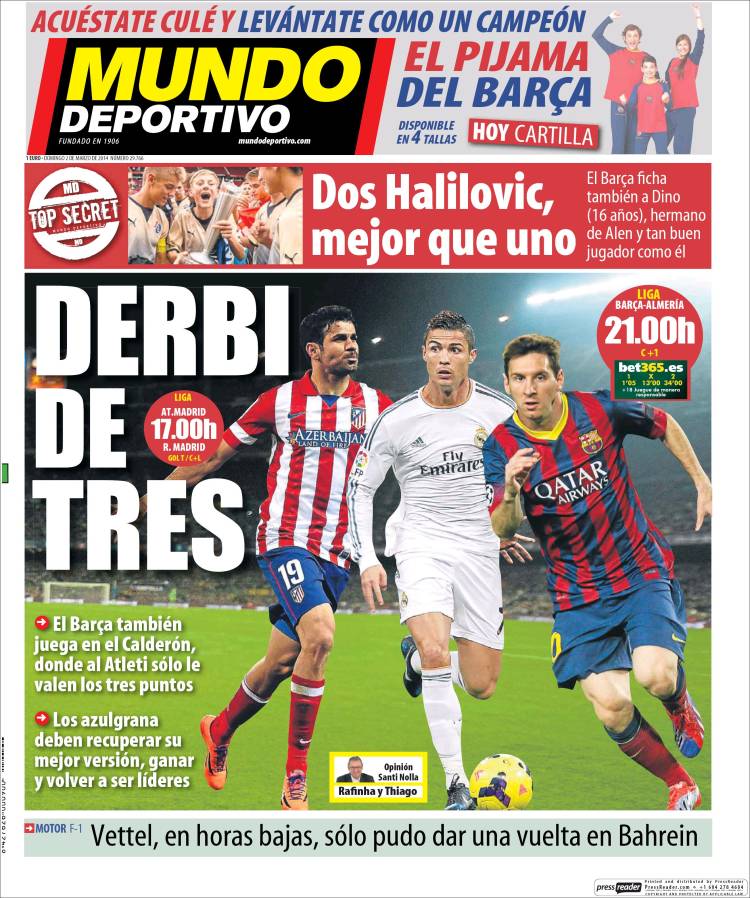 A derby of three

Los Azulgranas have to recover their form, win and return to be leaders

Two Halilovic's is better than one