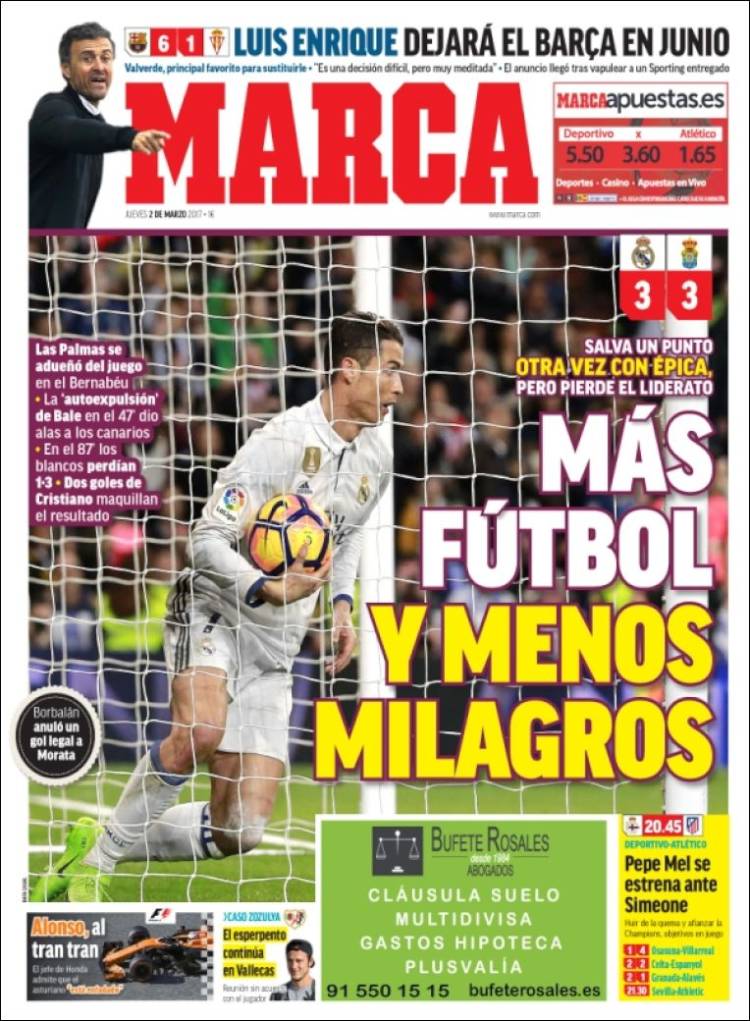 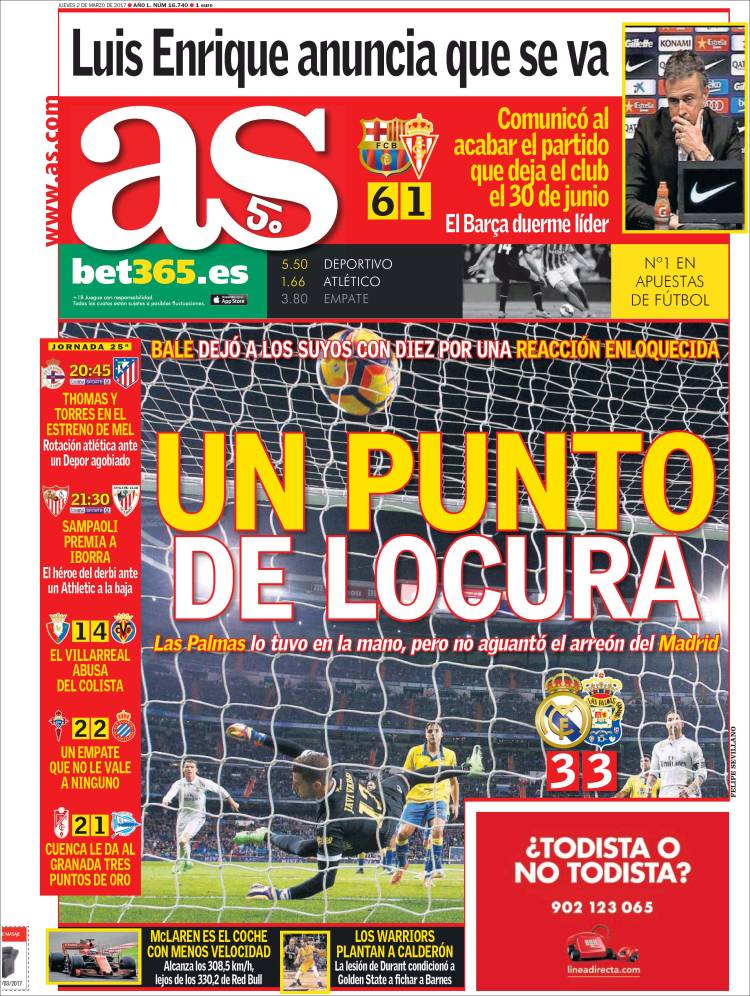 Las Palmas had it in their hands, but could not keep out the barrage of Madrid attacks

Bale given straight red card for a crazy reaction 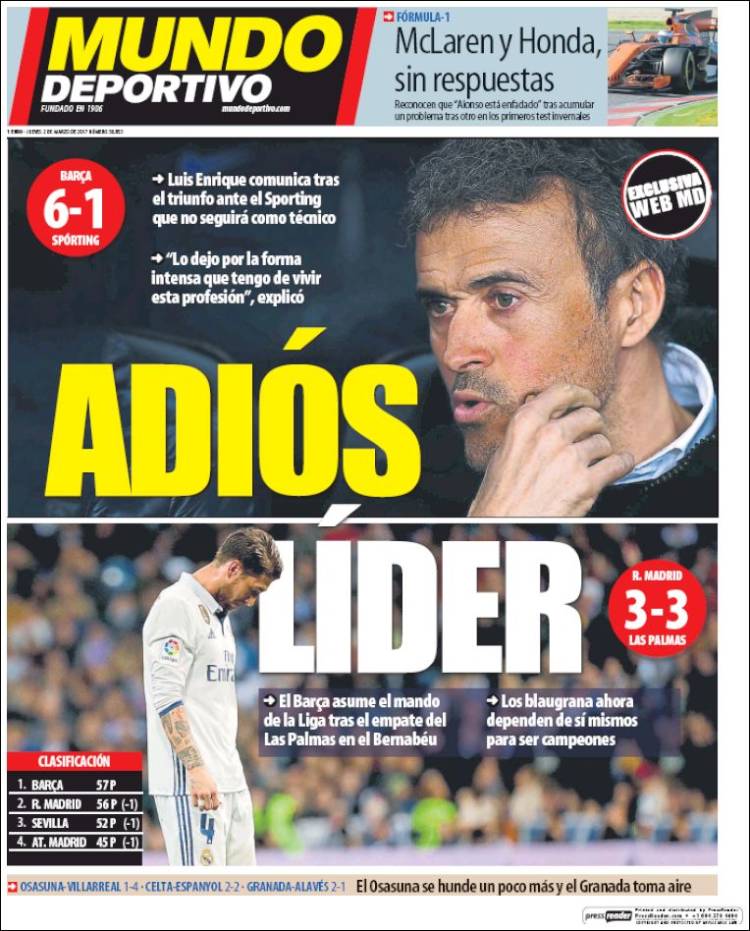 "I'm leaving because of the intense nature of the job," he explains

Barca assume league leadership after Madrid slip against Las Palmas, The Blaugrana now depend on themselves to win La Liga

Osasuna sink yet further but Granada can breathe a little more