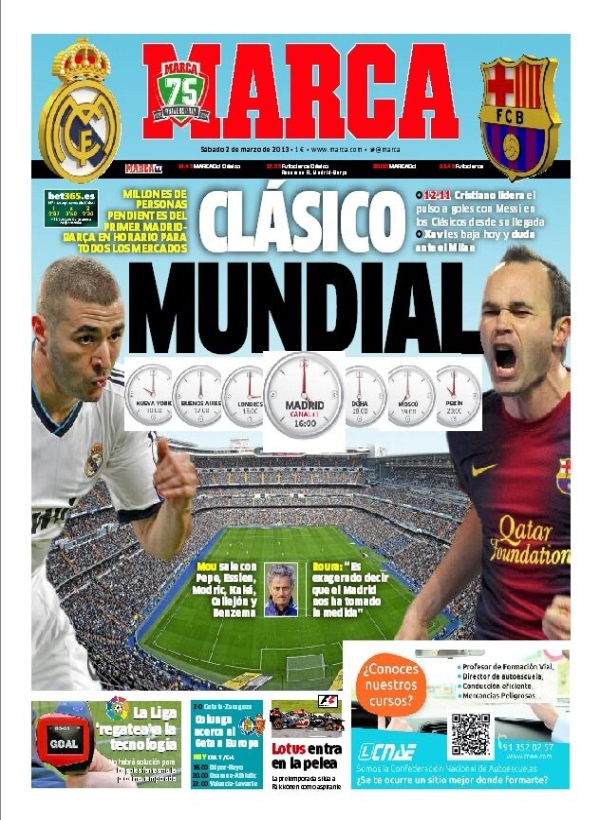 Clasico of the world
Mou goes with Pepe, Essien, Kaka, Callejon and Benzema
Roura: "It is exaggerated to say that Madrid have our measure"
Millions of people around the world waiting for the Madrid-Barca game scheduled at a time so the whole world can see
Cristiano leads Messi in goals scored in the Clasico since his arrival
Xavi is injured and a doubt for Milan
Formula 1: Lotus enter the fight 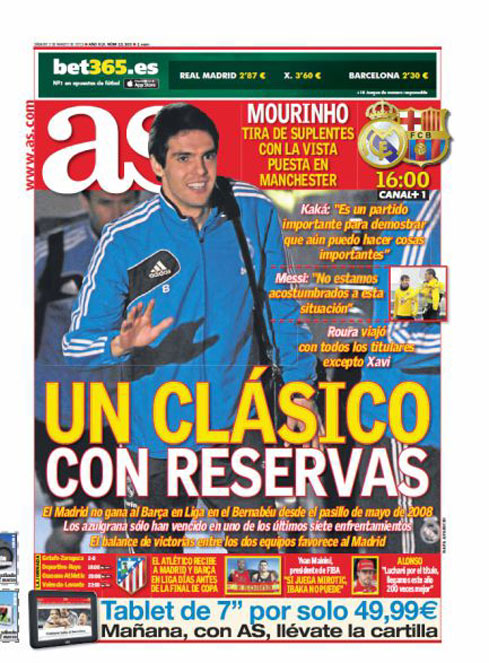 A Clasico of reserves Madrid have not beat Barca at the Bernabeu since May 2008 Los Azulgrana only have won one of the last seven meetings The balance of wins between the two sides favours Madrid Kaka: "It is an important game to demonstrate that even I can do important things" Messi: "We are not used to this situation" Roura travels with everyone except Xavi Mourinho goes with the reserve players in view of Manchester Atletico to play Madrid and Barca days before the Copa del Rey final 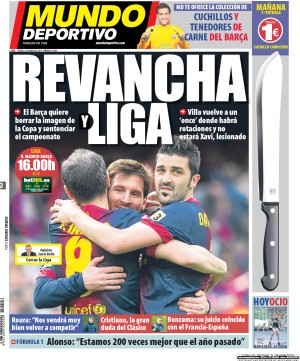 Revenge and the league
Barca want to erase the memory of the Copa and ensure the championship
Villa returns to the first team where there will be rotations and no Xavi who injured
Benzema: His trial coincides with France-Spain
Cristiano, the great doubt for the Clasico
Roura: "We can return to compete"
Formula 1, Alonso: "We are 200 times better than the year before"