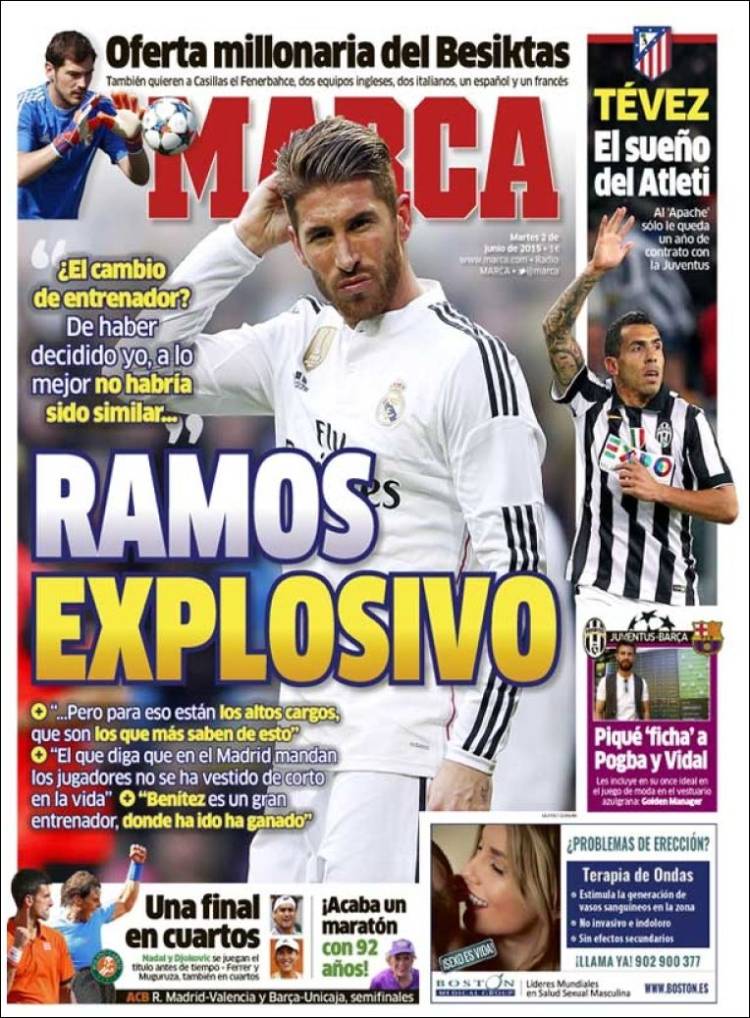 “The change of Coach? If it was my decision, perhaps I wouldn’t do the same…”

“…But for that there are senior officials, who know more about this”

“Benitez is a great Coach, wherever he’s gone he’s won”

They also want Casillas at Fenerbahce, two English teams, two Italian, one Spanish and a French

The dream of Atleti

The ‘Apache’ has only a year on his Juventus contract 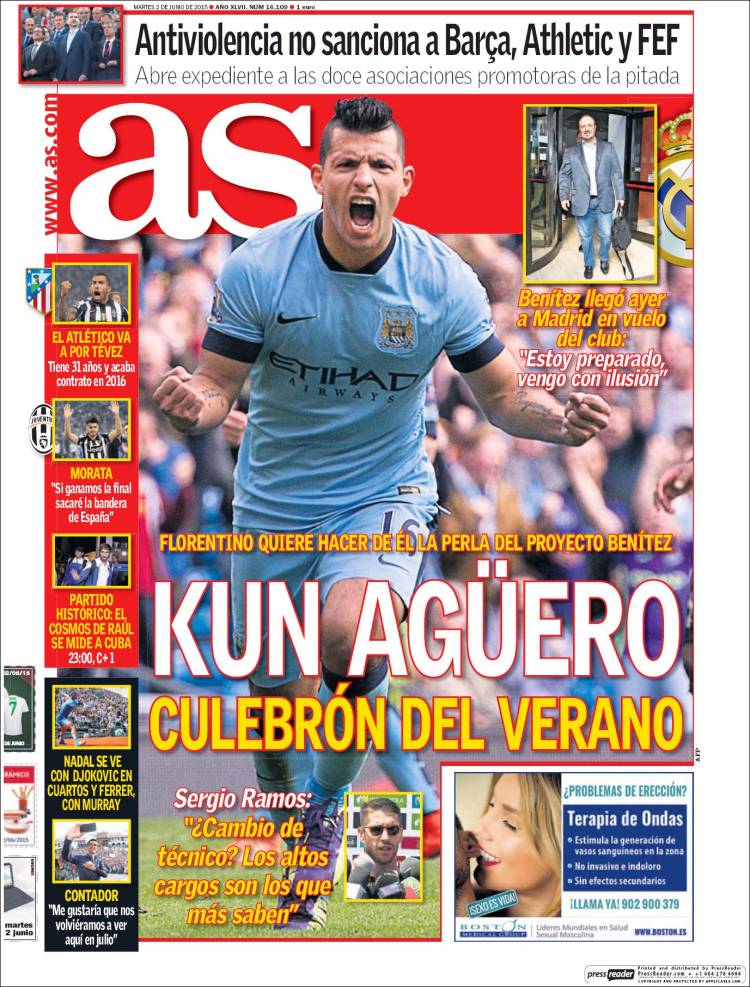 Florentino wants to make him the pearl of the Benitez project

Saga of the summer

Sergio Ramos: ‘Change of Coach? The senior officials know more about that’

“I am prepared, I’m excited”

“If we win the final I’ll wear the Spanish flag” 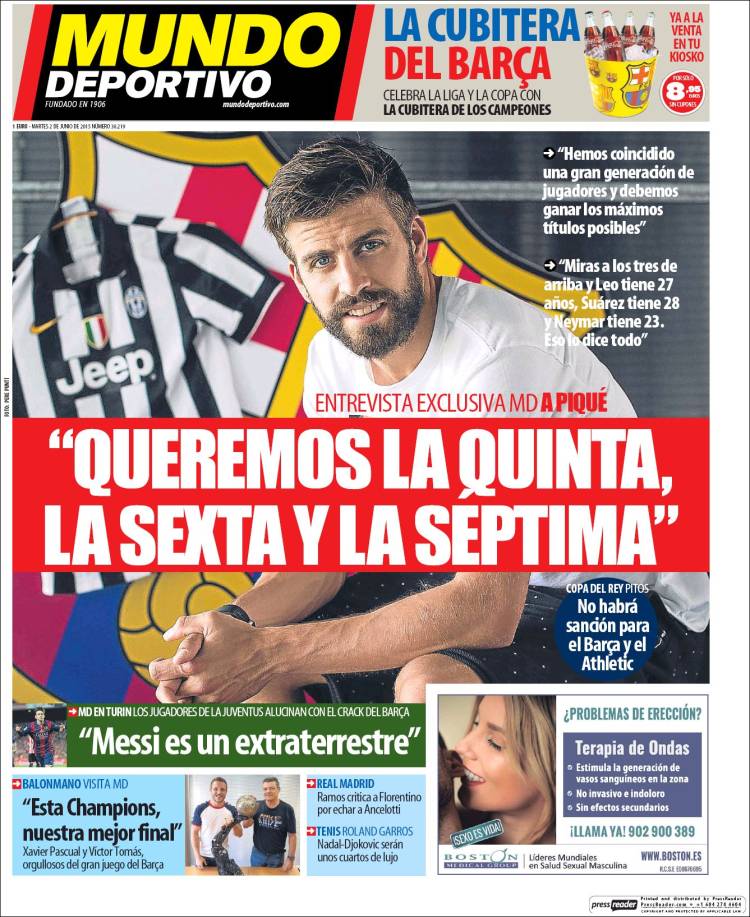 “We want the fifth, sixth and seventh”

No sanction for Barca and Athletic

The Juventus players are amazed by the ‘crack’ of Barca

“Messi is an extra-terrestrial”