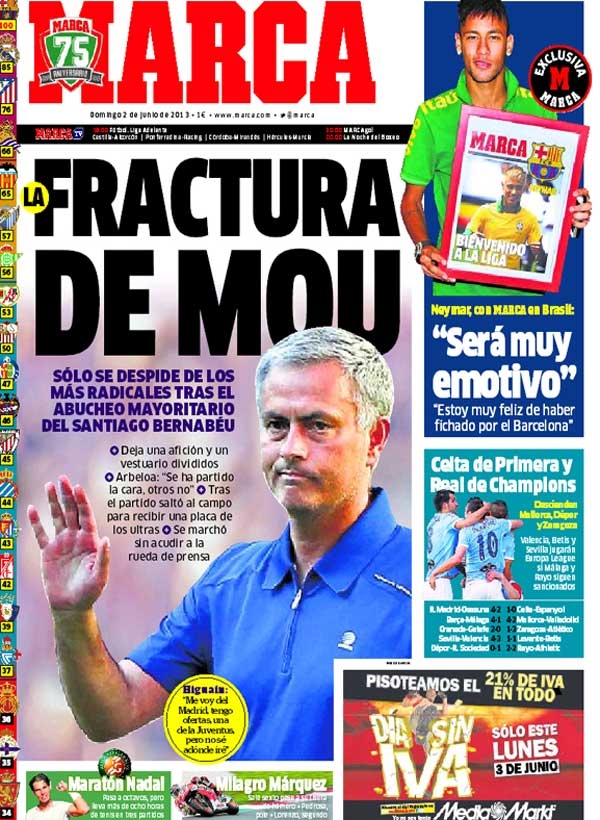 The departure of Mou

Arbeloa: "He has faced up to many things, others no"

After the game he received a plaque from the ultras

He leaves without talking to the press

Higuain: "I'll leave Madrid, I have offers and one from Juventus but I do not know where I will go"

Neymar with Marca in Brazil

"It will be exciting," Neymar

"I am happy to have signed for Barcelona," Neymar

Celta stay in the Primera, Real in the Champions League

Valencia, Bets and Sevilla will play in the Europa League of Malaga and Rayo are sanctioned

Nadal marathon: Progress to the round of 16 but had to battle for 8 hours 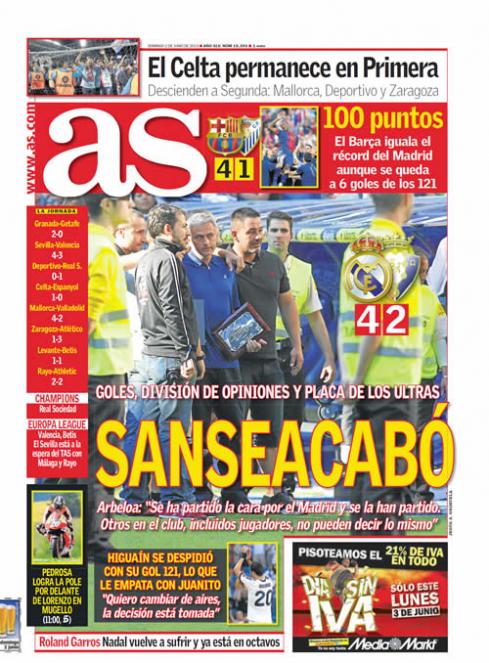 The matter is closed

Goals, divisions and a plaque from the Ultras

Arbeloa: "He has faced up to everything for Madrid and they have played him. Others at the club, including the players, cannot say the same"

Higuain says goodbye with goal number 121, with draws him level with Juanito

"I want to a change of environment, the decision has already been taken"

Celta remain in the Primera Division

Going down to Segunda is Mallorca, Deportivo and Zaragoza

Pedrosa wins pole ahead of De Lorenzo in Mugello

Roland Garros: Nadal returns suffering but makes the Round of 16 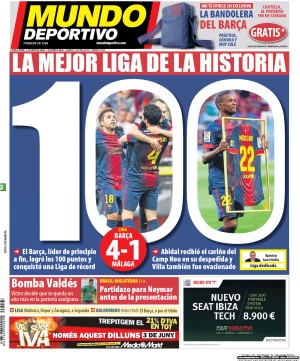 The best in La Liga history

Barca, the leaders from the start to the end, achieved 100 points as they conquered a La Liga record

Victor decides to stay one more year with the Azulgrana

Brazil v England: A opportunity for Neymar ahead of his presentation