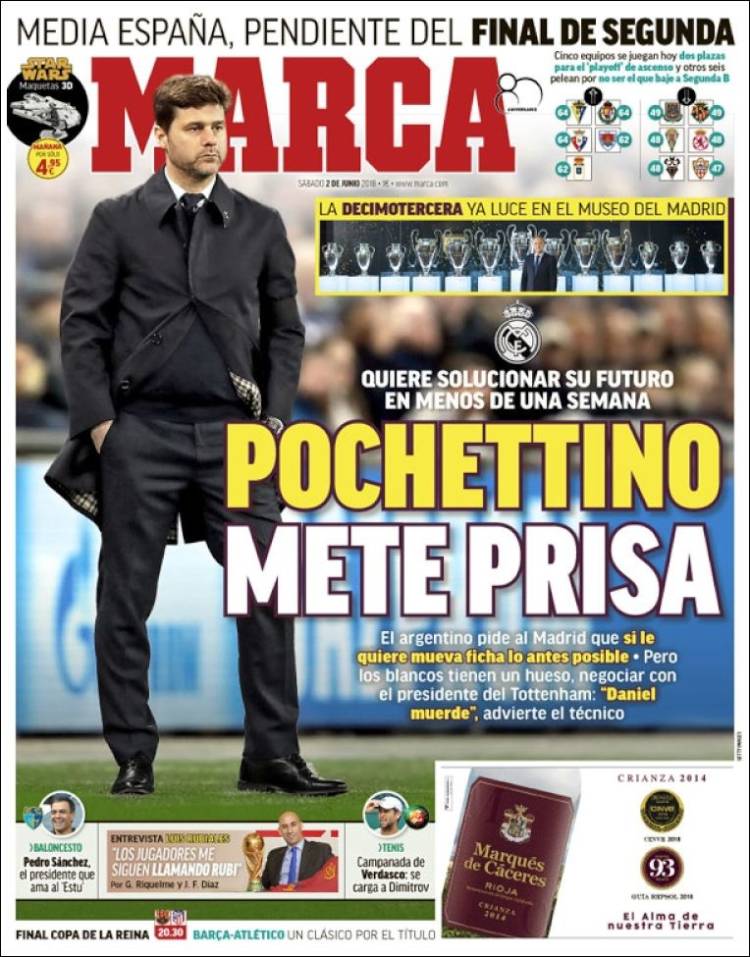 Half of Spain, thinking about the Segunda Final

Five teams play for two places in the promotion playoffs, while the other six battle to avoid Segunda B

He wants to resolve his future in less than a week

The Argentine asks Madrid that if they want him, they must move as quickly as possible

However, Los Blancos have a bone to pick with, negotiating with the Tottenham President: "Daniel bites," warns the Coach

"The players still call me Rubi" 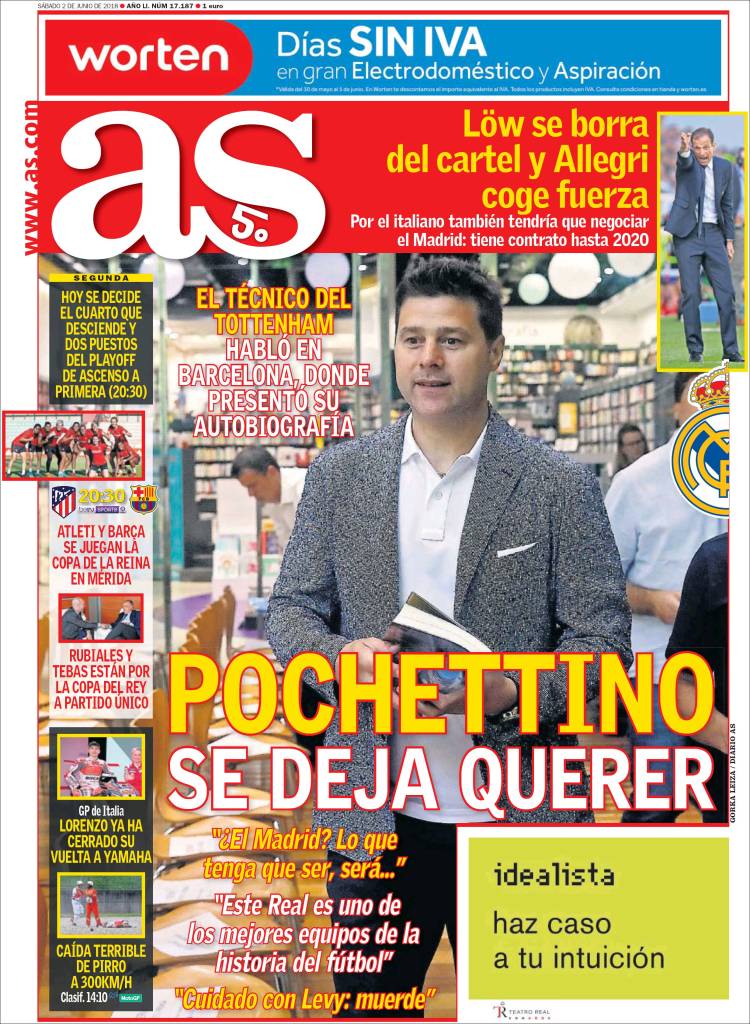 Low is out of the running and Allegri gathers pace

For the Italian, Madrid would also have to negotiate for him: he has a contract until 2020

The Tottenham boss spoke in Barcelona, where he presented his autobiography

"Madrid? What will be, will be"

"This Real are one of the best teams in ihstory"

"Warning about Levy: he bites"

Today the fourth team to go down and two playoff places are decided (19:30 BST) 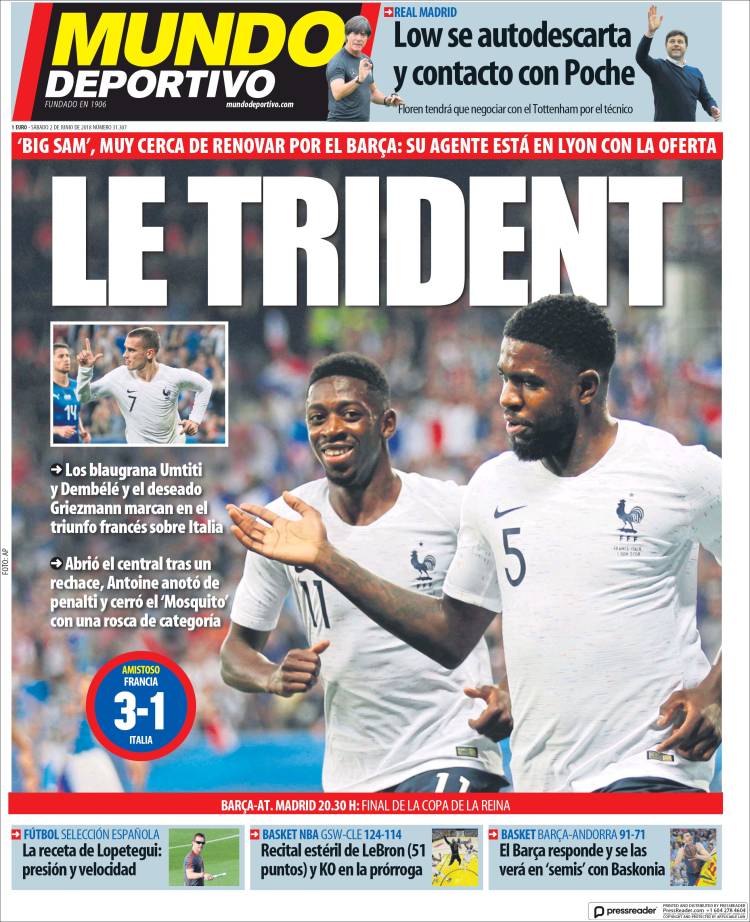 Floren must negotiate with Tottenham for the Coach

'Big Sam', very close to renewing with Barca: his agent is in Lyon with the offer

Blaugrana pair Umtiti and Dembele, plus Griezmann, score in a French triumph over Italy

The centre-back opened the scoring from a rebound, Antoine netted a penalty and the 'Mosquito' rounded things off