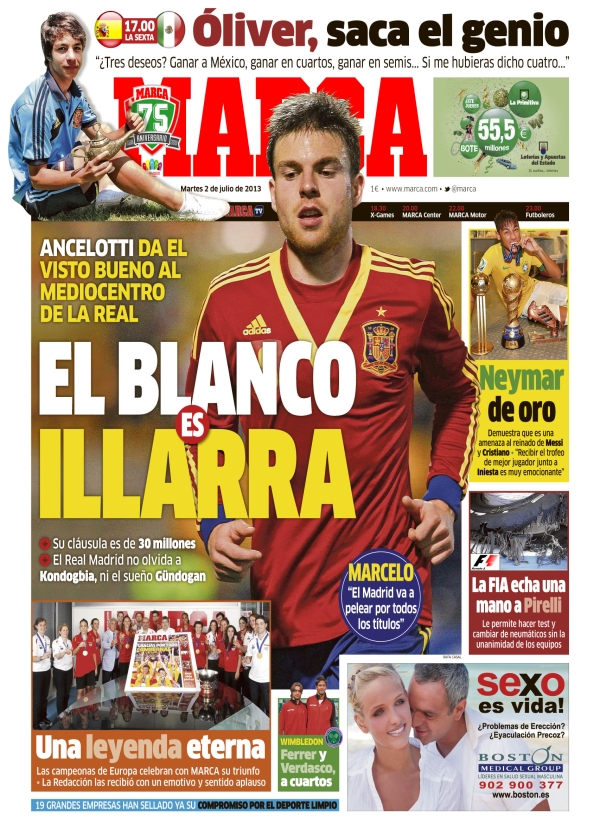 His clause is 30€ million

Marcelo: "Madrid will fight for everything"

FIA lend a hand to Pirelli

Oliver, the genius is coming out

"Three desires? To win in Mexico, to win the quarters, to win the semis, if I you said to me four..."

The champions of Europe celebrate with Marca their triumph

Wimbledon: Ferrer and Verdasco to the quarters

19 great companies have agreed on how to clean up sport 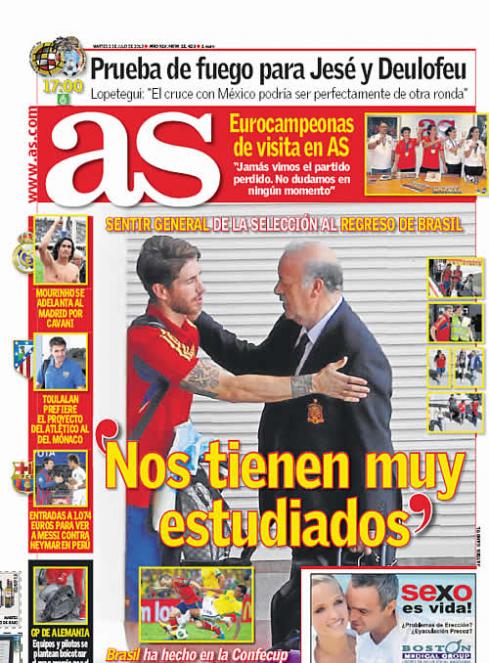 "They have studied us alot"

The national team return from Brazil

Brasil committed 107 fouls in the Confederations Cup and Spain ,58

Tickets for 1074€ to see Neymar and Messi in Brazil

German GP: Teams and drivers plan boycott the great race because of Pirelli

"We never saw us losing the game. We never had a doubt"

A test of fire for Jese and Deulofeu

Lopetegui: "The meeting with Mexico could be the perfect test" 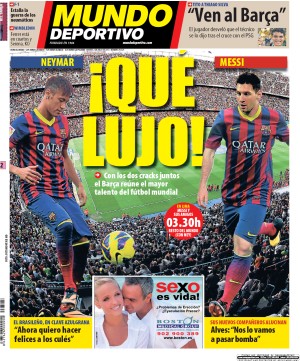 Neymar and Messi: What luxury

The Brazilian will be key

"I want to make the Azulgranes happy"

Alves: "We will be fantastic with him"

The player reveals the coach has asked him to leave PSG

Formula 1: The war starts over neumatics

Wimbledon: Ferrer is in the quarter finals and Serena is knocked out