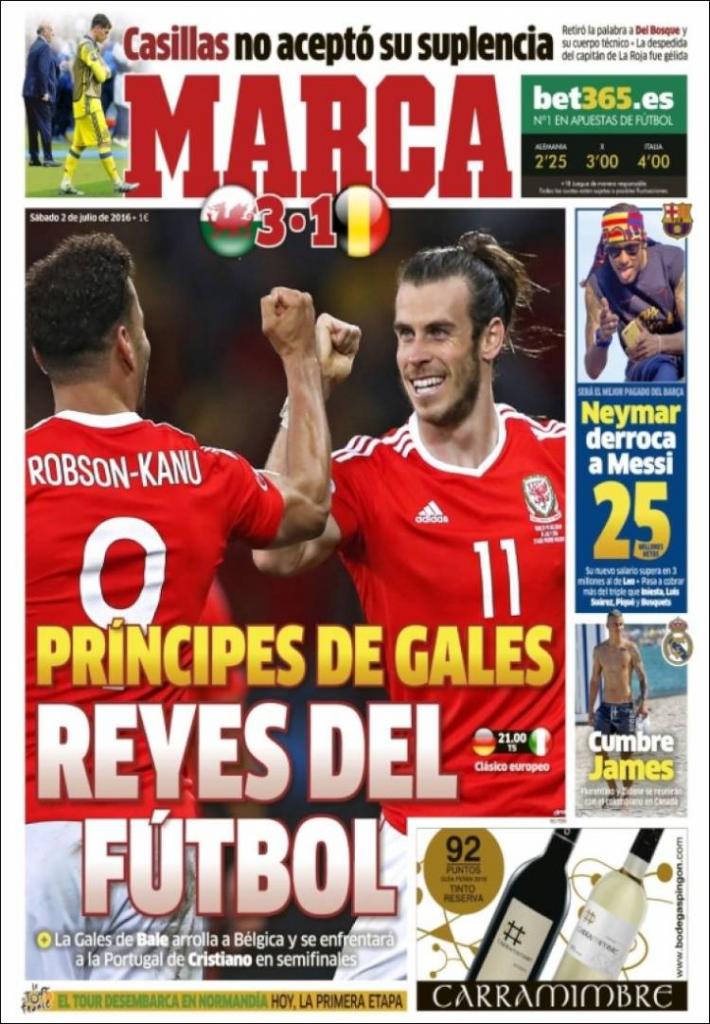 Casillas did not accept his substitution

He withdrew his word to Del Bosque and his coaching staff

The captain’s farewell to La Roja was icy

He will be the highest-paid player at Barca

He will earn more than triple to that of Iniesta, Luis Suarez, Pique and Busquets

Florentino and Zidane will meet with the Colombian in Canada 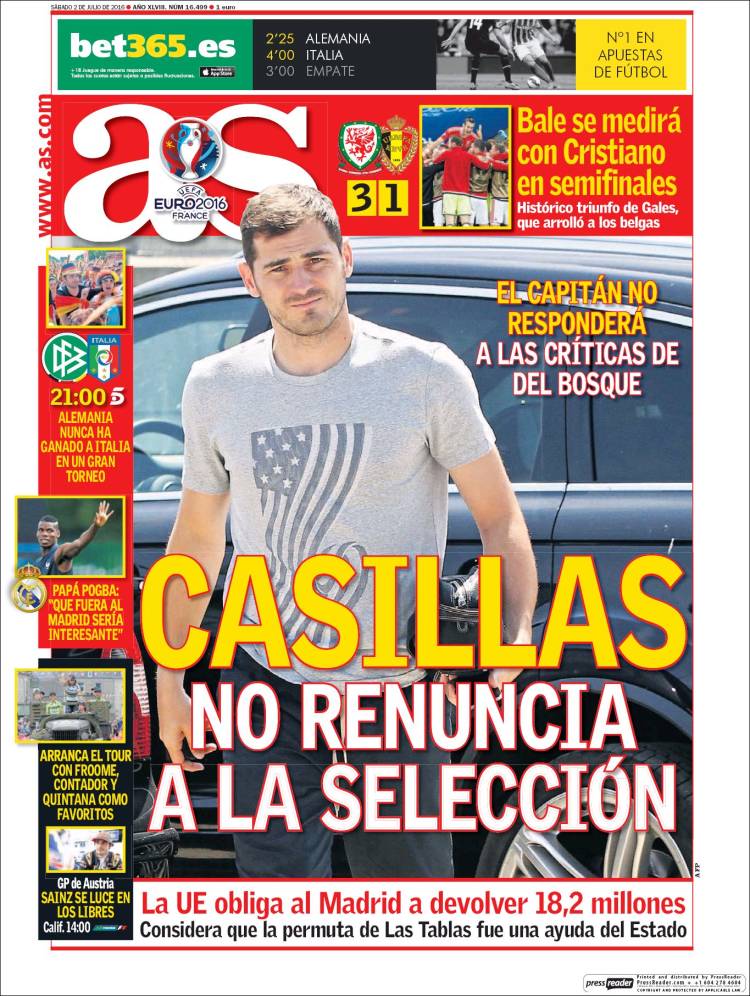 Casillas does not renounce the national team

The captain did not respond to criticism of Del Bosque

Bale will face Cristiano in semi-finals

Germany have never beaten Italy at a major tournament

Pogba’s father: “It would be interesting if he went to Madrid” 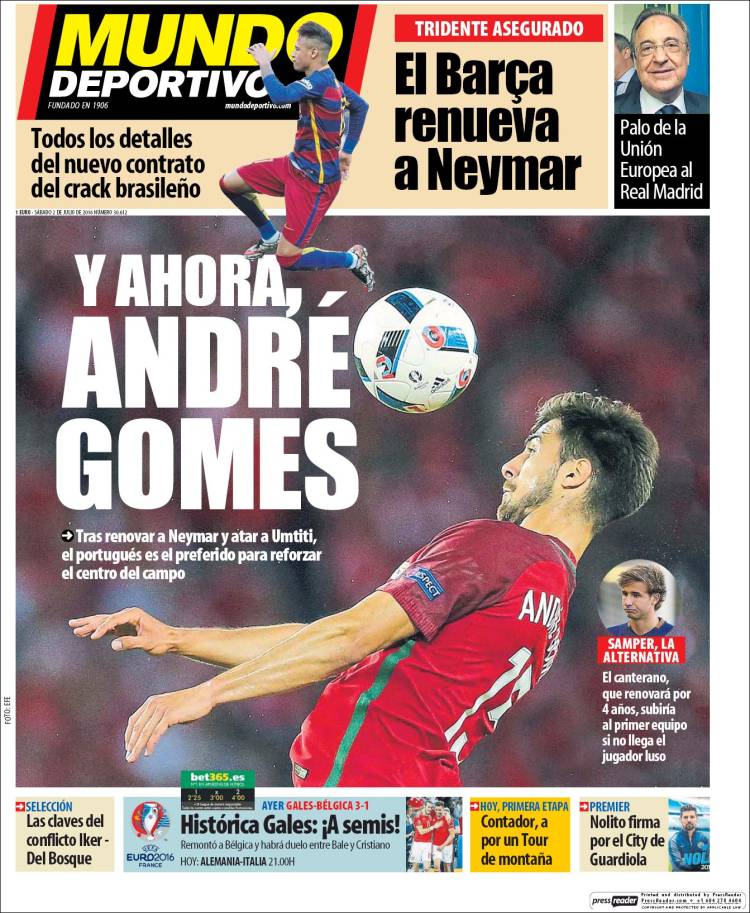 After renewing Neymar and tying down Umtiti, the Portuguese is the favourite to reinforce Barca’s midfield

The canterano, who has renewed for four years, will be promoted to the first team if the Portuguese does not arrive

The trident is safe

Blow from the European Union to Real Madrid

Historic Wales: to the semis!