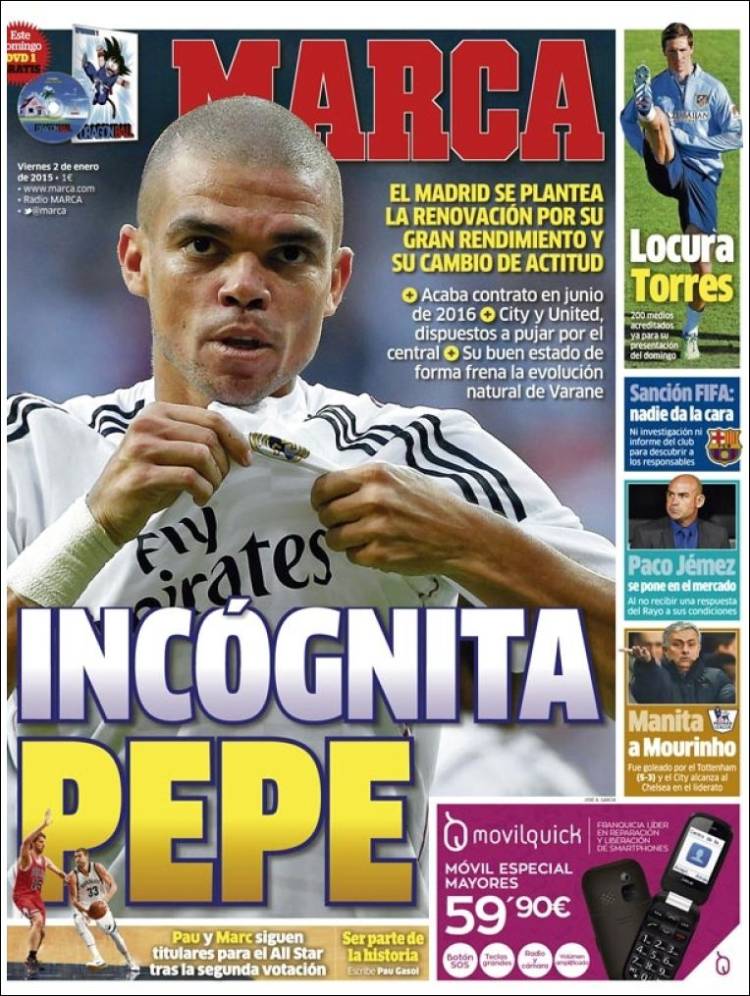 His contract ends in June 2016

City and United ready to push for the central defender

FIFA sanction: nobody faces up

No investigation or information from the club to discover those responsible

Paco Jemez puts himself on the market: he hasn’t received a reply from Rayo over his situation

Five-goal haul against Mourinho: he was on the end of a Tottenham goal feast (5-3) and City join Chelsea as leaders 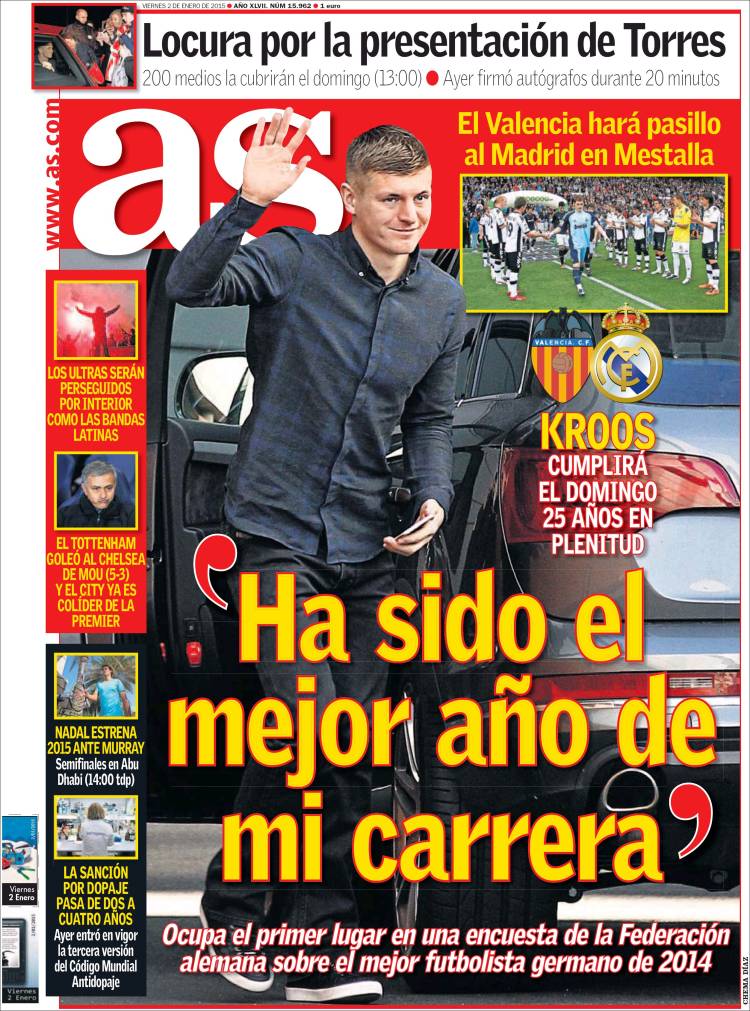 “It’s been the best year of my career”

Kroos will celebrate a full 25 years on Sunday

Valencia will form a guard of honour for Madrid at Mestalla 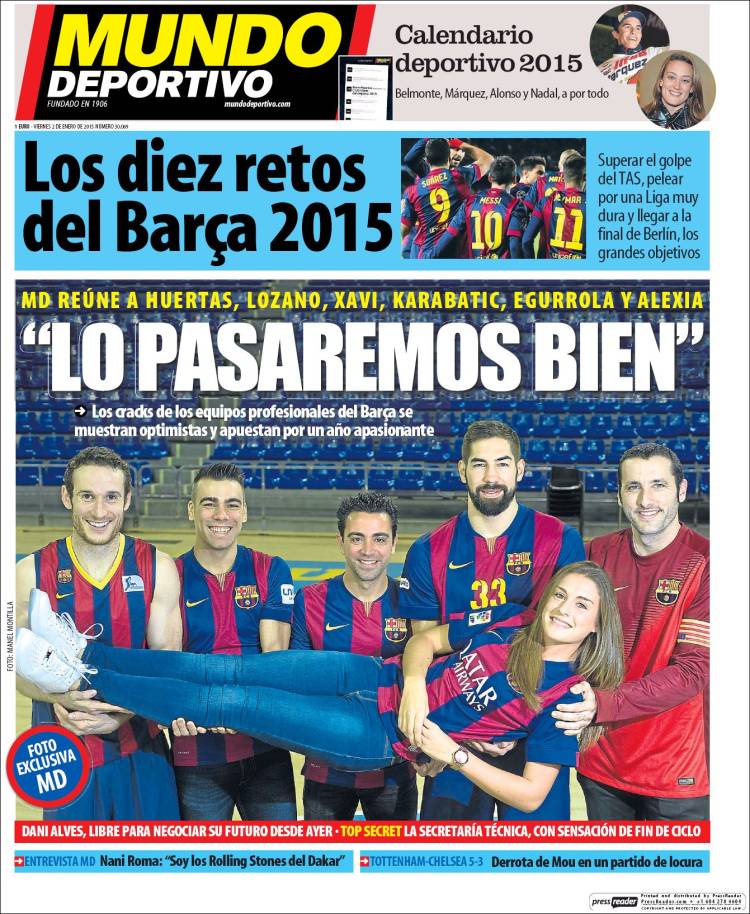 MD gets together with Huertas, Lozano, Xavi, Karabatic, Egurrola and Alexia

Dani Alves, free to negotiate his future from yesterday

Top Secret: the technical secretary has the feeling it’s the end of an era

The 10 challenges for Barca in 2015: to overcome the CAS blow, fight for a very tough League and reach the final in Berlin are the great objectives

Tottenham 5 Chelsea 3: defeat for Mou in a mad match