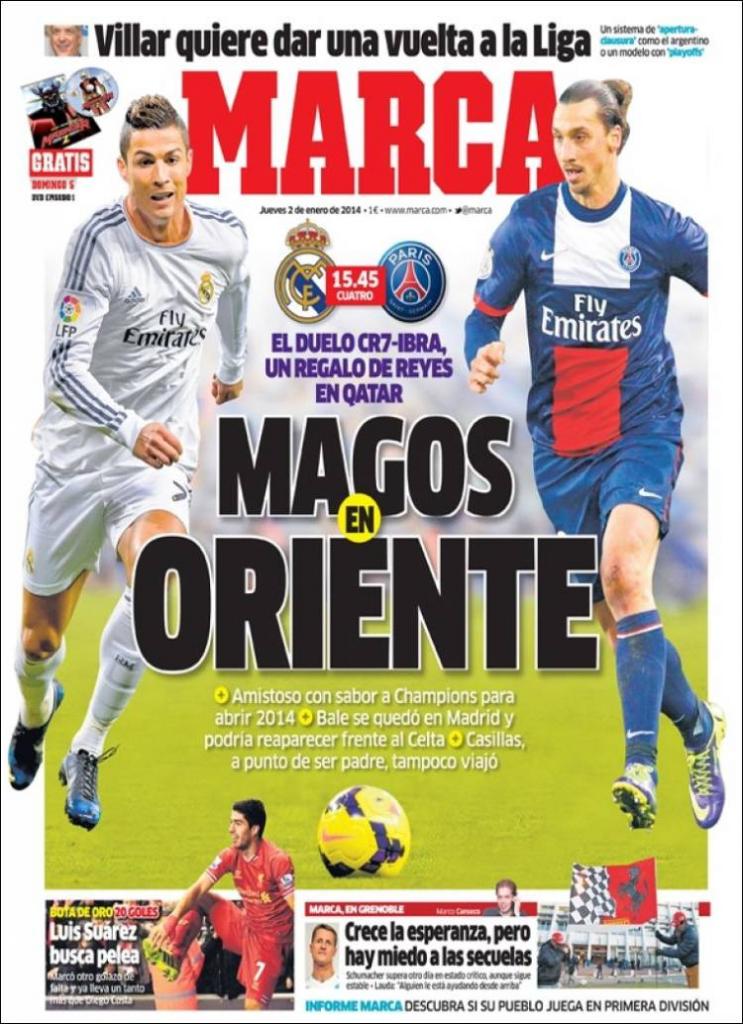 Magicians in the East

A friendly with glamour to start 2014

Bale is left in Madrid to recover fully for Celta

Casillas, who is about to become a father, doesn't travel niether

Villar wants to give La Liga a new format

Luis Suarez looks for a fight

Lauda: "Someone is helping him from above" 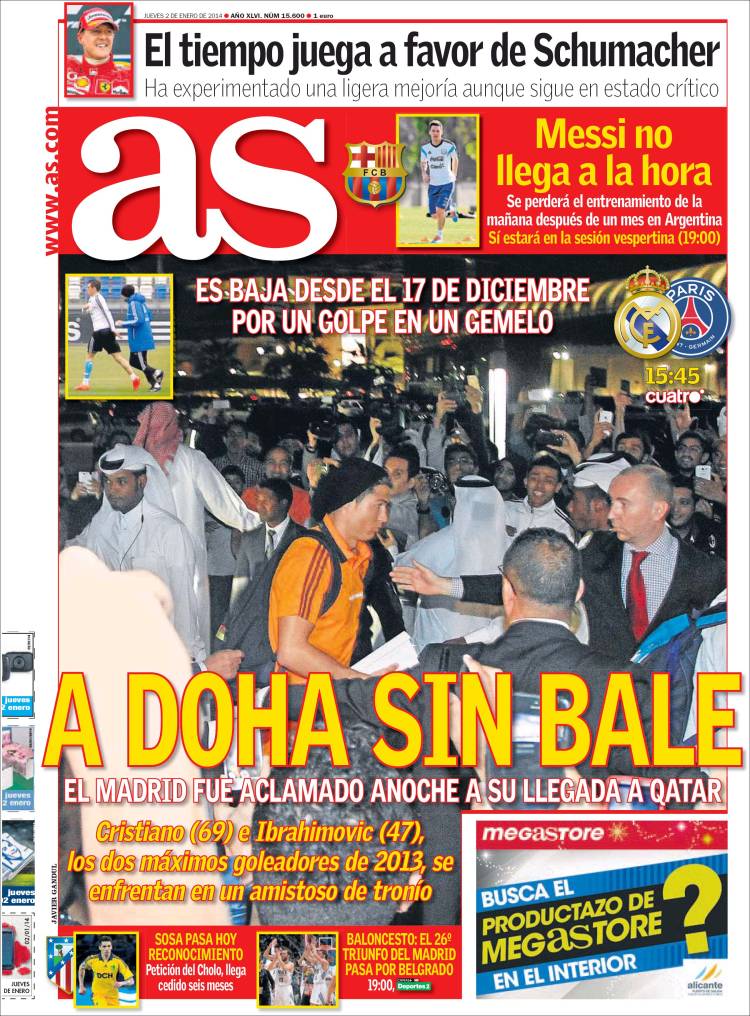 To Doha without Bale

Madrid were met with acclaim last night on arrival to Qatar

MEssi has still not arrived

He misses training in the morning after a month in Argentina

Time is in favour of Schumacher

Sosa to be given a check up today 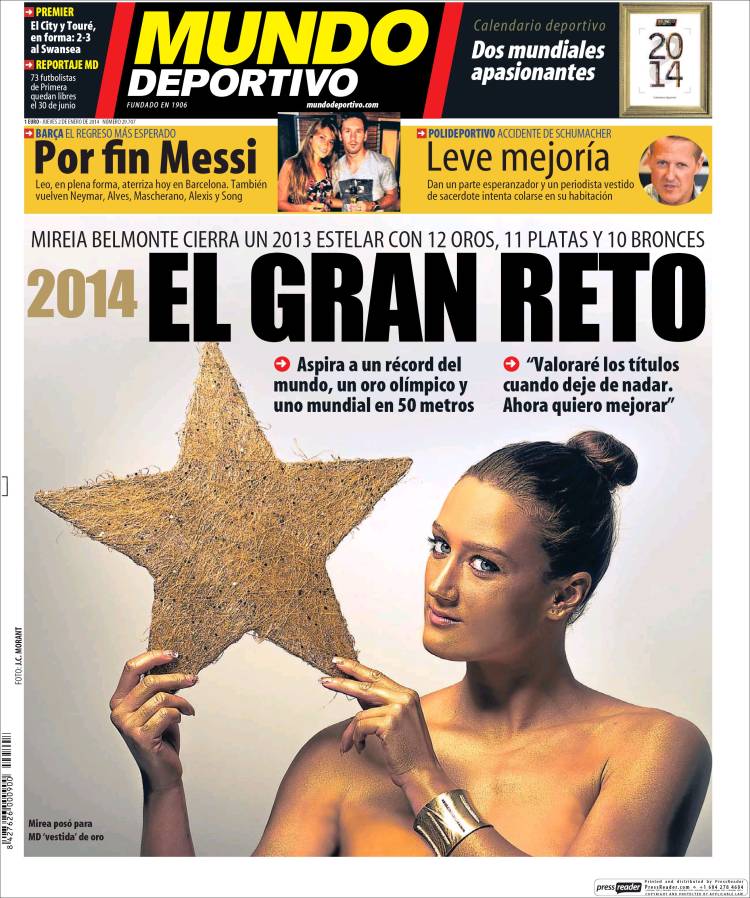 She is aiming for a new world record, a gold at the Olympics and in the 50 metres

"I will value the titles more when I retire, now I want to improve"

A small improvement in Schumacher's condition

Premier League: City and Toure in great form as they beat Swansea 2-3