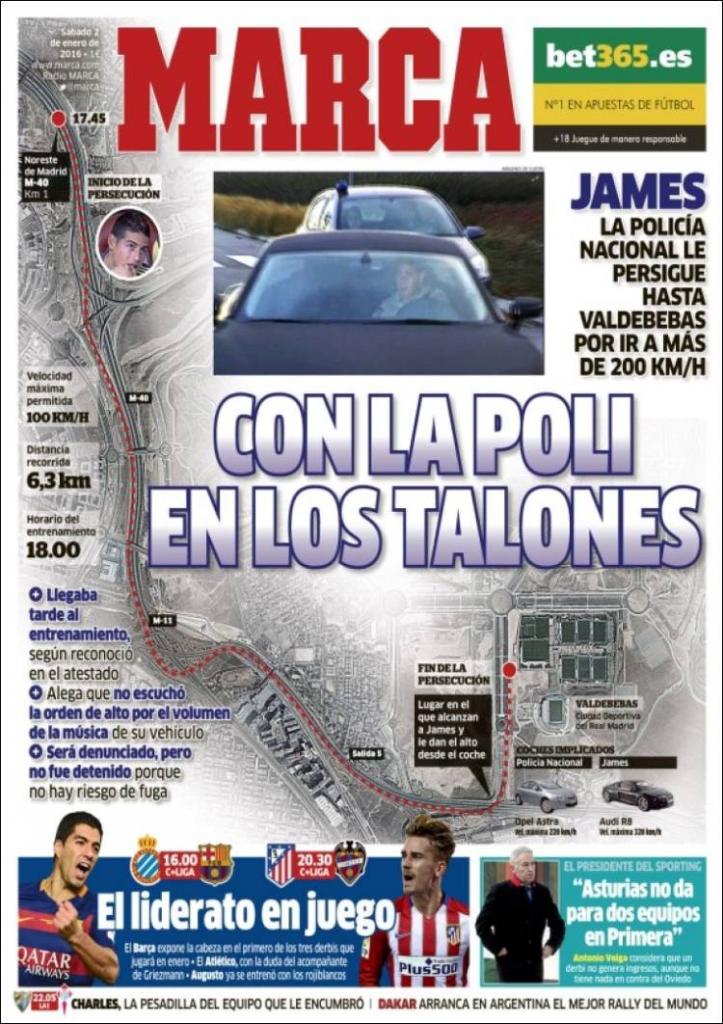 With the cops on his heels

He was late for training, as recognised by the police

Top spot up for grabs

Atletico, with doubts over who will partner Griezmann

Augusto has already trained with Atletico

The President of Sporting

‘Asturias is not enough for two teams in La Primera’

Antonio Velga believes a derby would not generate revenue, although he has nothing against Oviedo

Charles, the nightmare of the team who exalted him 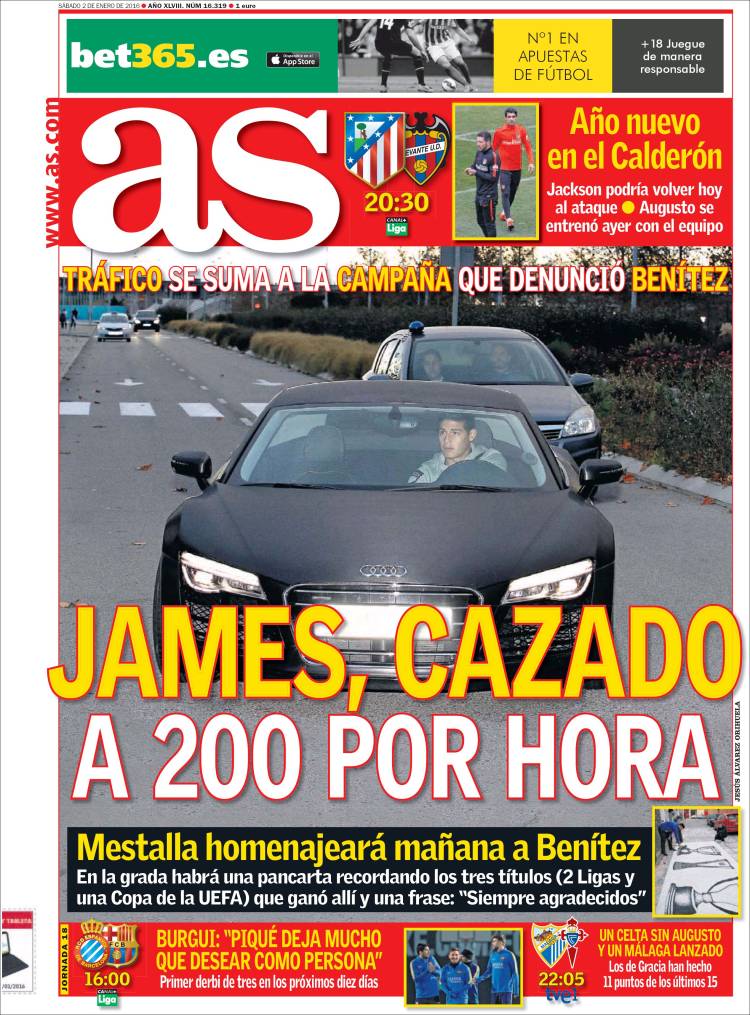 New Year at the Calderon

Jackson could return in attack today

Augusto trained with the team yesterday

In the stands, there will be a banner remembering the three trophies (two La Ligas and a UEFA Cup) he won, with the sentence: “Always grateful”

Burgui: “Pique leaves much to be desired as a person”

First of three derbies in the next 10 days

A Celta without Augusto and a Malaga side up and running 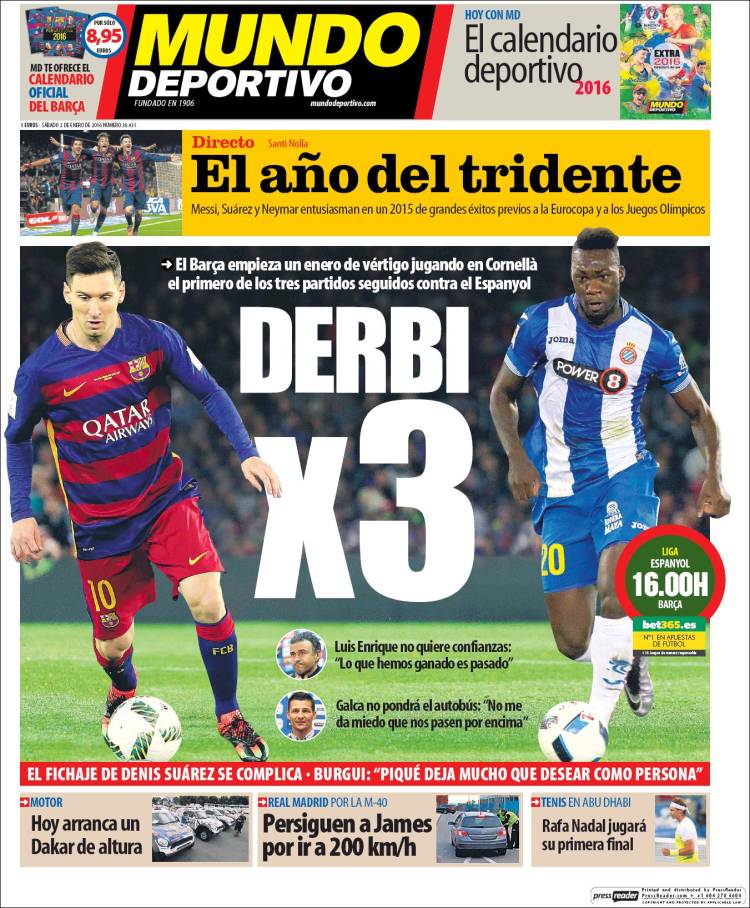 Luis Enrique does not want complacency: “What we’ve won is in the past”

Galca will not park the bus: “I’m not afraid that they’ll pass around us”

The signing of Denis Suarez is difficult

Burgui: “Pique leaves much to be desired as a person”

The year of the trident

Messi, Neymar and Suarez want to repeat their greatest hits of 2015 before Euro 2016 and the Olympic Games

Real Madrid along the M40

James is chased for going to 200km/h