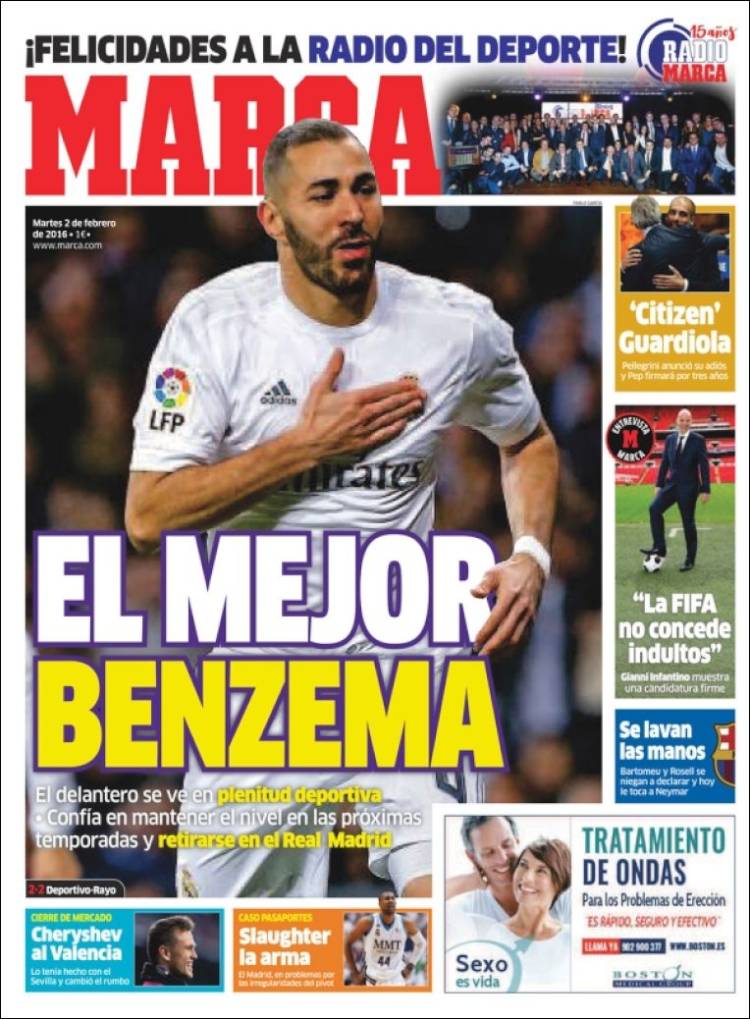 The forward is in sporting success

He had agreed with Sevilla and changed course

Pellegrini announces his goodbye, and Pep agrees for three years

They wash their hands 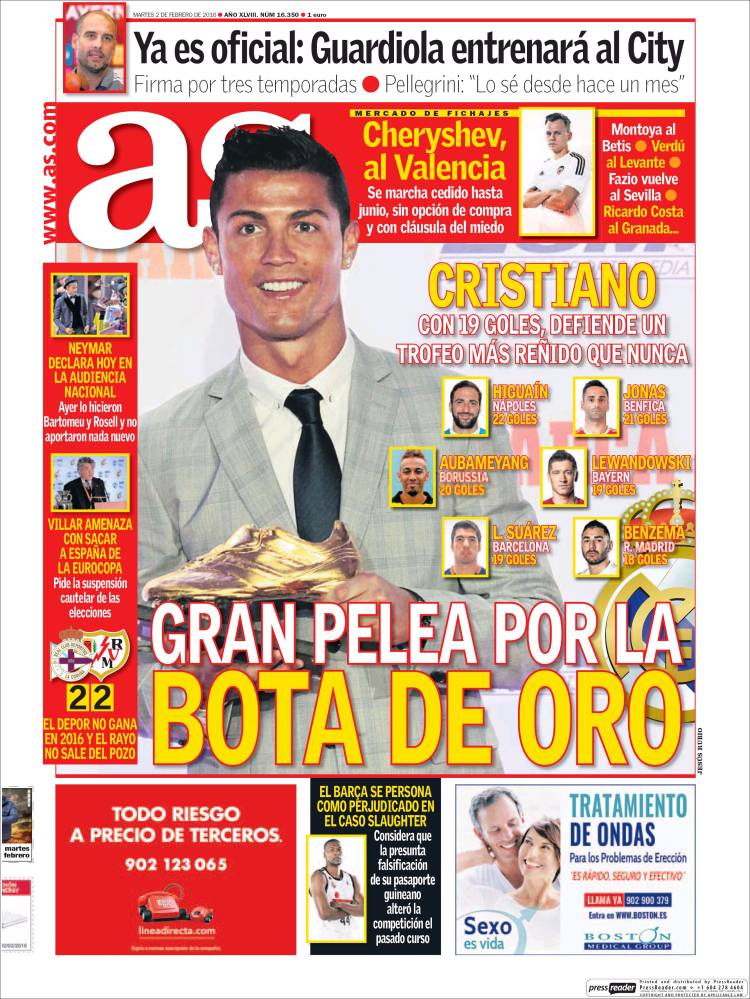 Pellegrini: “I’ve known for a month”

He leaves on loan to June, without an option to purchase or a fear clause

With 19 goals, defends the trophy against greater odds than ever

Great fight for the Golden Boot

Neymar to declare today at the Audienca Nacional

Bartomeu and Rosell did yesterday and didn’t provide anything new

Villar is threatening to take Spain out of the European Championships

Requests the precautionary suspension of the elections 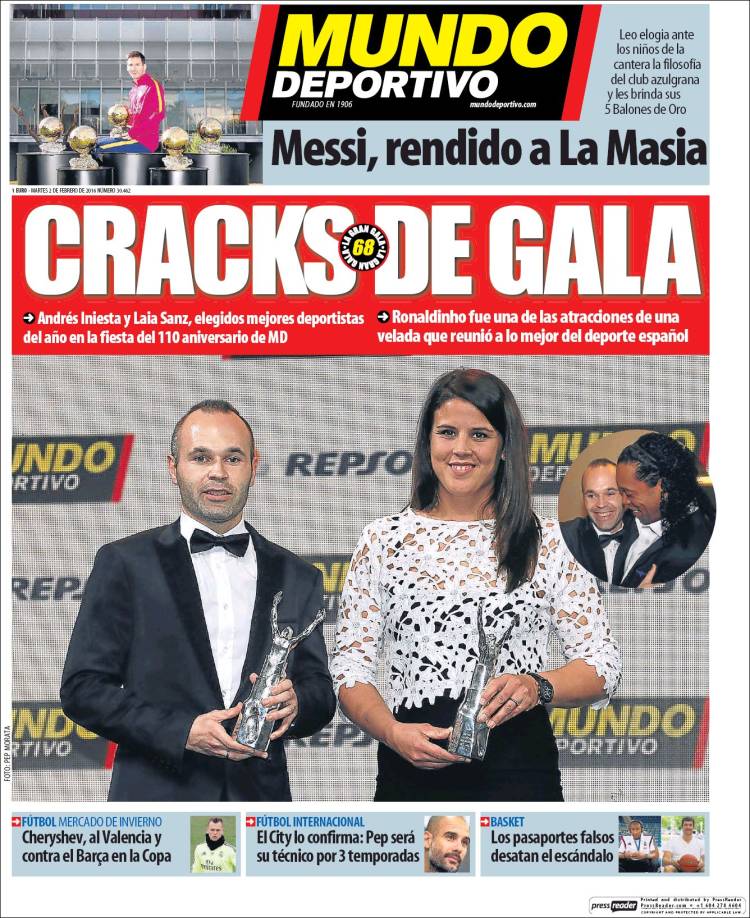 Stars of the Gala

Andres Iniesta and Laia Sanz, named the best sportspeople of the year at the party for the 110th anniversary of MD

Cheryshev, to Valencia and against Barca in the Copa

City confirm: Pep will be the Coach for three seasons