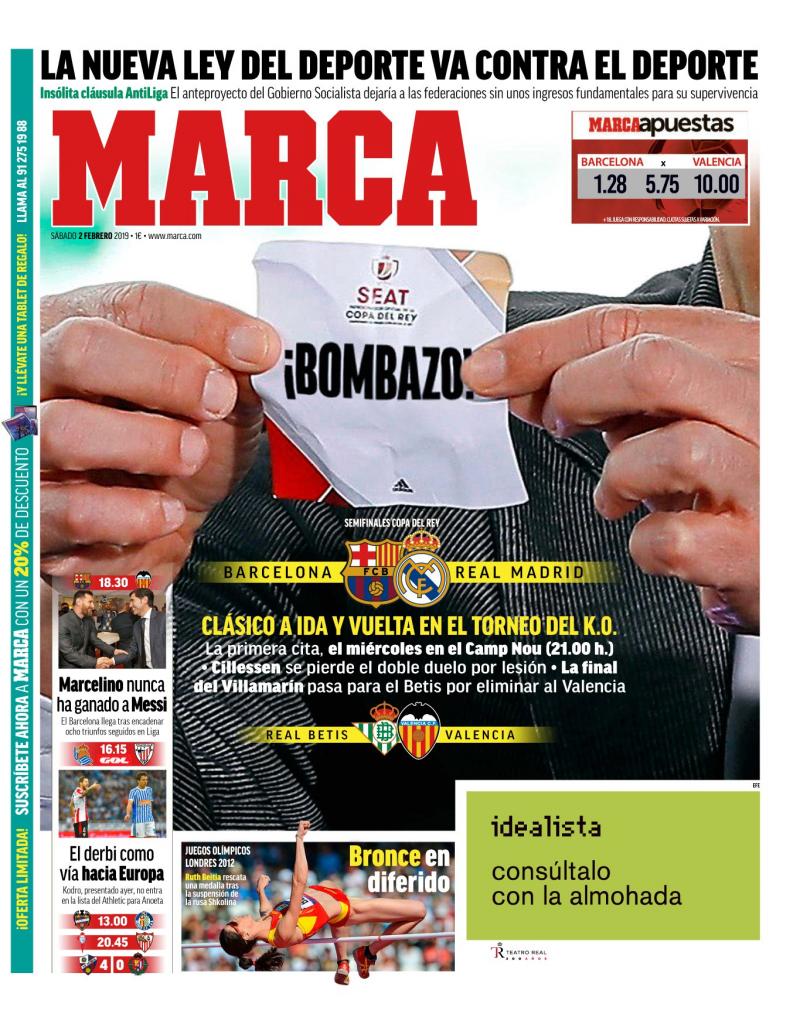 Real Madrid/Barcelona: The Big Bomb - Real and Barcelona paired together in the Copa del Rey semi finals, with the final against either Valencia or Real Betis.

Barcelona: Jasper Cillessen to miss both games due to injury, with the first leg on February 6th at the Nou Camp.

Barcelona: Valencia boss Marcelino has never tasted victory over Lionel Messi as a manager ahead of their meeting this weekend, with the visitors winning their last eight games. 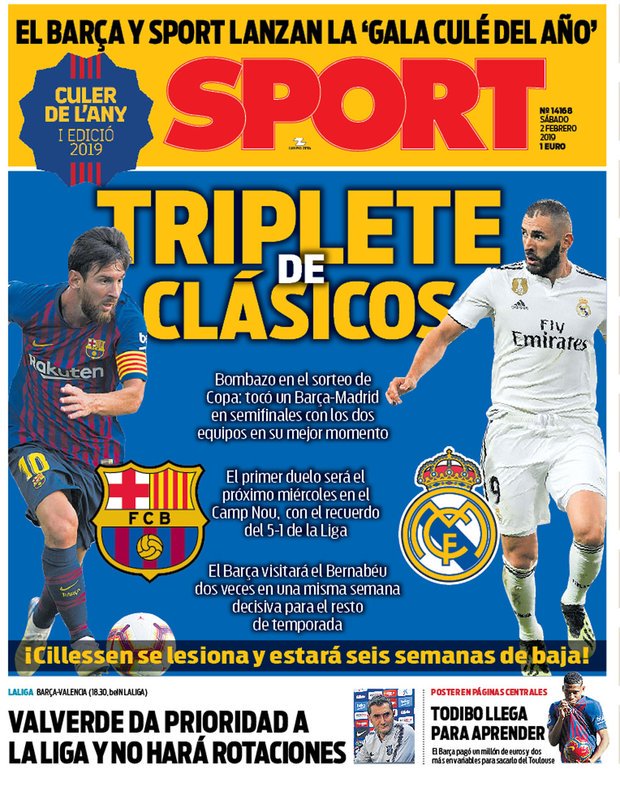 Real Madrid/Barcelona: Triplet of clasicos, as Real Madrid and Barcelona face each other in the Copa del Rey semi finals, alongside La Liga clash. The first leg is at the Nou Camp on February 6th, with the memory of Barca's 5-1 win league win from October.

Barcelona: Todibo has come to learn - Barca paid €1m in compensation to Toulouse plus the potential for €2m more in add ons. 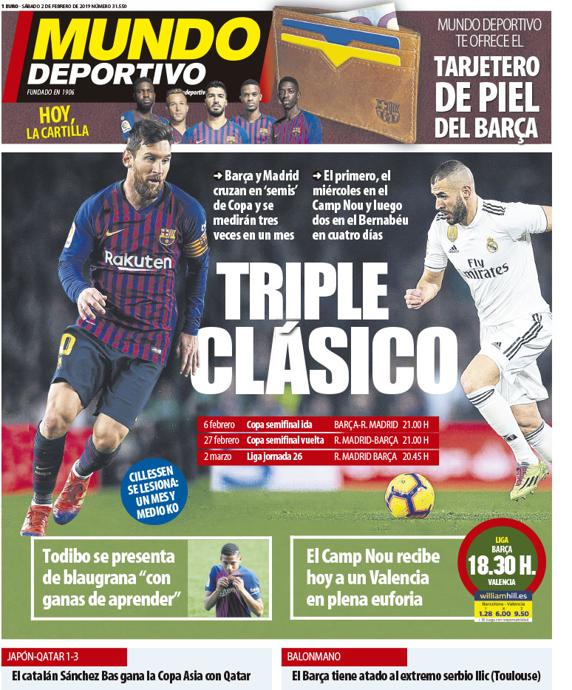 Barcelon/Real Madrid: Triple Clasico - As Barca and Real Madrid cross paths in the semi finals of the Copa del Rey, and face each in a league clash in the space of a month. First leg is February 6th at the Nou Camp, and two in the Santiago Bernabeu, inside four days.

Barcelona: 'Keen' Todibo presented as new Barcelona player as on form Valencia head to the Nou Camp this weekend.