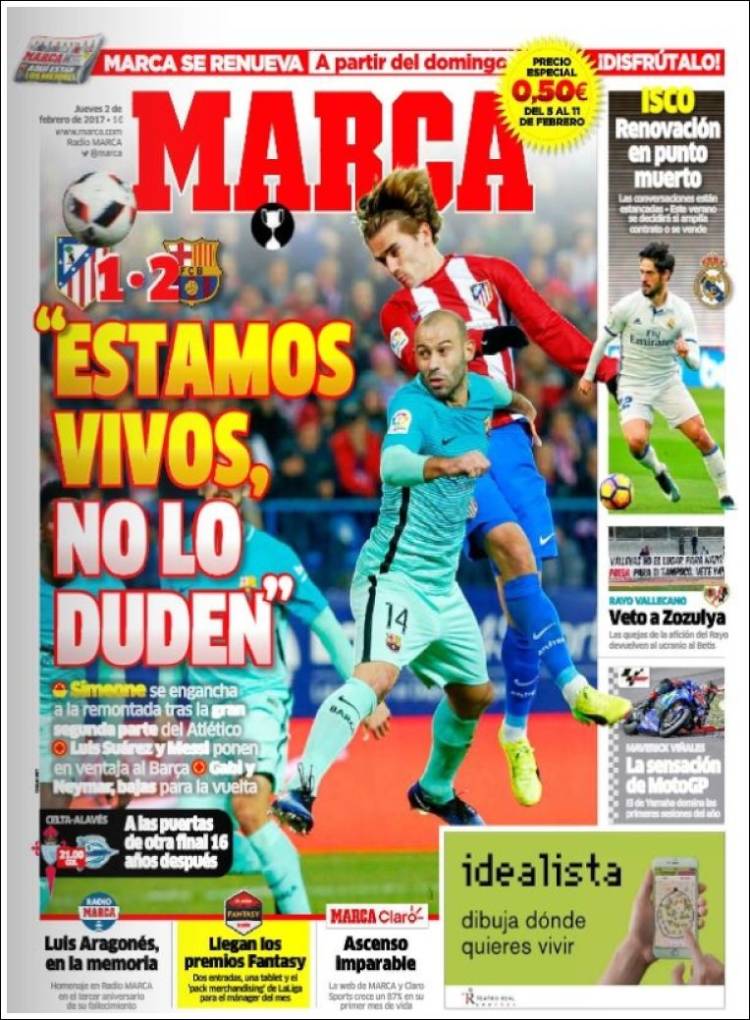 "We are alive, don't doubt it"

Simeone hails a strong comeback after a great second half from Atletico, Luis Suarez and Neymar give Barca the lead, Gabi and Neymar suspended for 2nd leg 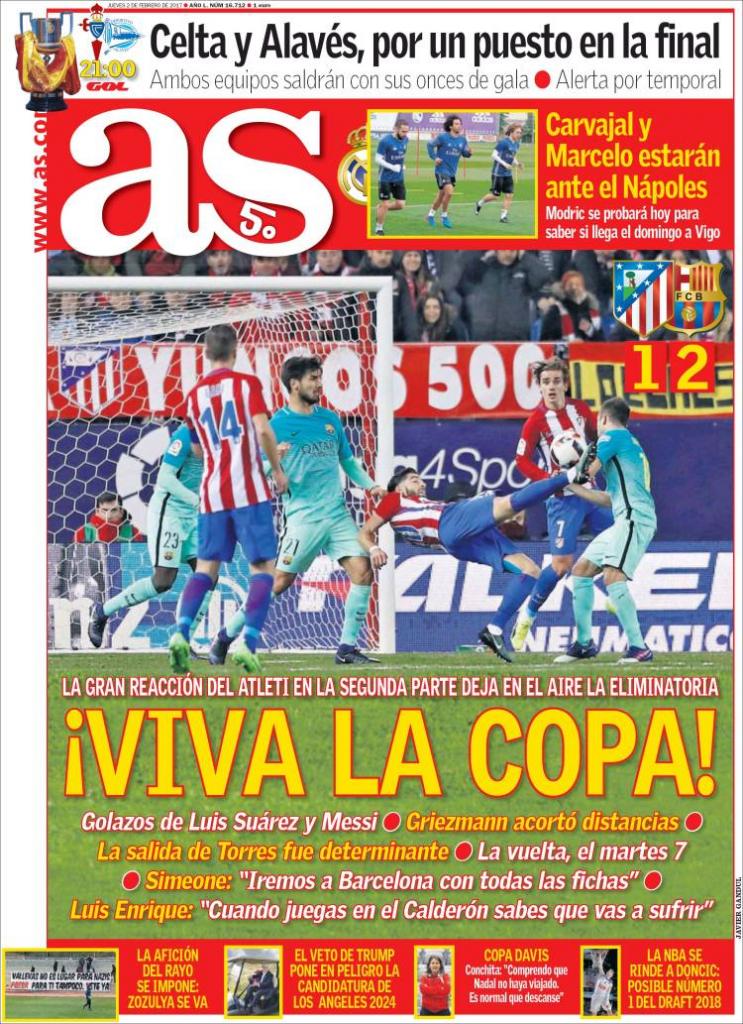 Great Atletico second half comeback leaves the tie in the air

Great goals from Suarez and Messi, Griezmann halves deficit, the return leg is Tuesday 7th February, Simeone: We will go to Barcelona with all the pieces, Enrique: When you play in the Calderon you know you will suffer

Celta v Alaves - a job for the final - both teams will start with their strongest XI's, temporary alert 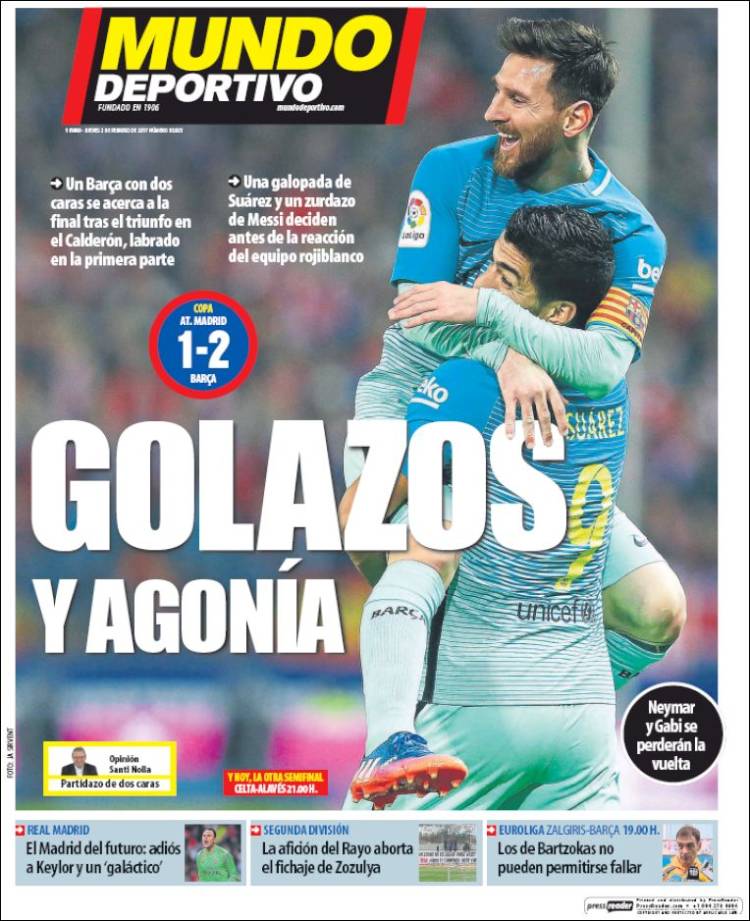 Neymar and Gabi - suspended for the second leg

Madrid look to the future - goodbye to Keylor, want a 'Galactico'

The Rayo fans stop the signing of Zozulya