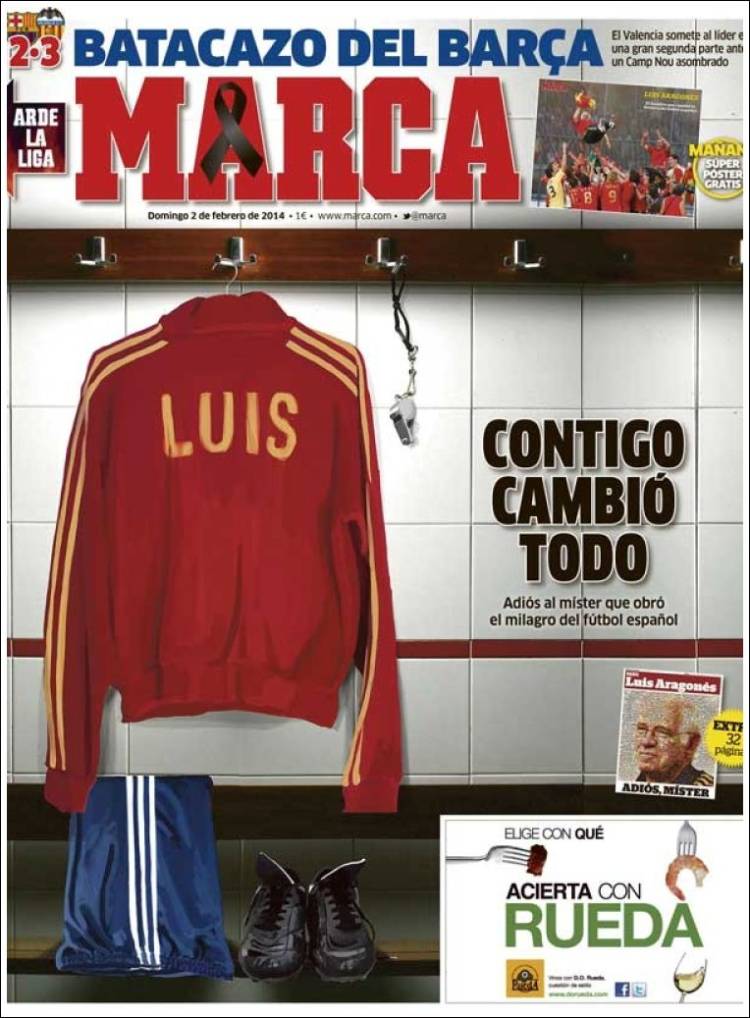 Luis - With you everything changed

Goodbye to the Mister that started the Spanish football miracle 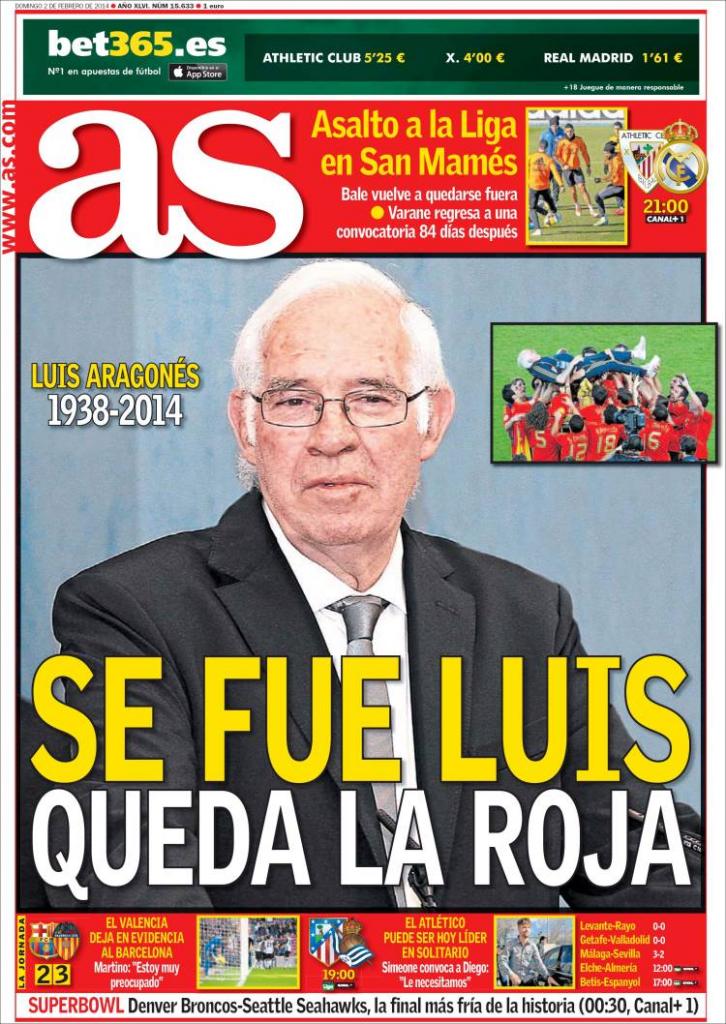 Luis leaves us, but remains a red

Varane returns to the first team after 84 days

Valencia prove themselves in Barcelona

Martino: "I am very worried"

Simeone calls up Diego: "We need him" 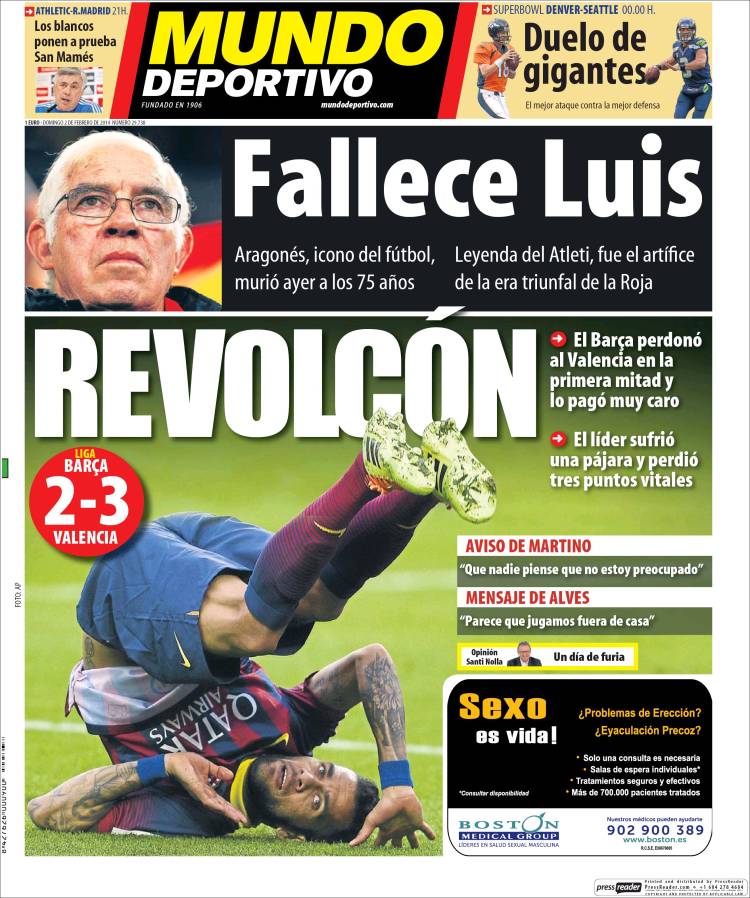 Barca were too kind to Valencia and they paid the price

The leaders suffer a collapse and lose three vital points

Martino warning: "And nobody thinks that I am not very worried"

Alves: "It seems like we played away from home"

Los Blancos to be put to the test at San Mames