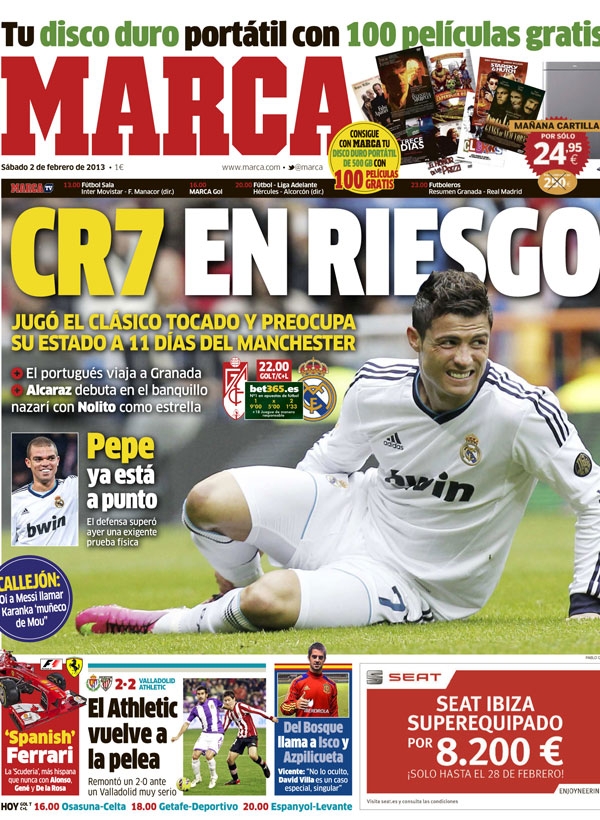 CR7 risk He played in the Clasico and picked up knock and is worried about his state in 11 days for Manchester The Portuguese travels to Granada Alcaraz debuts on the bench for the nazari with Nolito the star Pepe ready: The defender overcame yesterday physical testing Callejon: Messi calls Karanka 'Mou's pet' 'Spanish' Ferrari: The 'team' is more Hispanic than ever with Alonso, Gene and De La Rosa Valladolid 2-2 Athletic Bilbao: Athletic reply to fight and stage a comeback from 2-0 down to Valladolid Del Bosque calls up Isco and Azpilicueta Vicente: "It is not hidden, David Villa is a special case" 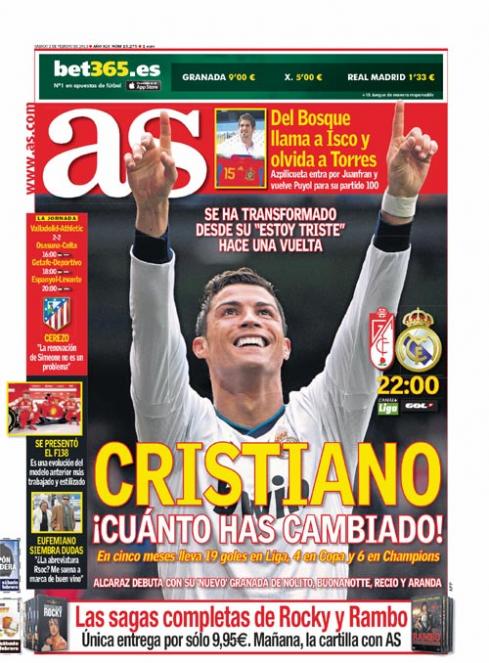 Cristiano
He has transformed from 'I am sad' and turned around
How much you've changed
In five months 19 goals in La Liga, 4 in Copa and 6 in the Champions
Alcaraz to debut with his new Granada of Nolito, Buonanotte, Recio and Branda
Del Bosque calls up Isco and forgets Torres
Azpilicueta comes in for Juan Fran and Puyol returns for his 100th game
Cerezo: "We are having no problems with Simeone's renewal"
Presenting F183
It is a evolution of the old model to work better and more stylised
Eufemiano sewing doubts 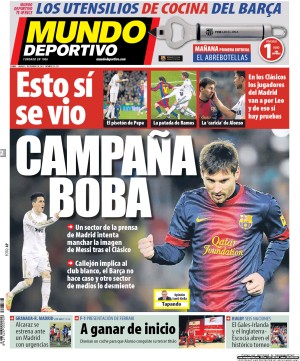 Sillly campaign
A sector of the Madrid press are trying to stain the image of Messi after the Clasico
Callejon points his finger, Barca are making no case of it while some sectors of the media refute it
If this was seen: the stamp from Pepe, the kick from Ramos and the 'pat' on the face from Alonso
In the Clasicos the players of Madrid target Leo and there is evidence for these
Alcaraz starts his first game against Madrid urgently in need of points
F1, Ferrari presentation: To win from the start
They design the car for Alonso that he will win his third title
Rugby seven nations: Wales v Ireland and England v Scotland open the historic tournament