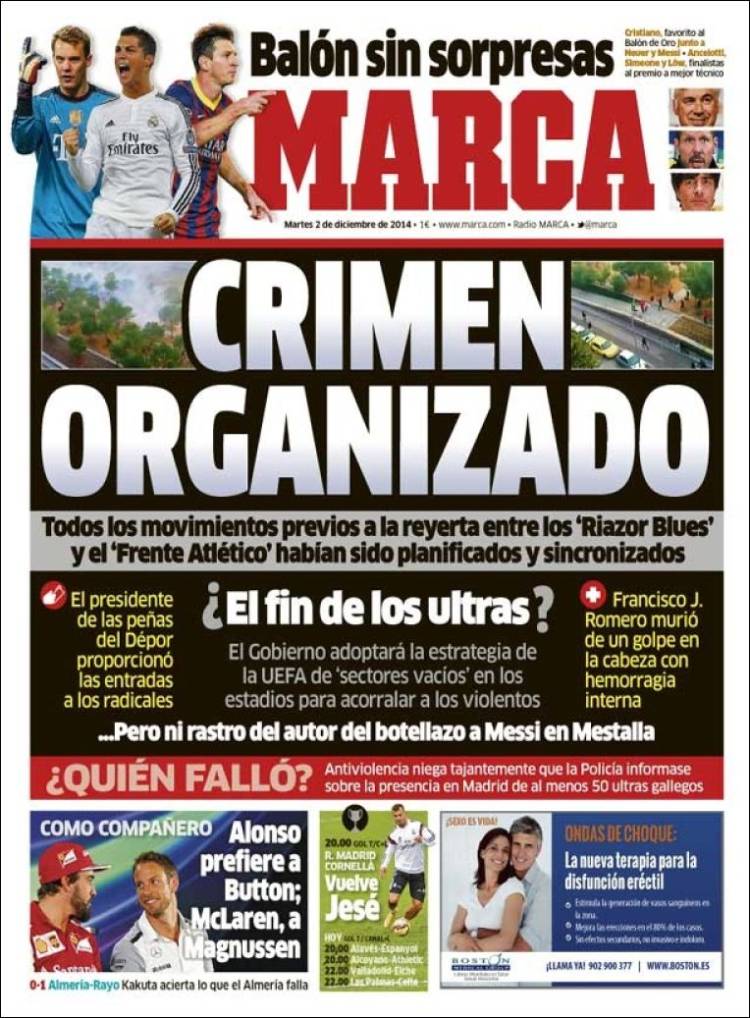 Francisco J. Romero died from a blow to the head with internal haemorrhaging

The end of the ultras?

Who is at fault? Anti-violence emphatically deny that the police informed them of the presence in Madrid of at least 50 Galician ultras

Ancelotti, Simeone and Low, finalists for the best Coach award 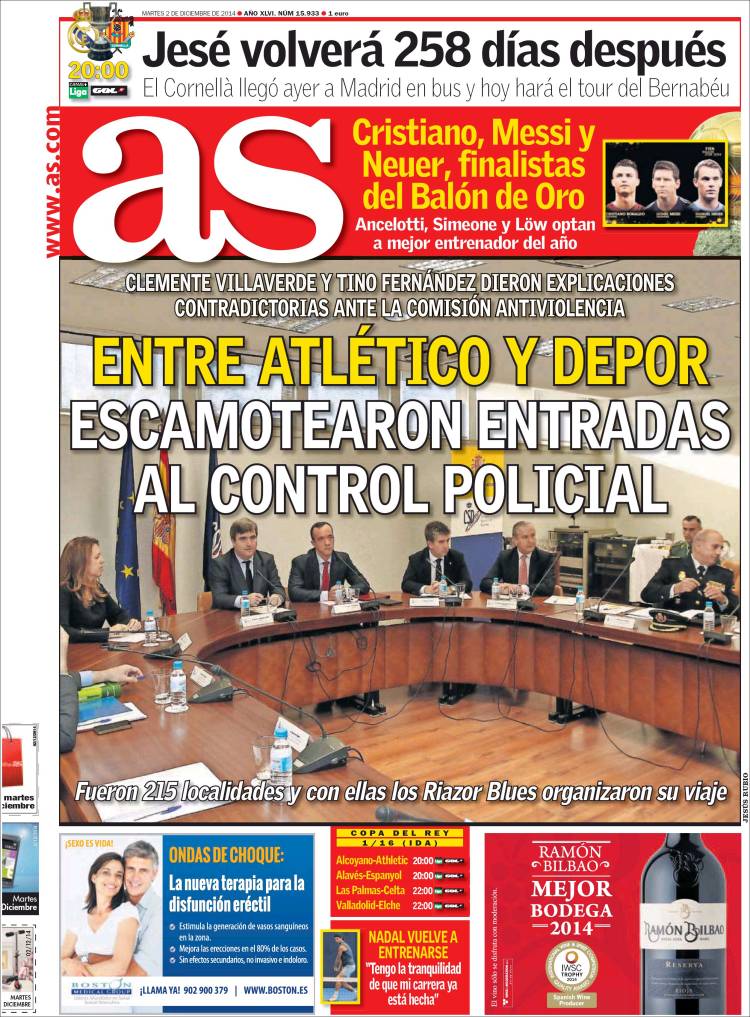 Between Depor and Atletico they hid tickets from police control

Cristiano, Neuer and Messi, finalists for the Ballon d’Or

Ancelotti, Simeone and Low up for best Coach of the year 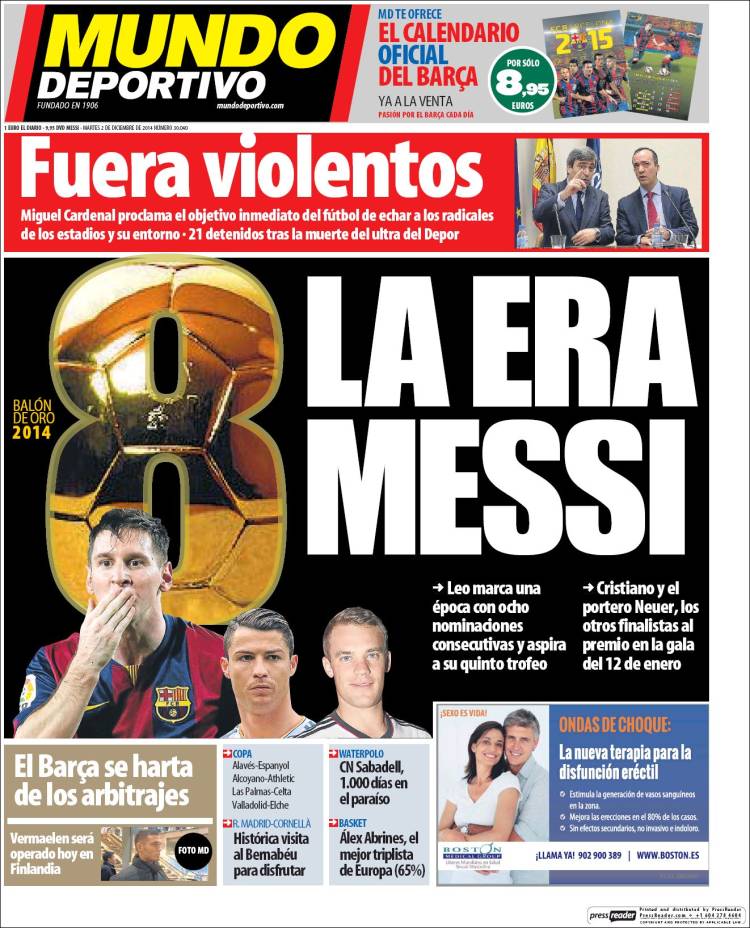 Cristiano and goalkeeper Neuer, the other finalists for the award at the ceremony on January 12

Twenty-one detained after the death of a Depor ultra

Barca fed up with the refereeing

Vermaelen will be operated on today in Finland

Real Madrid-Cornella: Historic visit to the Bernabeu to enjoy