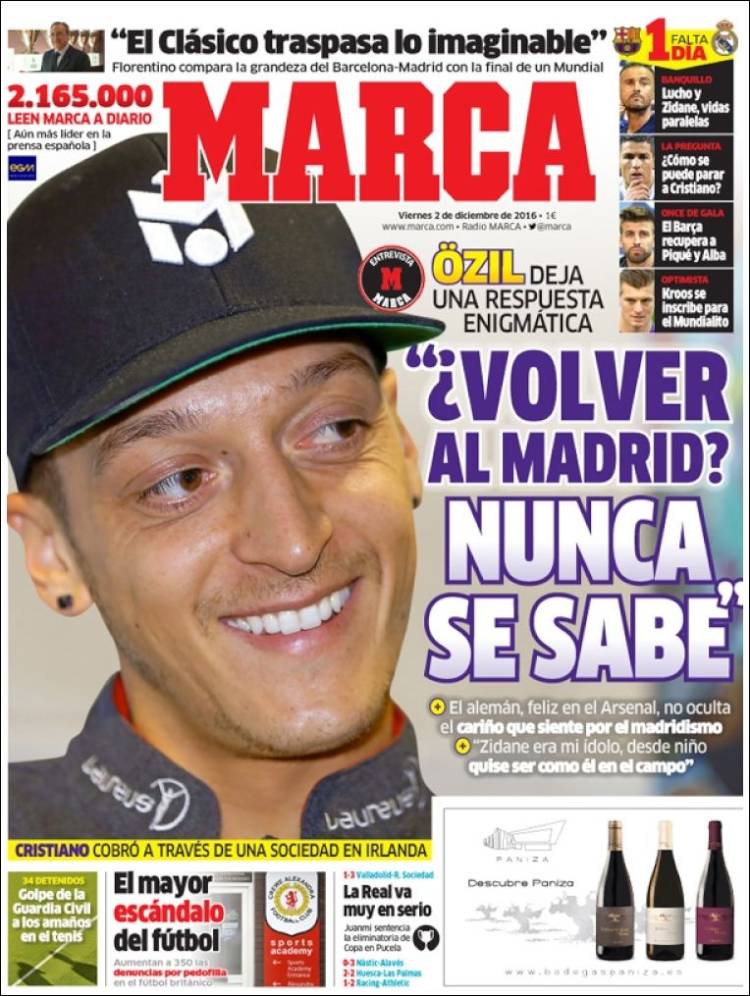 Return to Madrid? You never know

He is happy at Arsenal, but does not hide his affection for Real Madrid

Ozil: Zidane was my idol, I always wanted to be like him on the field

How do you stop Cristiano? 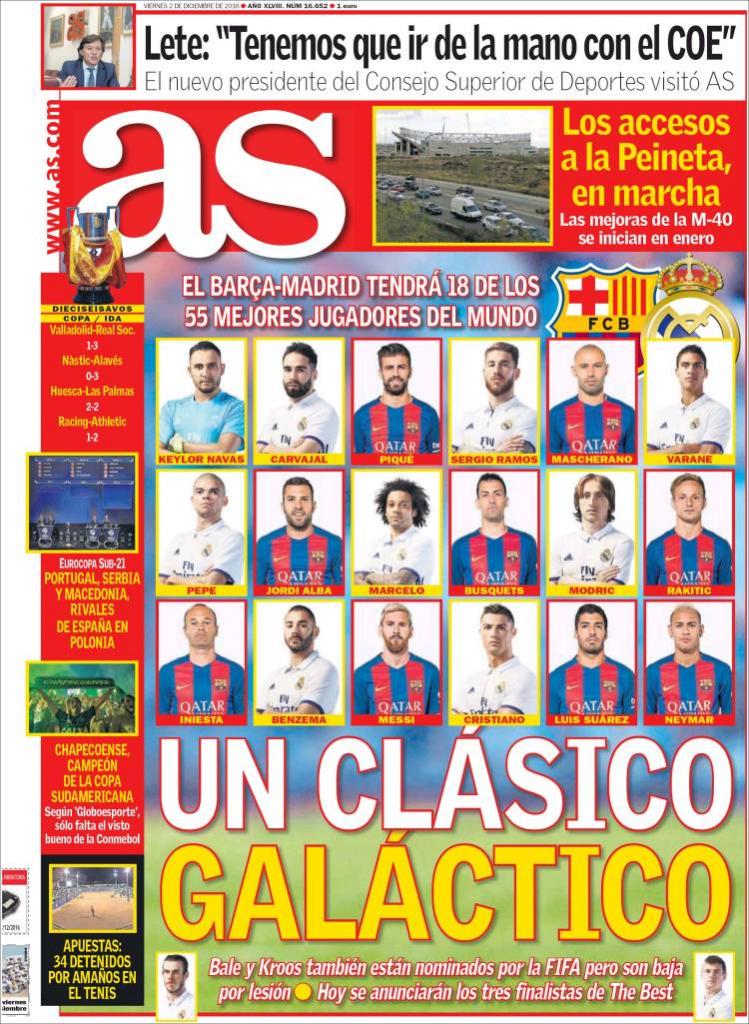 18 of the 55 FIFPro World XI will play in the game - Bale and Kroos, both injured, also nominated

European Under 21 championship: Portugal, Serbia and Macedonia drawn with Spain in Poland

Chapecoense - champions of Sudamerica - only needs the word of Conmebol 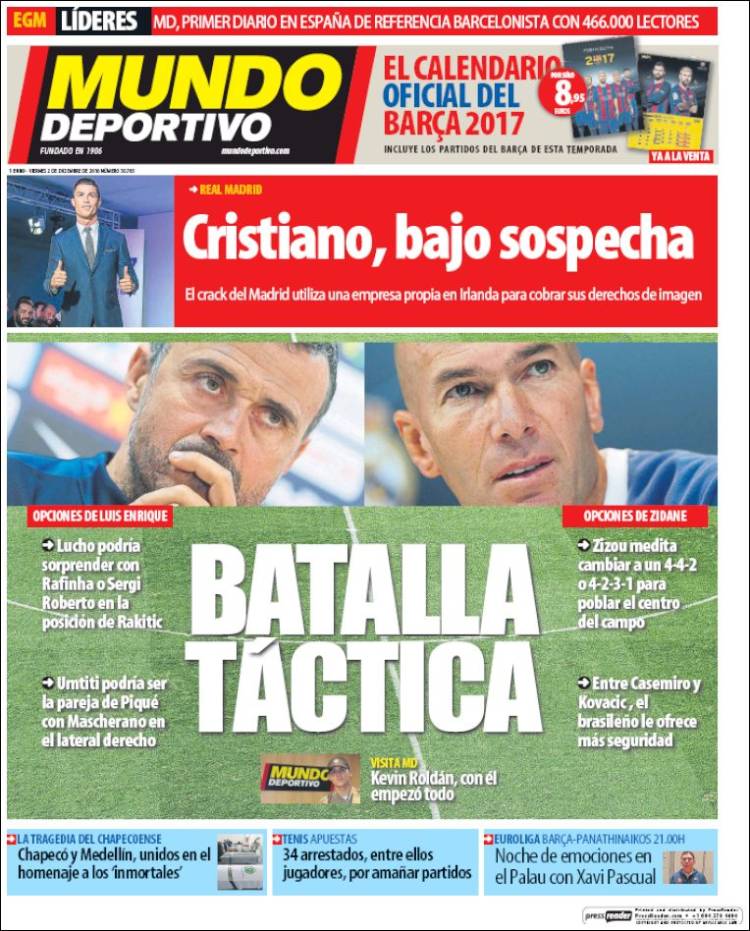 RM will start either Kovacic or Casemiro, the Brazilian will offer more security

Cristiano under suspicion - has he been avoiding tax with image rights company in Ireland?

Chapecoense and Atletico Nacional - united in paying tribute to 'immortals'