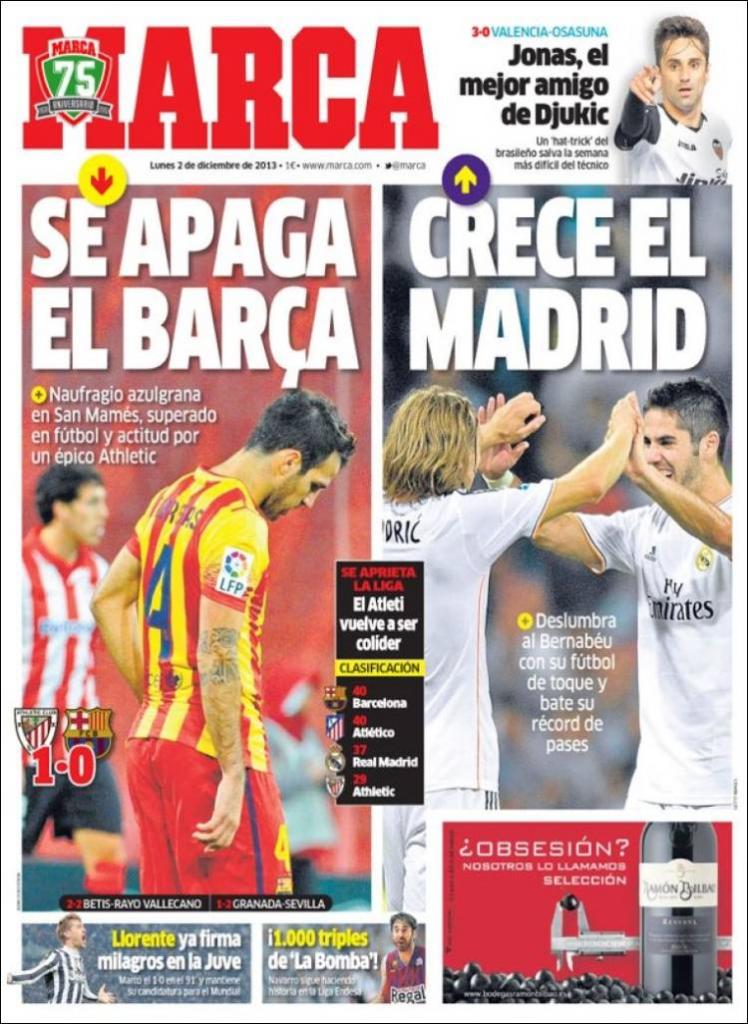 Barca on the wane, Madrid on the rise

The Azulgrana collapse at San Mames, outdone in football and attitude against an epic Athletic

Jonas, Djukic's best friend: A hat-trick from the Brazilian saves his coach's job after a difficult week for him 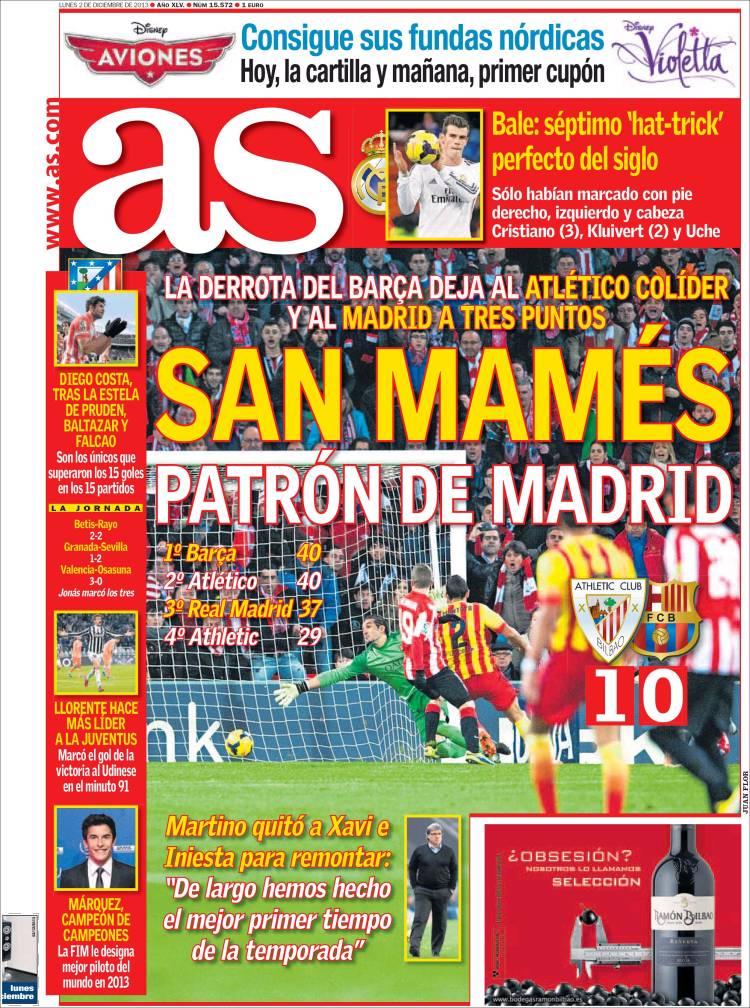 Sam Mames, the patron of Madrid

Martino took of Xavi and Iniesta as they tried to comeback:

"Overall, we played one of the best first periods of our season"

Bale: the seventh perfect hat-trick of the century

He scored one with his head, one with his left-foot and the other with his right foot. Only Cristiano (3), Patrick Kluivert (2) ad Uche (1) have done the same

Llorente keeps Juve at the top

He scores the winning goal against Udinese

Marquez, the champion of champions 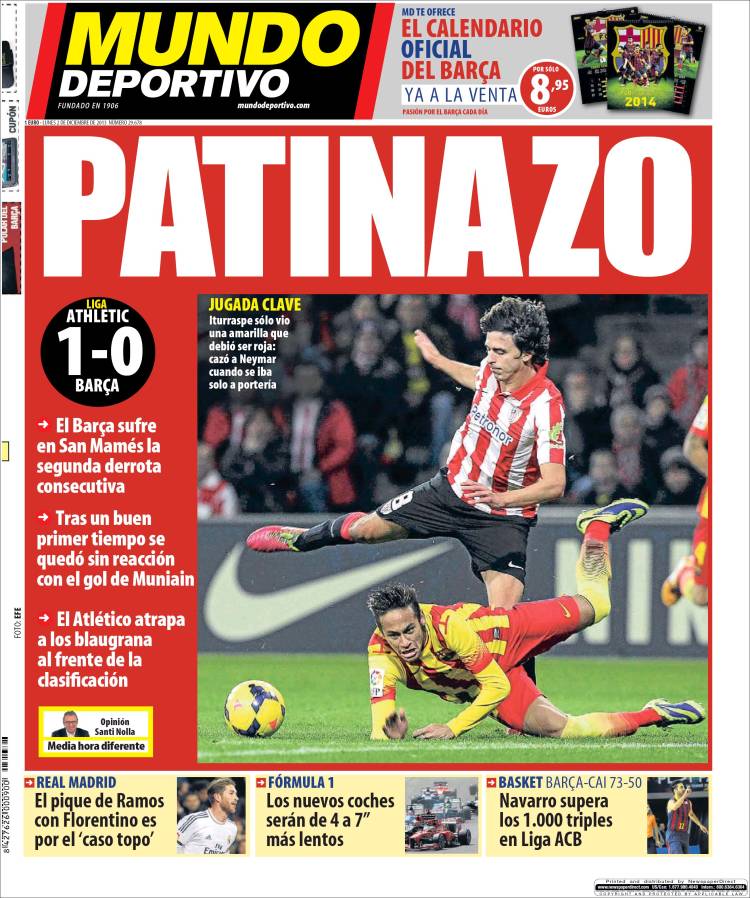 Barca suffer their second loss in a row

After a good first half, there was no reaction after Muniain's goal

Real Madrid: The tension between Ramos and Florentino is over

Formula 1: The new cars will be four to seven inches longer