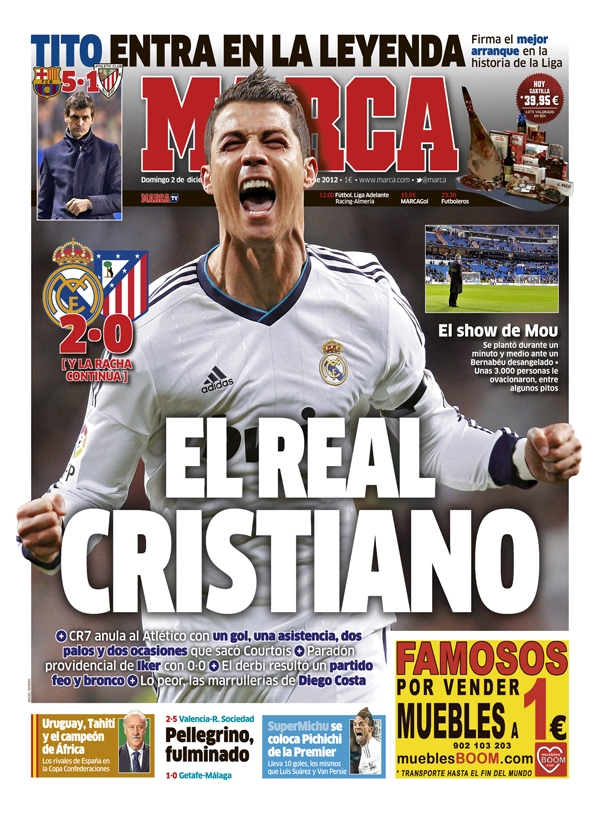 Real 2-0 Atletico: And the run continues

CR7 beats Atletico with a goal, an assist and hits the woodwork on two occasions with Courtous helpless; Providential save from Iker at 0-0; The derby was ugly and rough; the worst, the dirty play of Diego Costa

The Mou show: He was for one minute and a half standing before the Bernabeu crowd; Some 3000 cheered him between some jeers

Barca 5-1 Athletic Bilbao: Tito becomes a legend; His Barca make the best start in the history of La Liga

Spain to play Uruguay, Tahiti and the champion of Africa in the Confederations Cup

Super Michu now the leading goal scorer in the Premier League; he has ten goals now to be equal with Robin van Persie and Luis Suarez 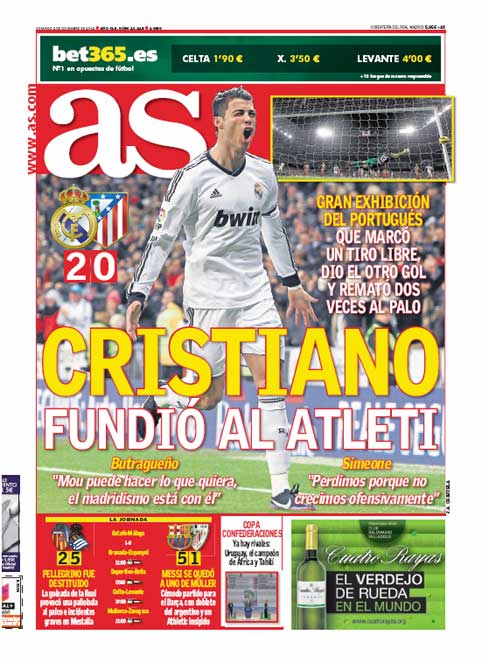 A great exhibition by the Portuguese

He scores one from a free kick, assists the other and hits the woodwork twice

Butragueno: Mou can do what he wants, Madrid is with him

Simeone: We lost because we did not create anything offensively

Pellegrino fired: The goal-feast by Real Sociedad pushes Pellegrino out of the Mestalla

Messi now just one behind Muller: Comfortable win for Barca and a double from the Argentine, Athletic were insipid 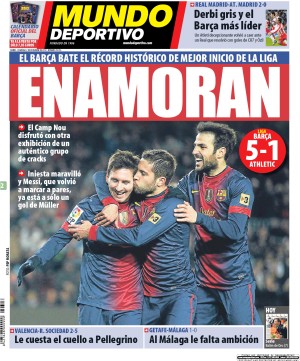 They enamour us: Camp Nou enjoy another exhibition of an genuine star team

Real Madrid 2-0 Atletico: A miserable derby and Barca extend their lead at the top