Today’s front-page football headlines from Marca. AS and Mundo Deportivo 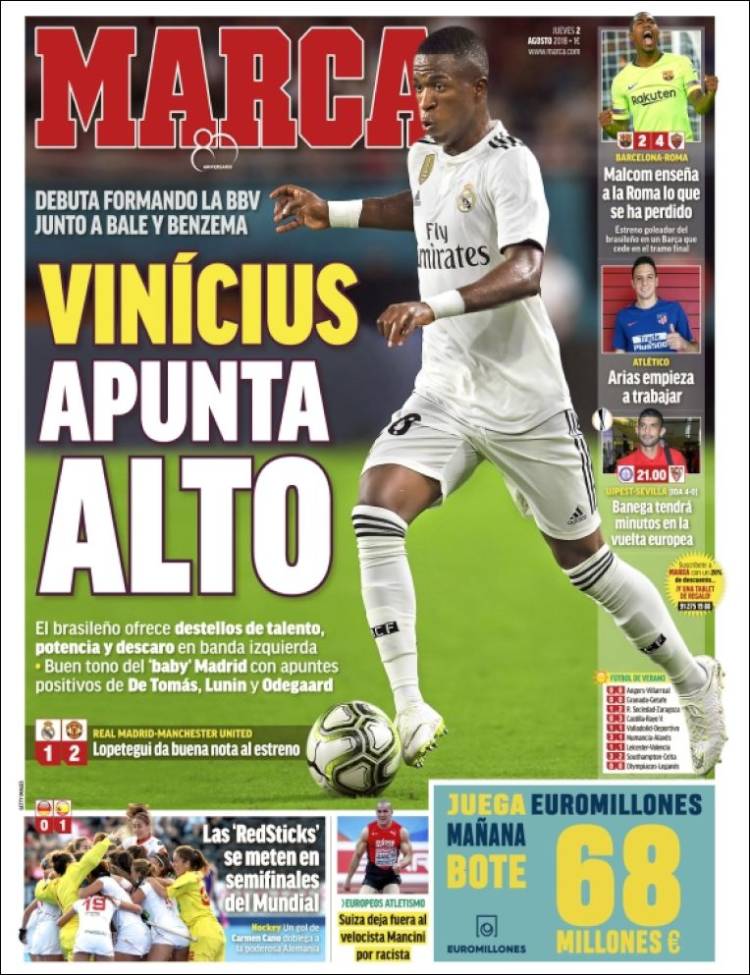 The Brazilian shows flashes of talent, power, and nerve on the left wing

Lopetegui gives a good note on his debut

Malcom shows Roma what they have lost

Banega will get minutes in the European return 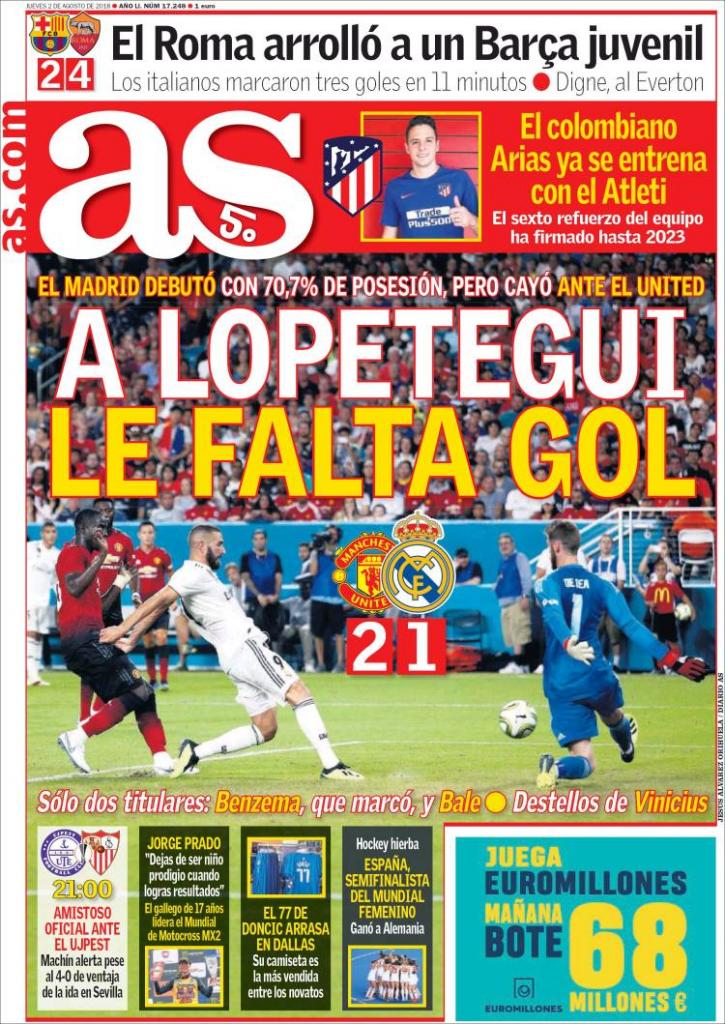 Madrid debut with 70.7 per cent possession, but go down to United

Only two first-teamers: Benzema, who scored, and Bale

An official friendly against Ujpest; Machin alert despite the 4-0 advantage from the first leg in Sevilla

The Colombian Arias is now training with Atleti; the team’s sixth reinforcement has signed until 2023 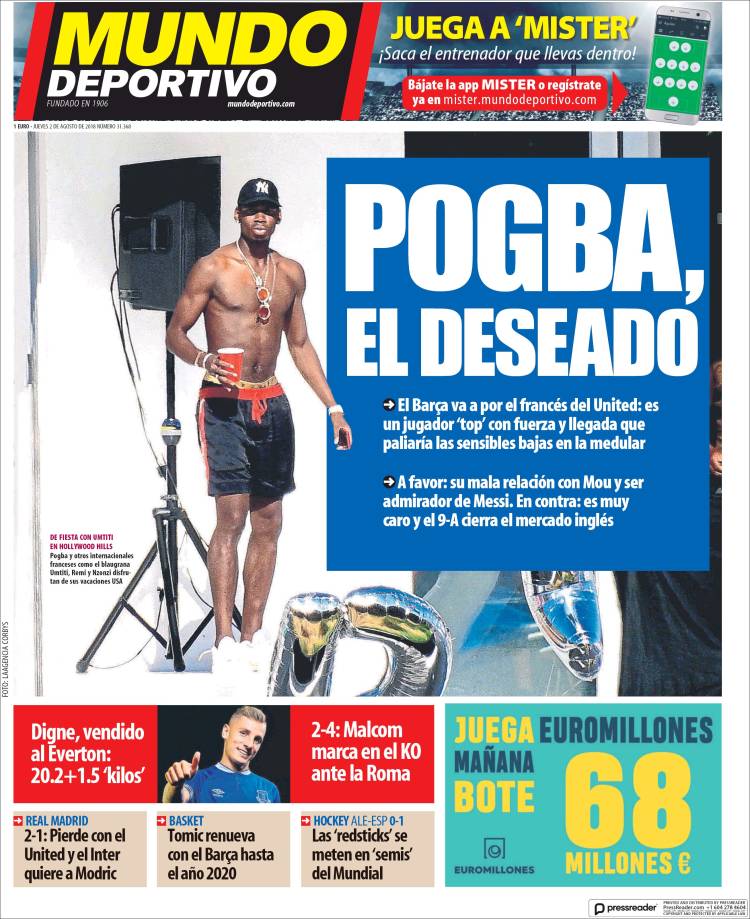 He is a ‘top’ player with strength, gets into scoring positions, and would ease the notable absences in the middle

In favour: his bad relationship with Mourinho and he is an admirer of Messi

Against: He his very expensive and the English market closes on August 9

Partying with Umtiti in Hollywood Hills; Pogba and other French internationals such as the Blaugrana Umtiti, Rami and N’Zonzi enjoy their USA holidays

Malcom scores in the KO against Roma