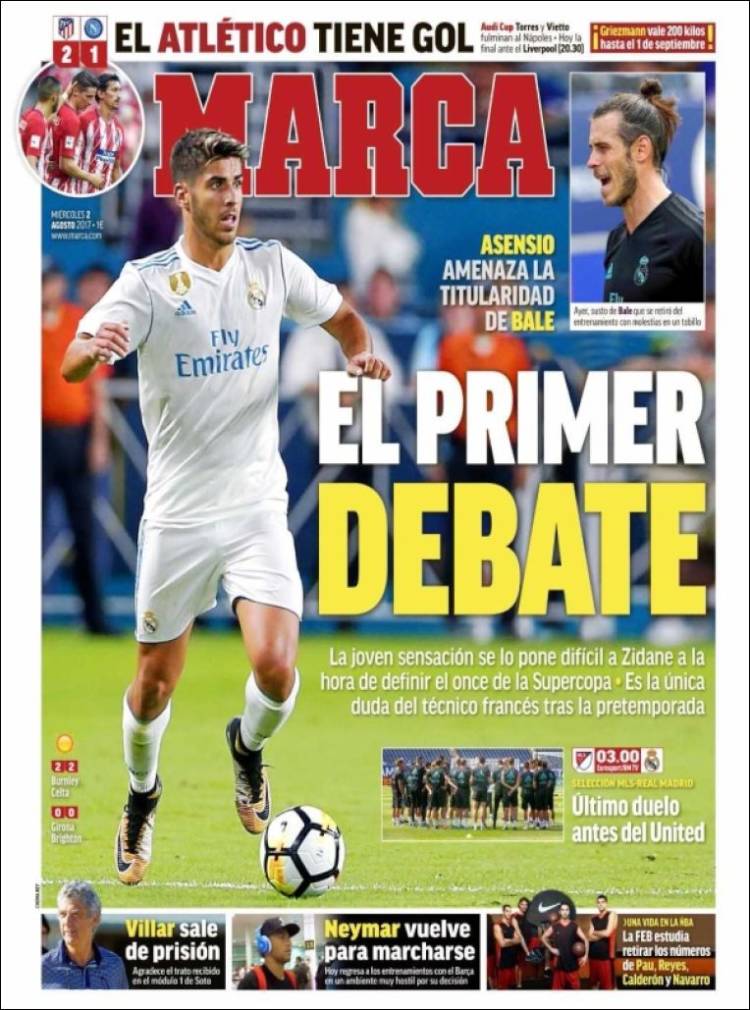 The young star has made it difficult for Zidane's Supercopa XI, it's been the only doubt for the Coach during pre-season

Atleti have goals - Torres and Vietto goals v Napoli, next up Liverpool 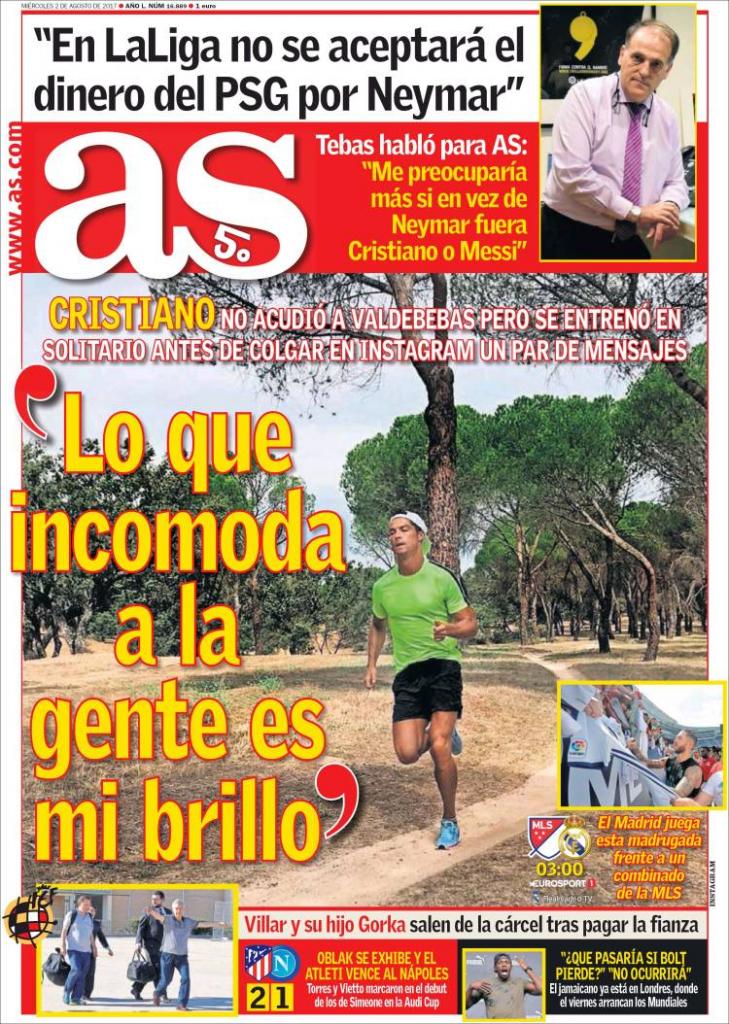 'What bothers people is my shine'

Cristiano didn't train at Valdebas as planned but did work alone 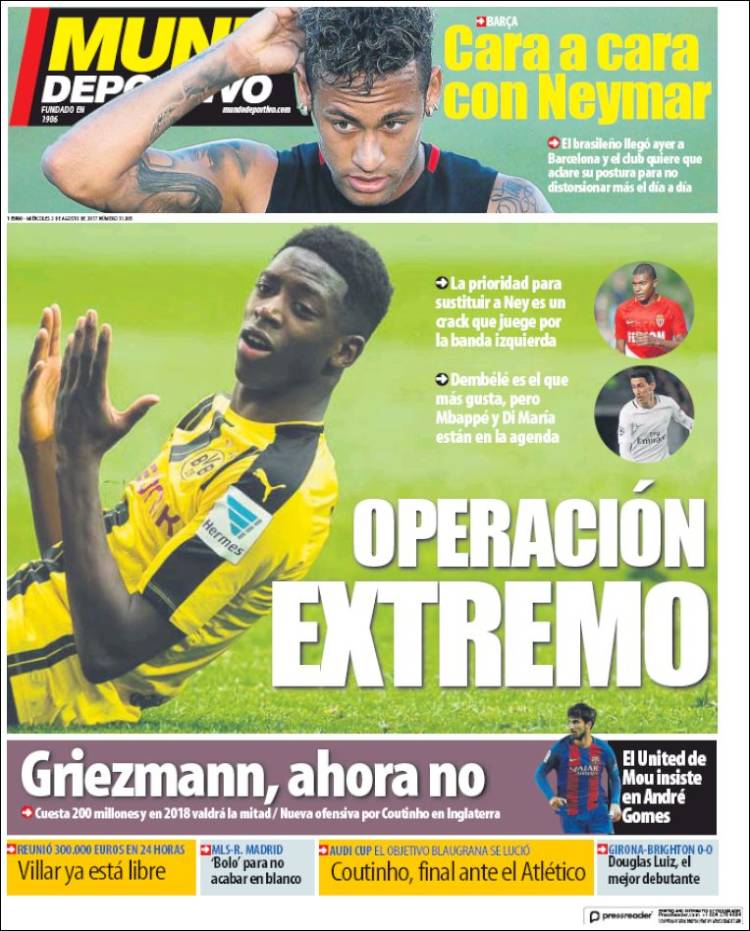 Barca like Dembele the most but want Di Maria, Mbappe if Neymar goes

Face to face with Neymar

Coutinho to face Atleti in final