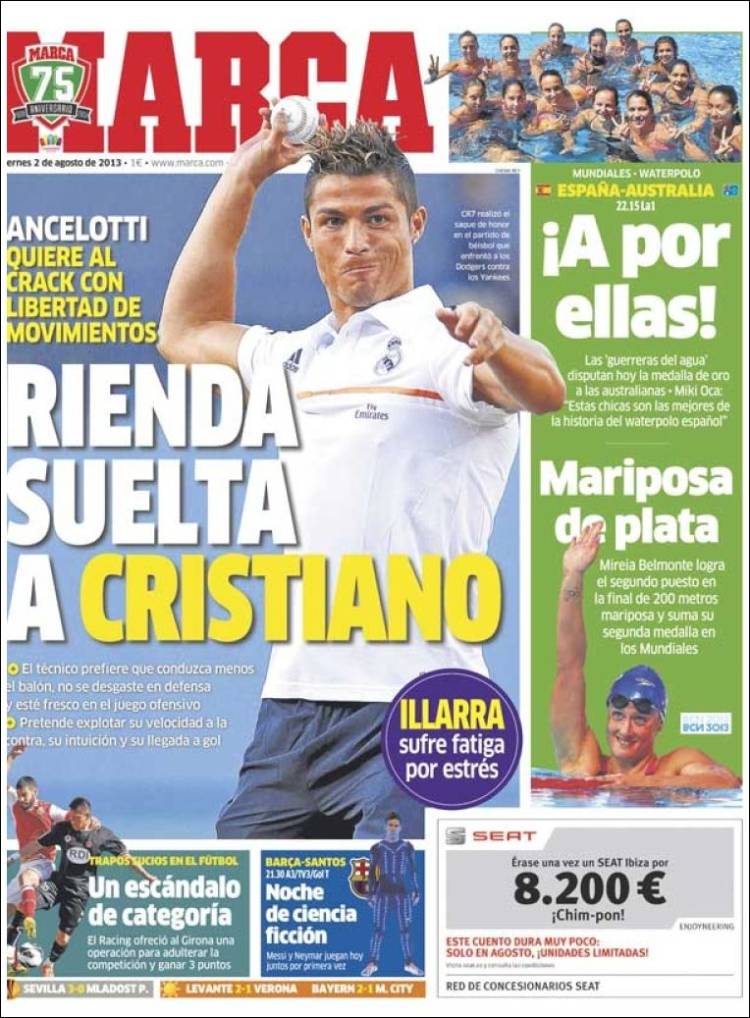 Ancelotti wants the 'crack' to play in a freer role

The coach prefers that he has the ball less, does not waste energy in defense so he is fresher when going forward

He wants to exploit his speed on the counterattack, his intuition and his instinct for goal

Messi and Neymar will play together for the first time

Miki Oca: "This girls are the best ever in the history of Spain" 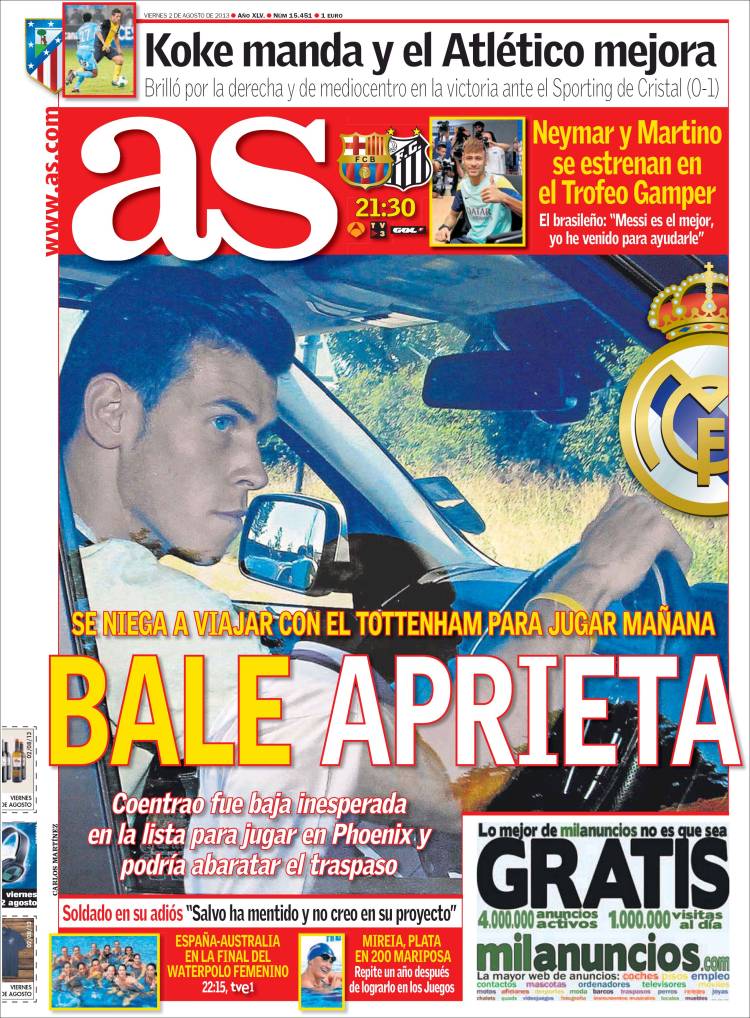 He refuses to travel with Tottenham to play tomorrow

Soldado says goodbye: "Apart from their lies, I just no longer believe in  this project"

Neymar and Martino to debut in the Gamper trophy

The Brazilian: "Messi is the best and I have come to help him"

Mireira, silver in the butterfly

She repeats her success a year after winning at the Olympics 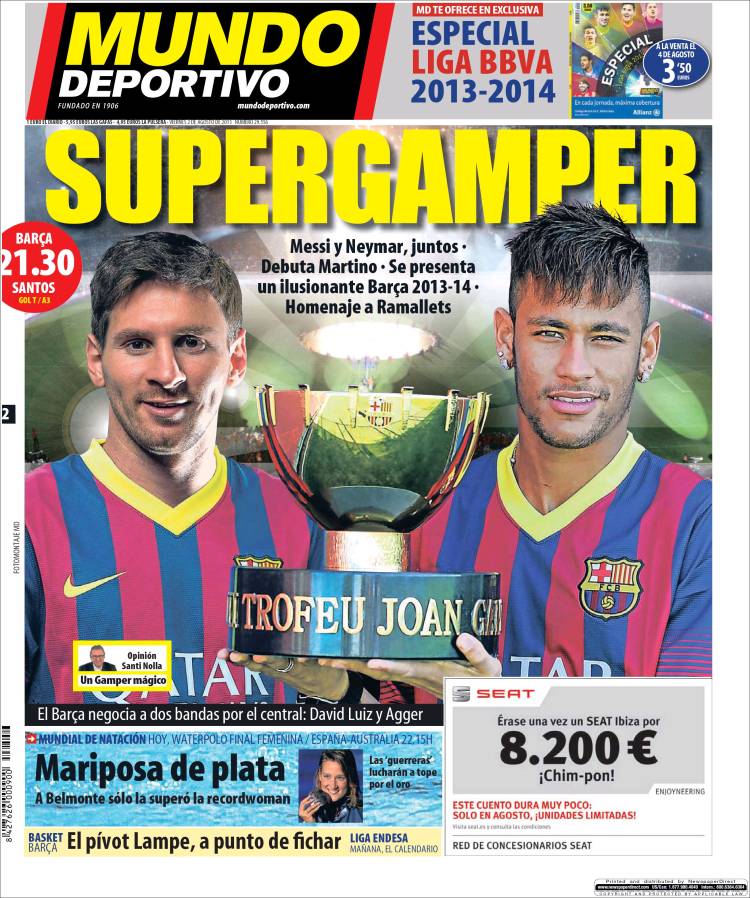 Messi and Neymar, together

A homage to be paid to Ramallets

Basketball: Lampe, the pivot, close to signing for Barca