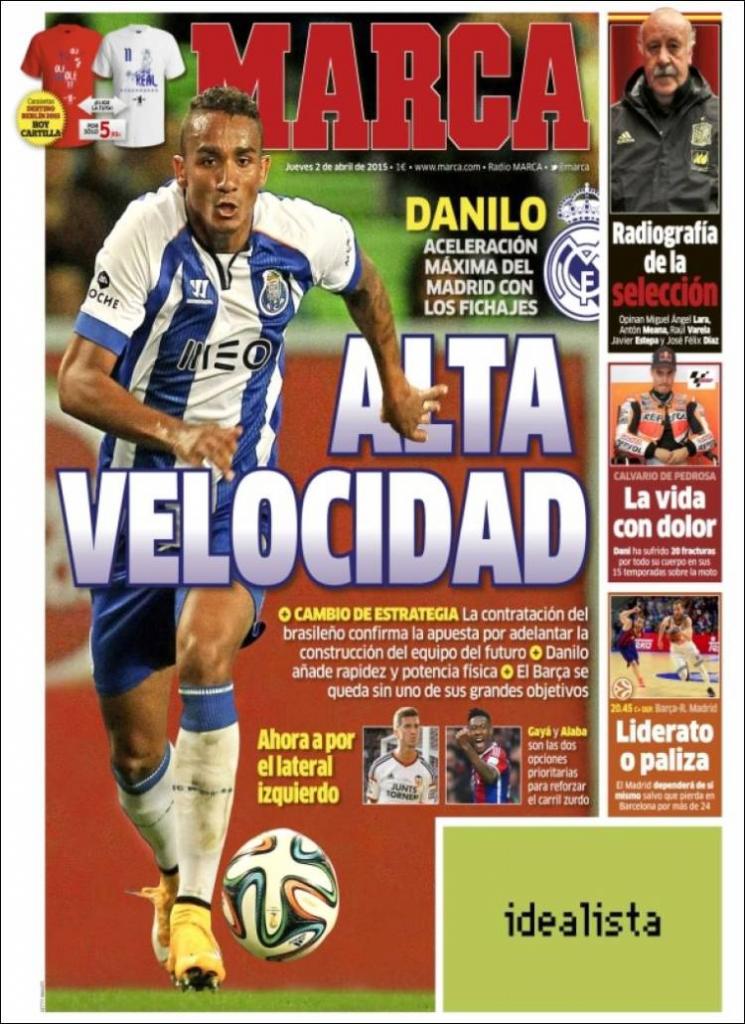 Danilo. Maximum acceleration from Madrid with the signings

Change of strategy. The Brazilian’s agreement confirms the gamble on bringing forward the future team’s construction

Barca are left without one of their big targets

Now for a left-back

Analysis of the national team. Several journalists give their opinion 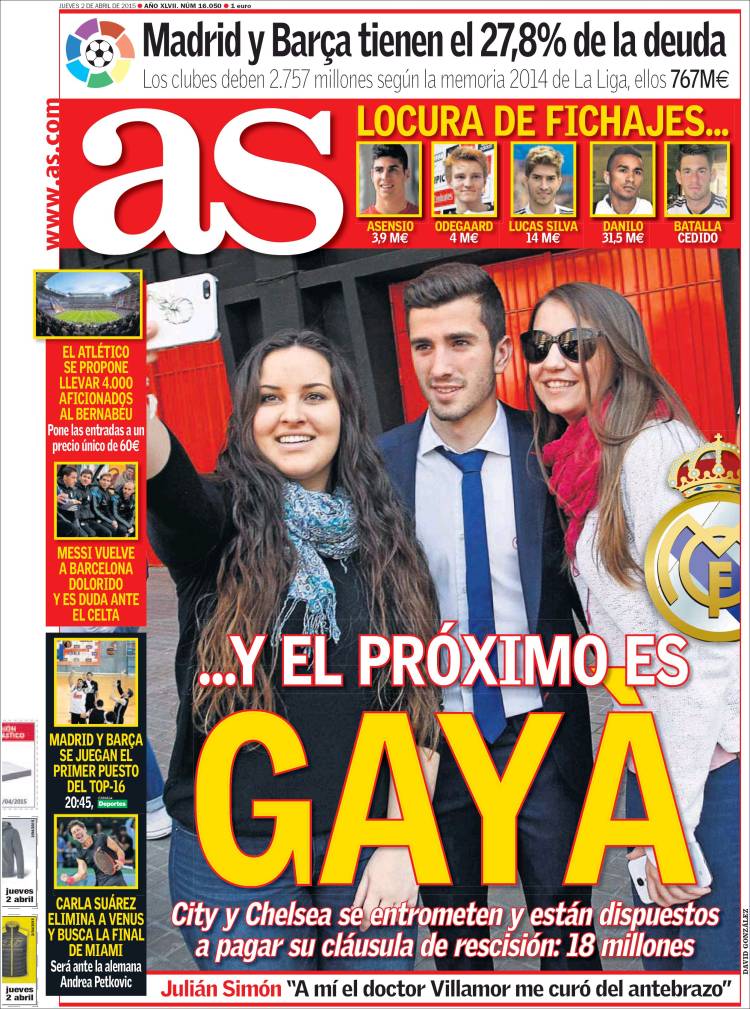 Atletico plan to take 4,000 fans to the Bernabeu. They put tickets on sale for a single price of €60 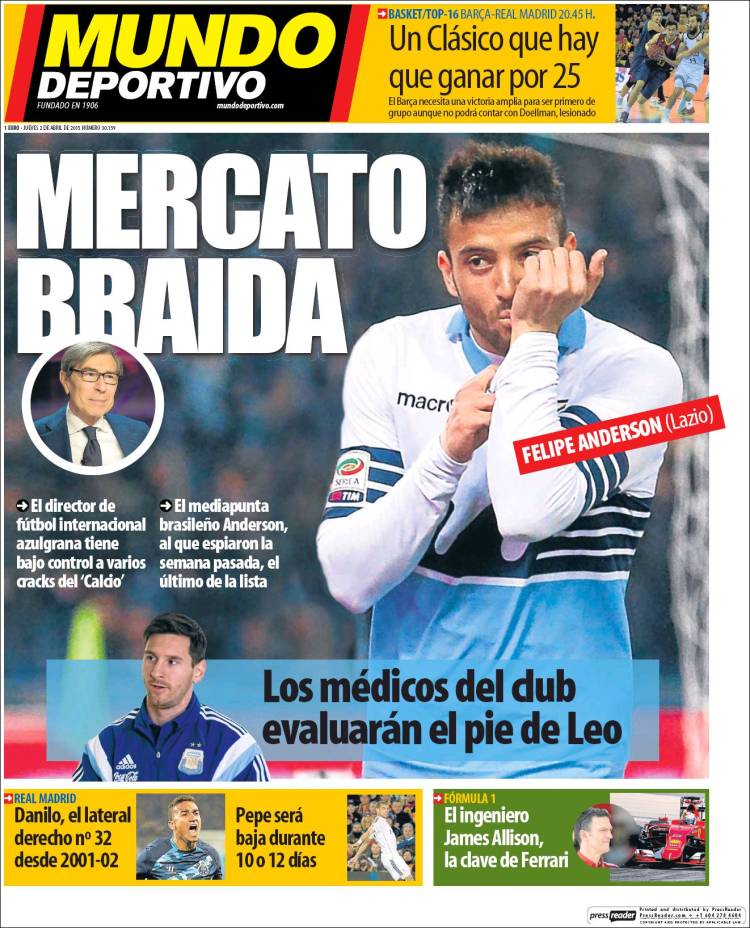 Brazilian playmaker Anderson, who they spied on last week, is the latest to join the list