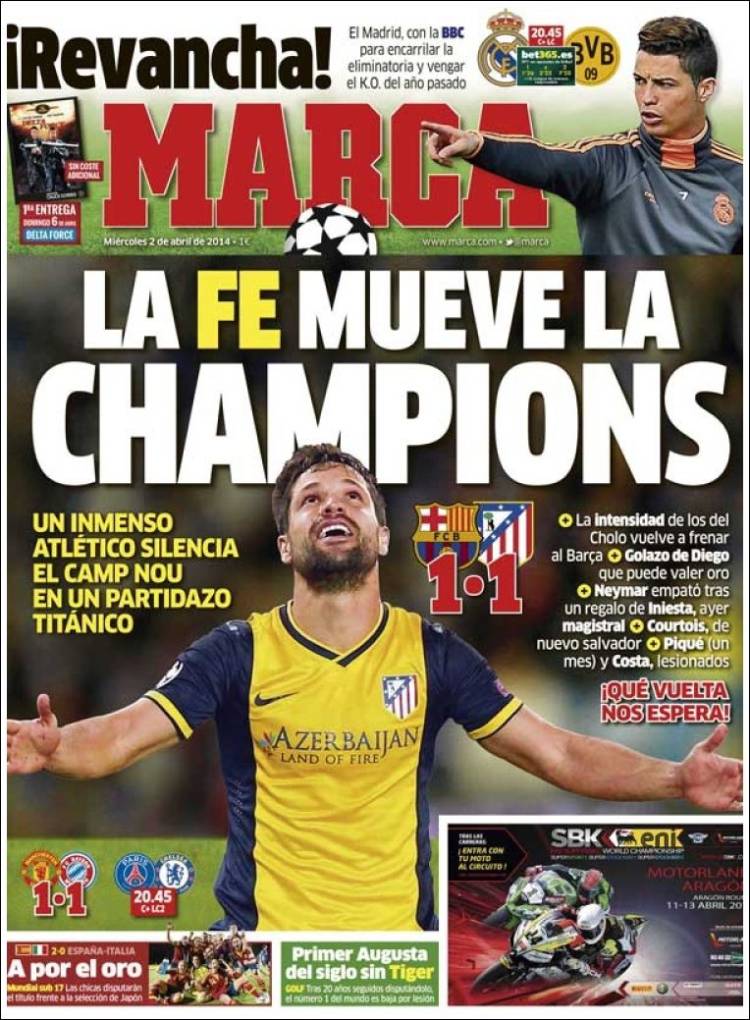 An immense Atletico silenced the Camp Nou in a titanic game

The intensity of El Cholo's men returned to stop Barca

A golazo from Diego was deserving of a win

Neymar levelled after a great ball from Iniesta, who was majestic

What a return leg awaits us

Revenge: Madrid, with the BBC head into their knockout tie with the vengeance to overturn what happened last year

The first Augusta of the century without Tiger

After 20 years in a row, the number one in the world is not competing due to injury 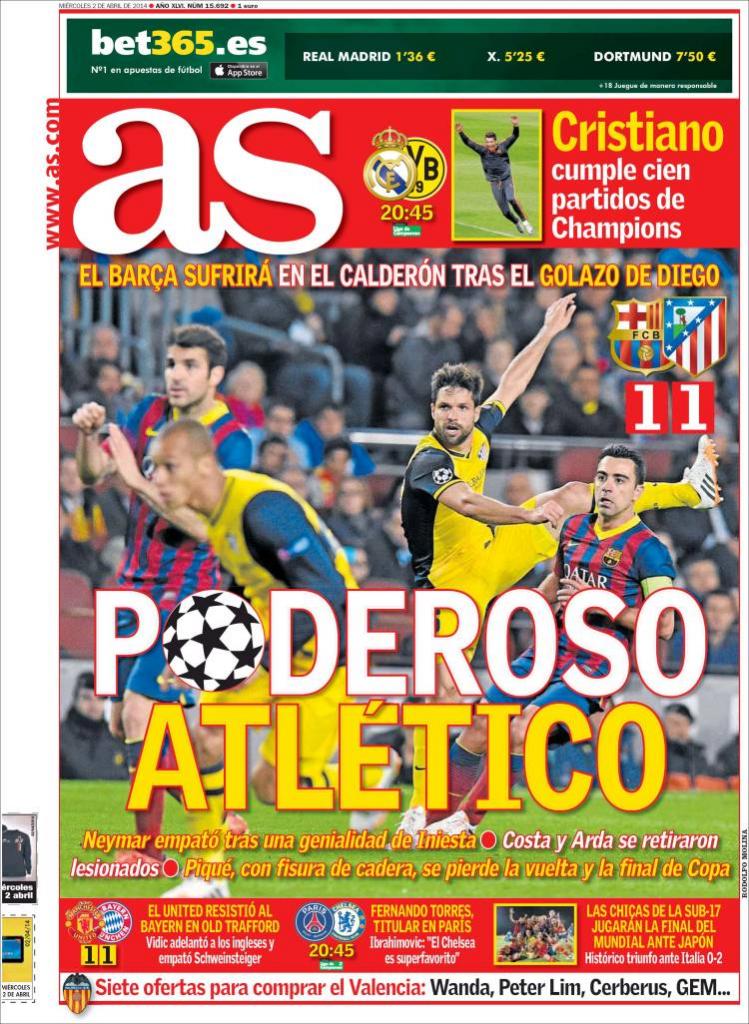 Barca will suffer at the Calderon after a golazo from Diego

Neymar levels after a genius pass from Iniesta

Pique, out of the return leg and Copa del Rey final

Cristiano makes his 100th appearance in the Champions League

Vidic put them ahead and Schweinsteiger levelled matters

Ibra: "Chelsea are the big favourites" 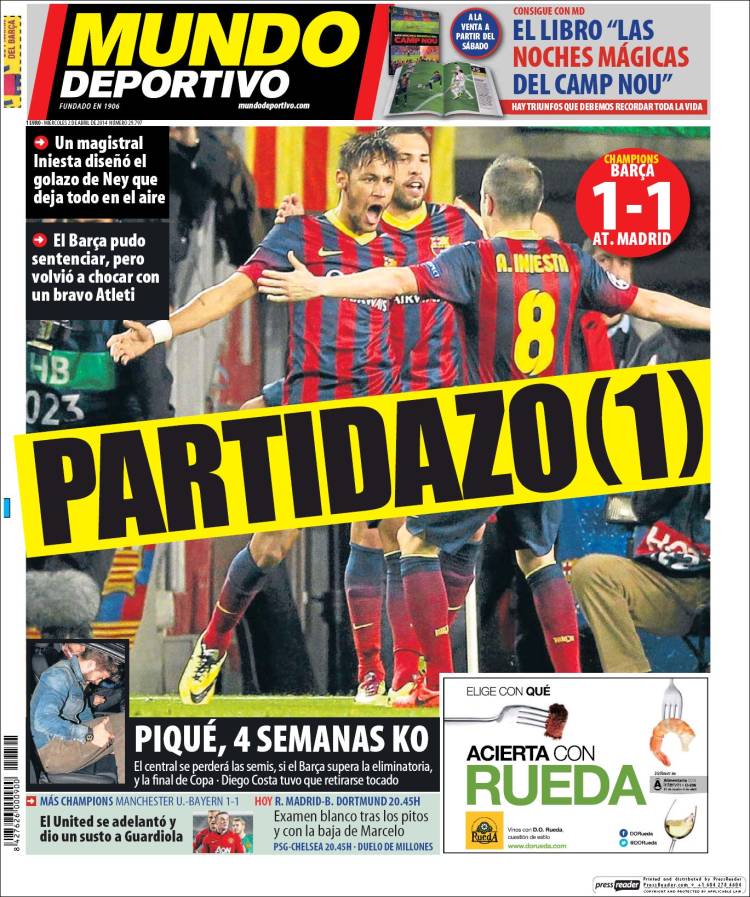 Barca could have ended the tie, but were stopped by a brave Atletico

Pique out for 4 weeks

Diego Costa had to leave the field early with an injury

United go ahead and give Guardiola's side a scare