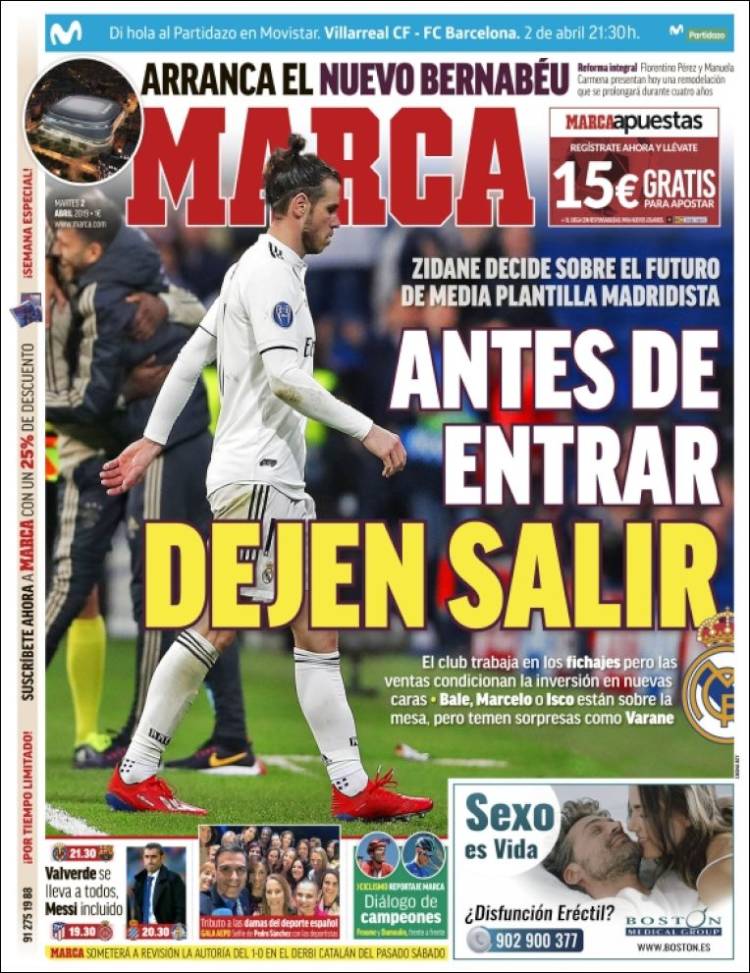 Before going in, allowing exits

Zidane has decided the future of half of Madrid's team

Club planning on signings but new faces are dependant on sales, Bale Marcelo and Isco on the table, but there are surprises like Varane

Valverde takes everyone, including Messi 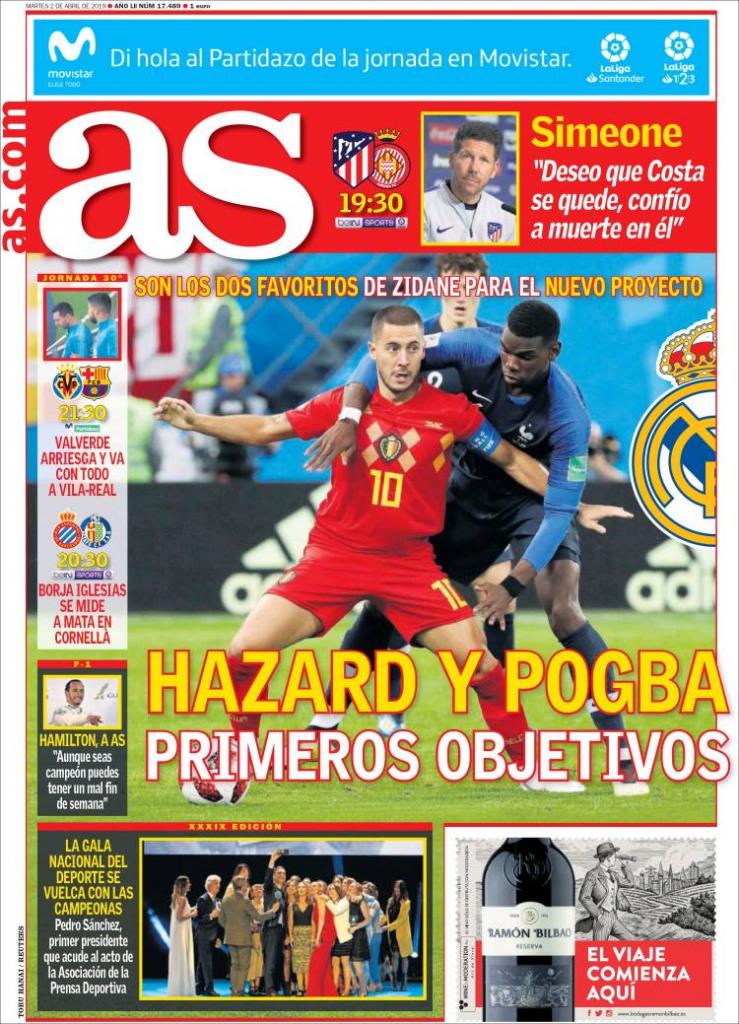 They are Zidane's favourites for the new project

Simeone: "I want Costa to stay, I have confidence in him until death"

Valverde risks everyone at Villarreal 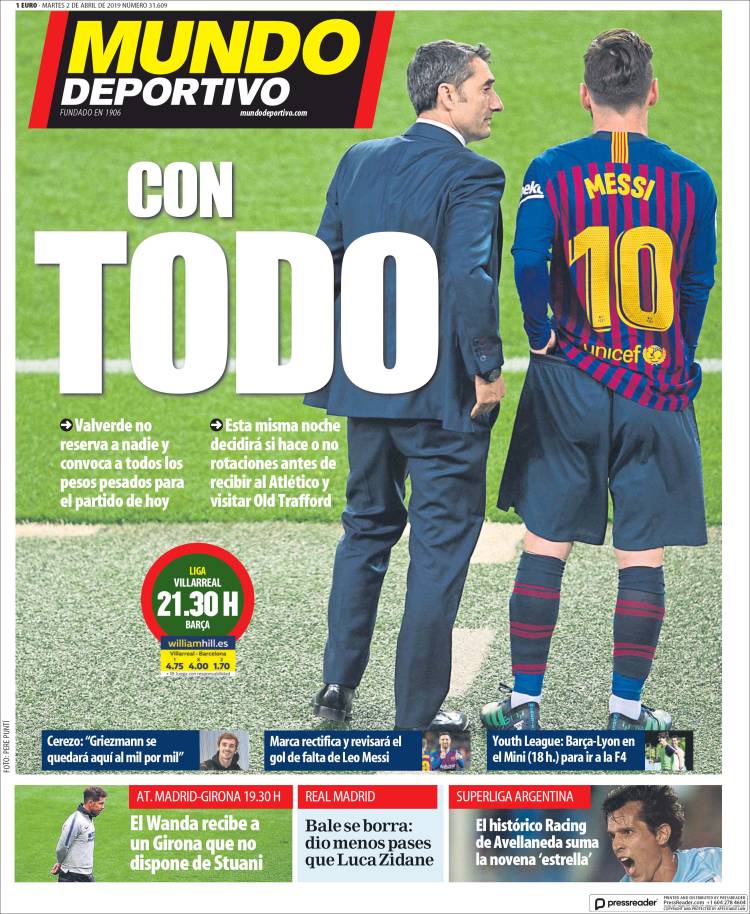 Valverde doesnt' rest anyone and brings full squad to Villarreal, will decide upon rotations for games with Atletico, Manchester United

The Wanda welcomes a Girona without Stuani