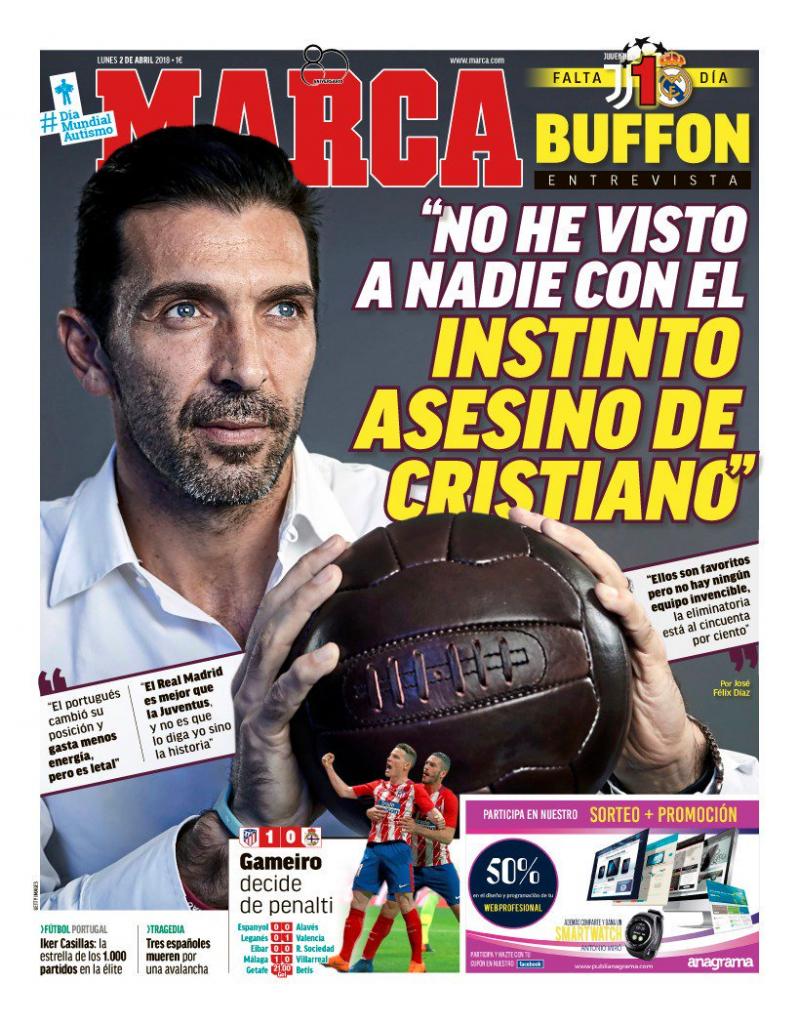 "I have never seen anyone with the killer instinct of Cristiano"

Buffon praises Ronaldo changing position, believes Real Madrid are stronger than Juventus and they are favourites for UCL 'but nobody is invincible'

Iker Casillas to play his 1,000th match as a professional footballer tonight for Porto

Gameiro wins it for Atleti from the spot 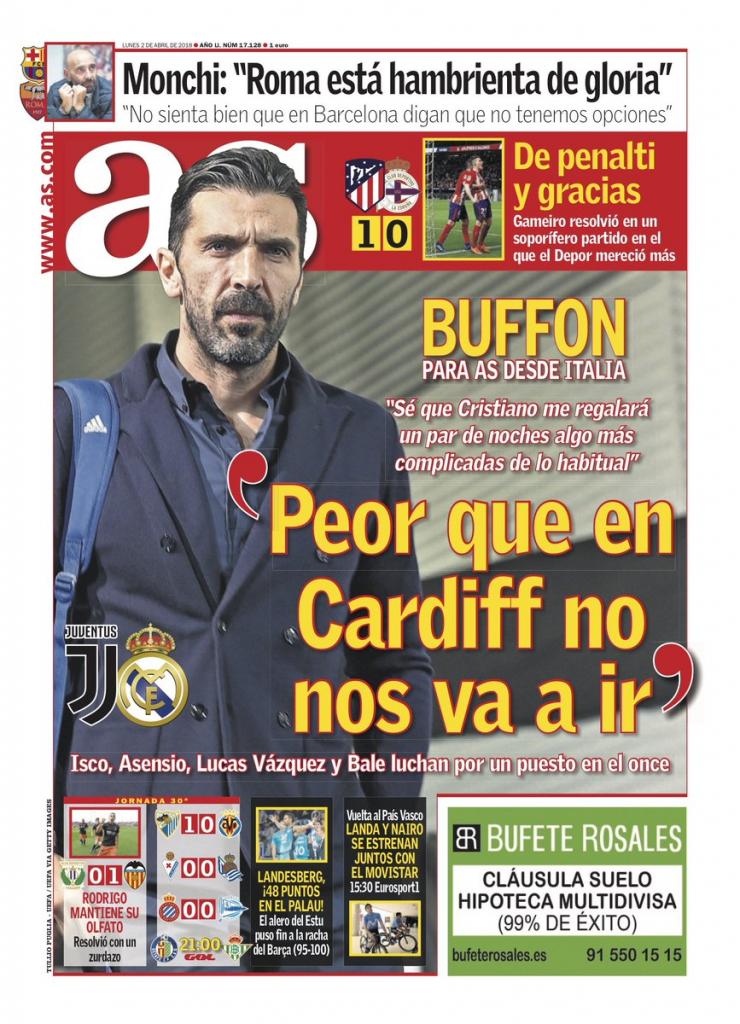 "It won't go worse for us than it did in Cardiff"

Isco, Asensio, Lucas Vazquez and Bale to fight for place in starting XI

Monchi: Roma are hungry for glory - 'it doesn't feel right to say in Barcelona we won't have options 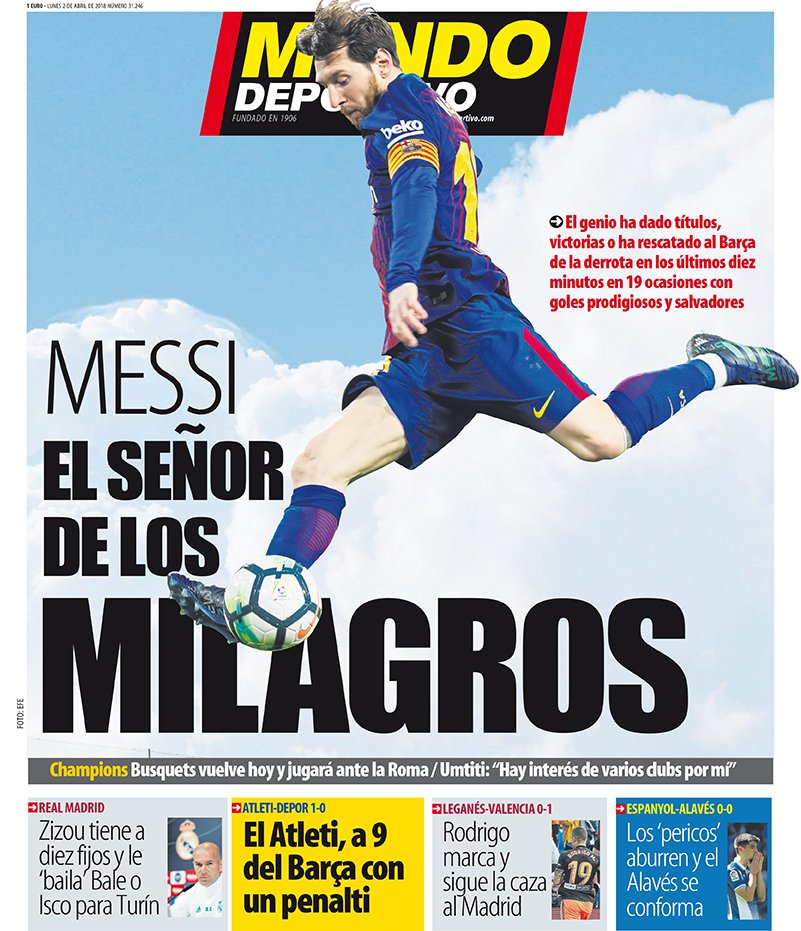 Messi - the man of miracles

The genius has given titles, victories or has saved Barca from defeat in the last 10 minutes 19 times

Busquets returns and will play against Roma

Atleti move to within 9 of Barca with Depor win