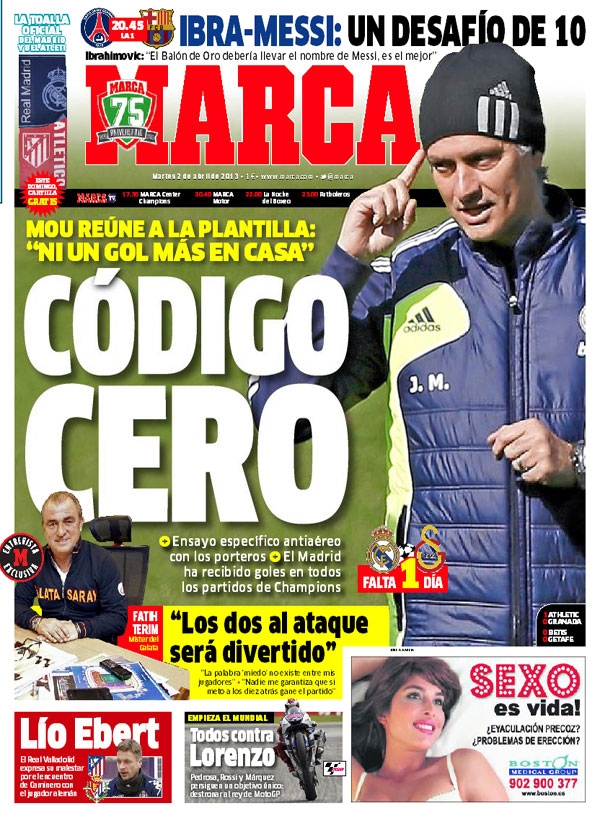 Mou's meeting with his team

"Not one goal conceded at home", Mou

He is working on crosses into the box

Madrid have conceded goals in every game in the Champions League

Fatih Terim: "The team teams will attack and it will be fun"

"The word 'fear' does not exist among players, nobody a guarantee"

Ibra-Messi: A challenge of the number 10's

Ibrahimovic: "They should call the Balon d'Or after Messi, who is the best"

Real Valladolid express their disappointment over Ebert's meeting with Caminero

The start of the world moto

Pedrosa, Rossi and Marquez pursue the same objective of trying to bring down the king of MotoGP 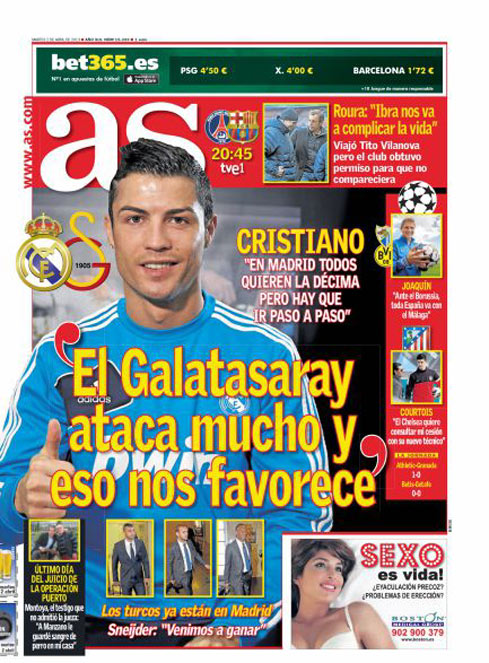 Cristiano: "In Madrid everyone wants to win La Decima but we have to go step by step"

"Galatasaray will attack much and goes in our favour", Ronaldo

The Turks are here in Madrid

Sneijder: "We come here to win"

Roura: "Ibra complicates life for us"

Joaquin: "Against Borussia, all of Spain will be going for Malaga"

Courtois: "Chelsea wants to consider my transfer with their new manager"

The last day of the trial of Operation Puerto

Montoya, the witness does not admit to the judge: "Manzano kept the blood of his dog in his house" 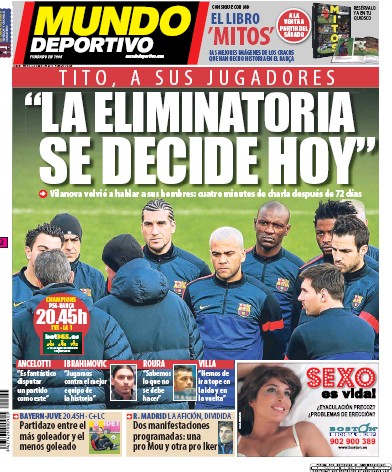 "The knockout is decided today", Tito

Vilanova returns to speak to his players: Four minutes of talking after 72 days

Ancelotti: "It is fantastic to play a game like this"

Ibrahimovic: "We play against the best team in history"

Roura: "We know what we must do"

Villa: "We have to be at our best in the first and second legs"

Bayern-Juve: A great game between the best goalscorer and the worst

Real Madrid: Two demonstrations at the capital club, one pro-Mou and one pro-Iker