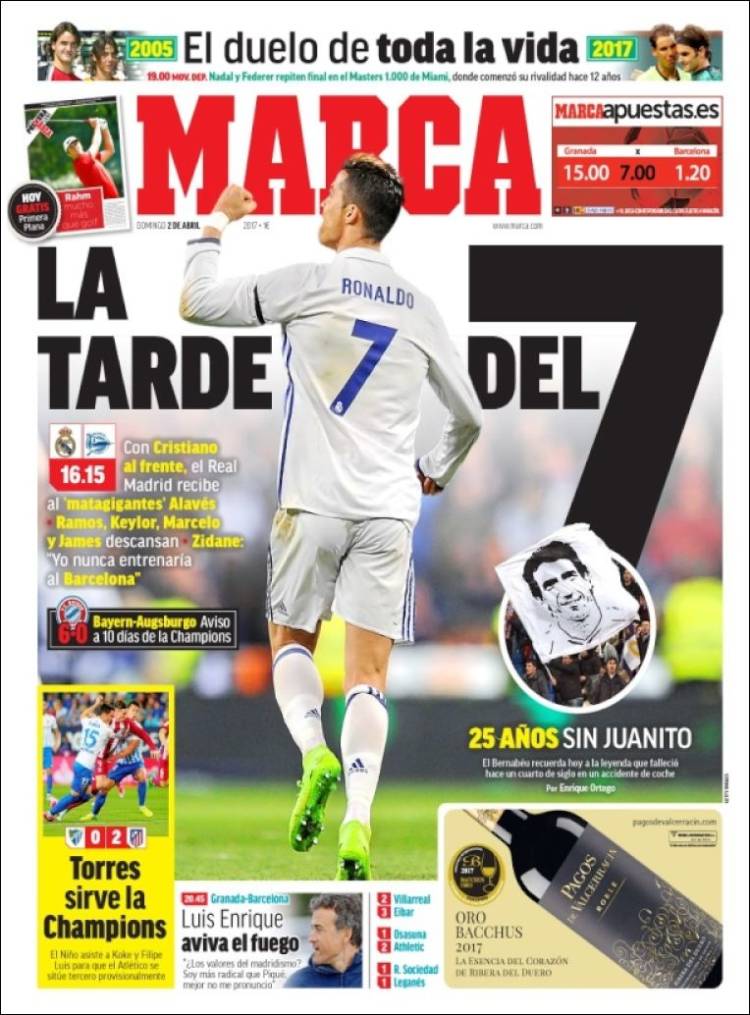 With Cristiano up top, Real Madrid host the ‘giant-killers’ Alaves

Zidane: “I would never coach Barcelona”

Torres serves for the Champions League

“The values of ‘madridismo’? I’m more radical than Pique, it’s better that I don’t express myself” 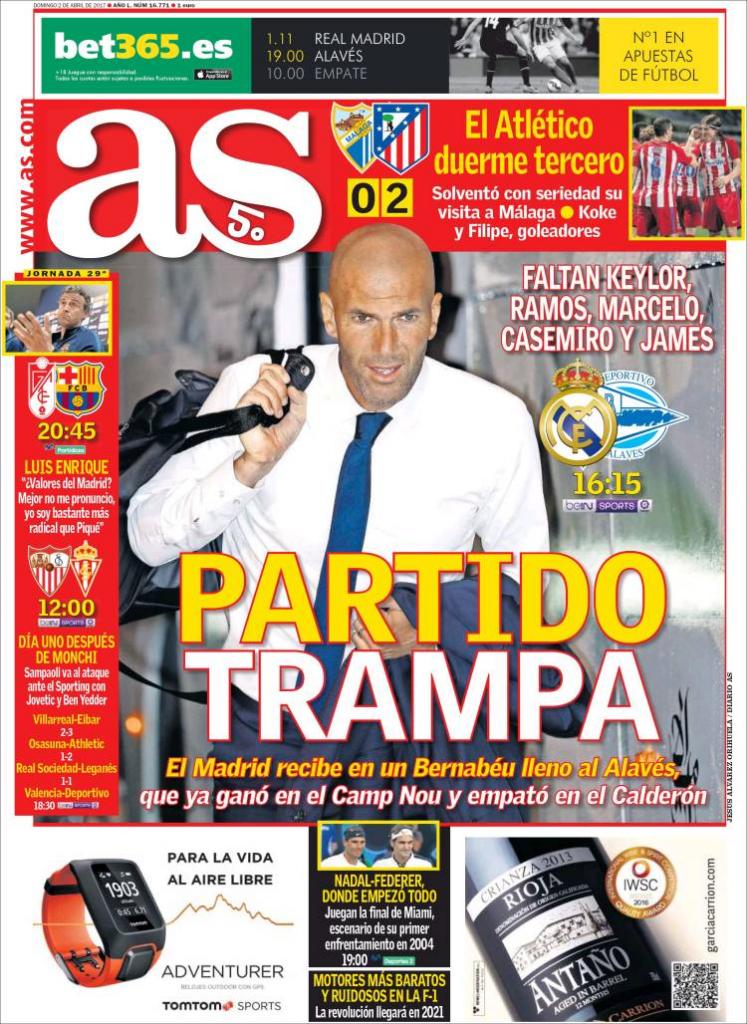 A full house at the Bernabeu welcomes Alaves, who have already won at Camp Nou and drawn at the Calderon

They solved their trip to Malaga with sincerity

Koke and Filipe, the goalscorers

Day one after Monchi 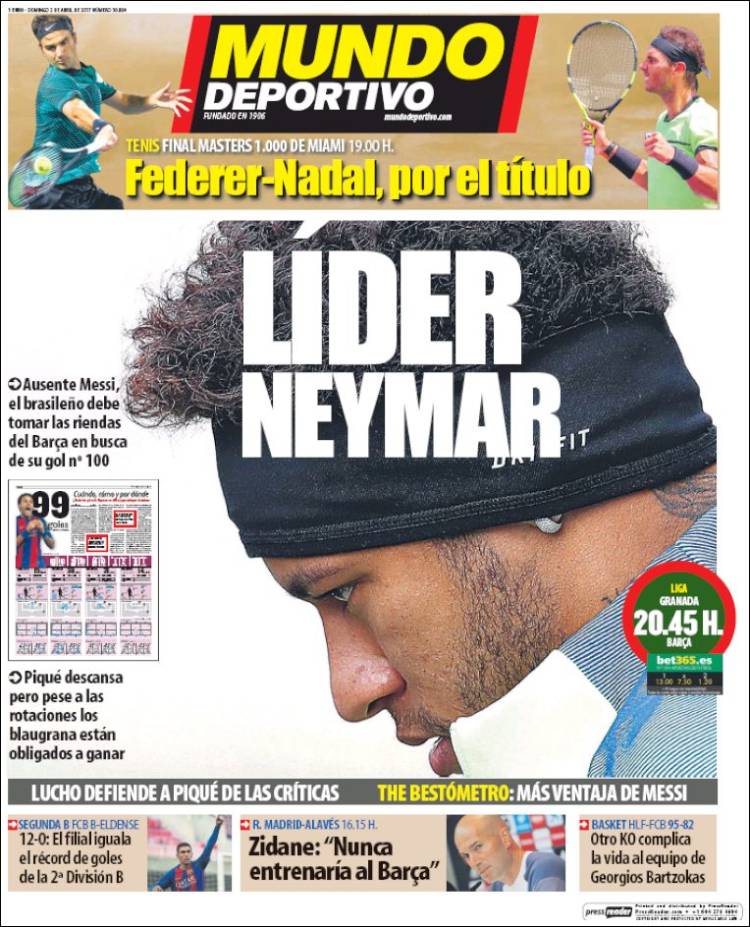 In Messi’s absence, the Brazilian must take Barca’s reins in search of his 100th goal

Pique is rested, but despite the rotations, the Blaugrana are forced to win

Lucho defends Pique from the criticism

12-0: the youngsters equal the record of goals in one match in Segunda Division B