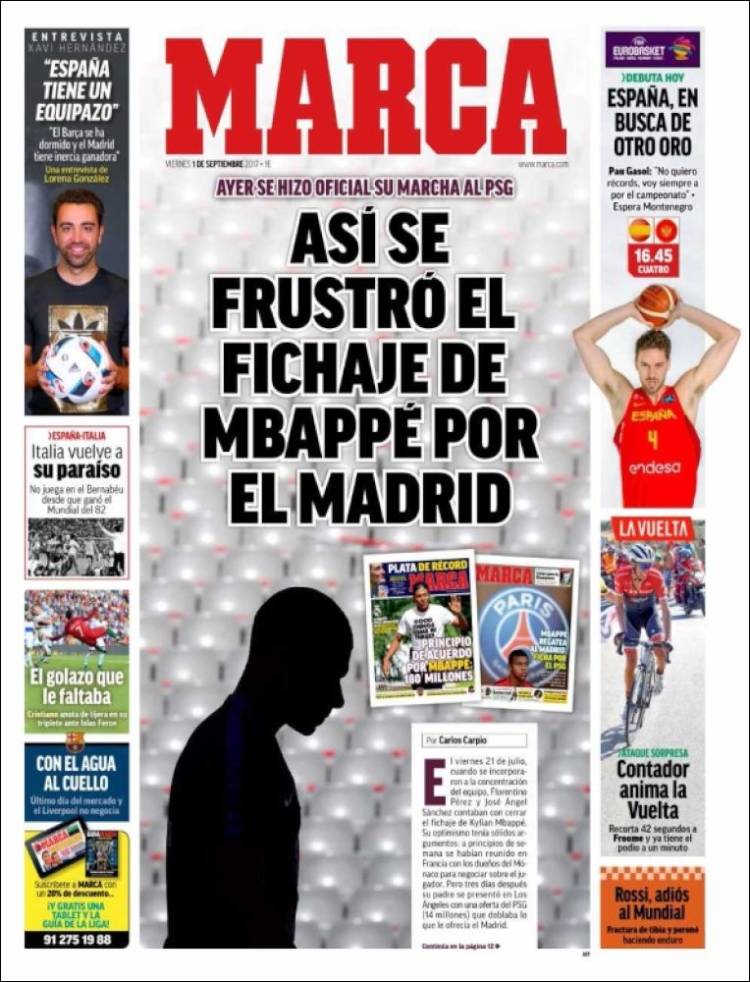 This is the frustration of Madrid's attempts to sign Mbappe

Yesterday made official his move to PSG

Xavi: Spain have a great team - Barca have fallen asleep and Madrid have the momentum

Italy return to their paradise

The great goal that was missing

With water to the neck - last day for Barca's Coutinho assault 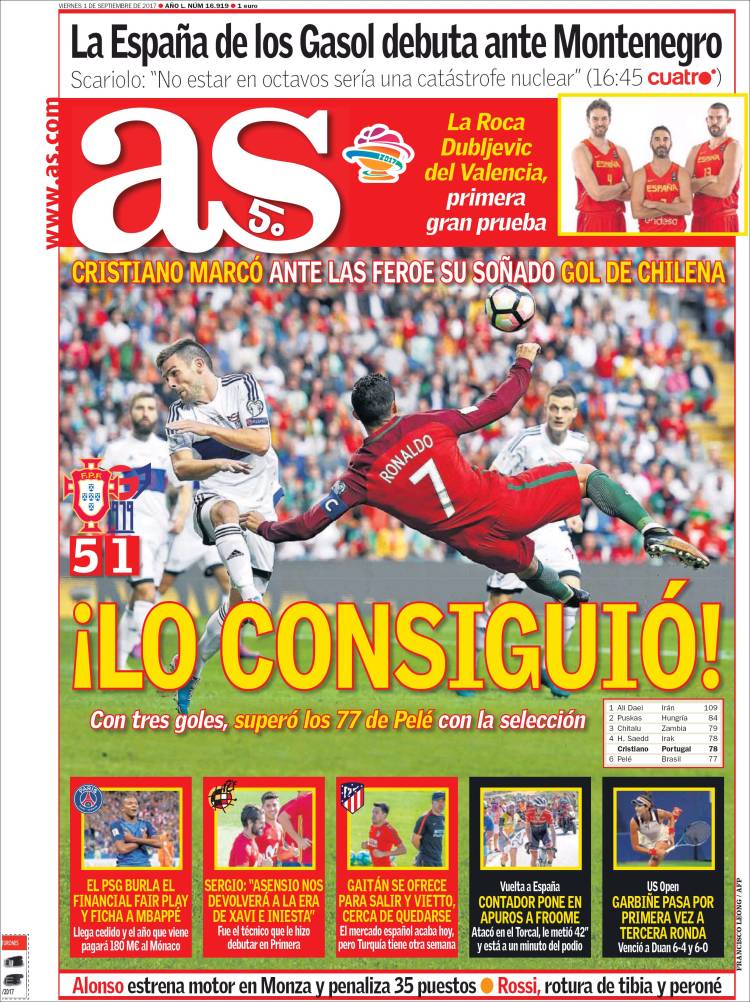 Gaitan to be offered for exit and Vietto close to leaving - Spanish market closes today, Turkish one next week 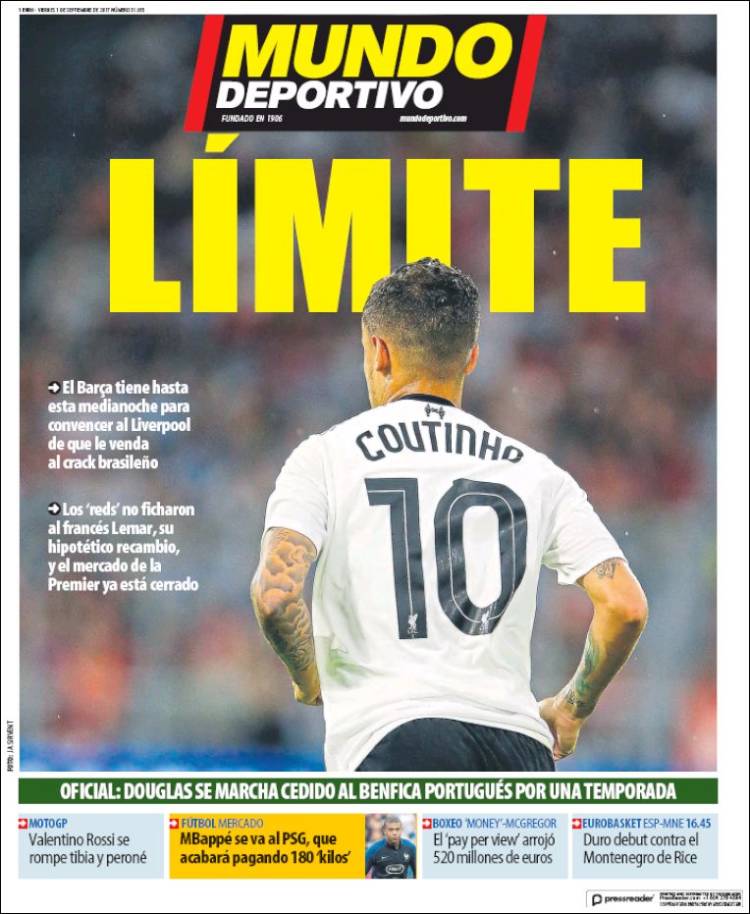 Barca have until midnight to sign Liverpool player, who missed out on Lemar and English market is now closed